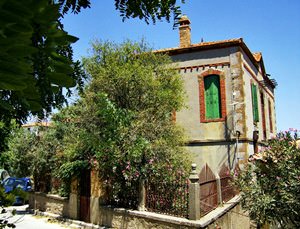 Lemnos is not one of the most well-known and big islands in Greece. But there are many important historical monuments. The island was inhabited long ago, in the middle of the Neolithic. Phoenicians, Cretans, Pelasgians and Minoans lived here. Greeks believed that the island was also inhabited by Amazons. When Jason’s expedition landed on the island, Amazons attacked them and captured in order to increase the population. So, Minoans appeared because of the union between Amazons and the Argonauts.
Guide to Limnos Island sightseeing - things to see and to visit
Limnos is one of the most charming, quiet and comfortable of the Aegean islands. This lovely Greek island is of volcanic origin, so it’s rich in flora and fauna. Over the past few …

Open
Lemnos had cult importance for Greek people. According to ancient Greek legends, the island was sacred to Hephaestus, god of metallurgy. His father, Zeus, threw him on this island. Hephaestus had to survive and asked locals for help. In gratitude, he told them the secrets of metal processing and built several forges on Despotis mountain. The legend can be truthful because there were found ruins on the top of the mountain, but scientists haven’t discovered something particular yet.
Lemnos was inhabited by different people. Persians, Athenians, Spartans, Macedonians, Romans Byzantines, Venetians, and Turks left their mark on the island. Due to a large number of various settlers, there are still archaeological excavations on Lemnos. The excavations had been started a century and a half ago. Some of the findings were sent to Athens, but many interesting exhibits can be found in the Archaeological Museum of Lemnos. The museum itself is located in a neoclassical mansion of the 19th century in Myrina. Copyright www.orangesmile.com
Family holidays with kids in Limnos Island. How to entertain your child, things to show to children.
Lemnos is an island where you can introduce your child to the basics of Greek mythology. According to ancient Greek legends, the island was sacred to Hephaestus, god of metallurgy. Zeus …

Open
A large part of the museum’s collection includes household items, weapons and armour which were found in ancient city Poliochni. The settlement dates back to the 4th millennium BC and it was founded many centuries before the famous Troy. If you want, you can visit the excavations of the ancient city, which are located near Poliochni village. Although not all of the excavations are finished, you can admire a part of the houses, churches and streets. Scientists believe that the settlement was abandoned because of the severe earthquake. Locals decided not to restore the settlement after the disaster. 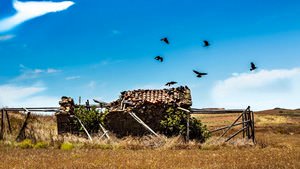 Ancient ruins were also found in Myrina. Well-preserved Castle of Myrina(Kastro) is located here. It was built in the 12th century by Byzantines. The castle was rebuilt for several times and now it is the largest fortress in the Aegean Sea. Kastro protected inhabitants from the pirate rides, took part in several wars, including the Russo-Turkish War, which ended with the liberation of Greece from the rule of Turkey. The walls of the fortress were strongly damaged, but they were restored and Kastro looks wonderful now.
Cuisine of Limnos Island for gourmet with top restaurants and cafe
If you want to be fully satisfied with your holidays on Lemnos, be sure to enjoy local cuisine. Fortunately, there is no lack of catering establishments on the island. Locals call them …

Open
Be sure to visit the ruins of the ancient capital of the island Hephaistia. Greek traditional theatre, necropolis, temples and houses show how the ancient Hellenes lived. The Sanctuary of the Kabeiroi lies in the north-east of Lemnos. Moreover, you can visit a Medieval fortress in Kontias. Don’t pass by the Panagia Kakaviotissa built in the 14th century and the Church of Agios Georgios built in the middle of the 19th century. The second one even wasn’t restored. You can also visit the chapel of Agios Sozon. The building is dedicated to the patron of the island and it is a place of pilgrimage for local residents.

This guide to cultural sights Limnos Island is protected by the copyright law. You can re-publish this content with mandatory attribution: direct and active hyperlink to www.orangesmile.com.
Limnos Island - guide chapters 1 2 3 4 5 6 7 8 9

The Rhodian fortress is one of the cult buildings of antiquity. The former is situated on the island of Rhodes, in the city of the same name. Once, one of the eight Wonders of the World - the Kolos of Rhodes - was there. For many hundreds of years, the Hospitallers of this impregnable fortress has been protecting it from the Muslims. You can also see the Rhodes acropolis, where the ruins of the temple of Apollo, the amphitheater, and the stadium are preserved. A large number of museums and historical monuments are found on the island of Crete, in the town of Heraklion. This place was named after the legendary Hercules. It is worth to visit the palace-temple in Knossos. This ancient city was the center of the Minoan civilization and the cult of Zeus. … Open

Excursions over cultural sights of neighbours of Limnos Island

Lemnos
The main value of Lemnos is historic Christian temples and unique archaeological areas in which researchers discovered traces of ancient settlements. Each city and each village has its own unique historical symbols. An ancient Venetian fortress has been preserved in the capital of Lemnos, the city of Μύρινα. It is located in an incredibly picturesque place between two ... Open »
Thassos
Potamia village is located in the mountainous area of Thasos. It is known as the origin of famous artist Polygnotus Vagis. The municipal museum dedicated to Polygnotis was open in 1992, so today everyone can enjoy his priceless artworks. Another place of tourist’s interest is the Cape Aliki; ancient temple ruins are located there. Scientists guess that it was built in 7th ... Open »
Lesvos
Old icons will be interesting to absolutely everyone; every year the church is visited by a huge number of pilgrims. The most attractive place for walking is an ancient Greek port, which is surrounded by buildings dating to 18th-19th centuries. Here you can see some beautiful and modern houses. Such a contrast makes the old district even more compelling in the eyes of ... Open »
Kavala
Kavala is a city that has a rich history and because of this fact it has many interesting landmarks that are definitely worth visiting. In the past, the city often changed its “owners”, and the architecture of Kavala is a reminder of these periods in the history of the region. For example, Kamares is a Turkish aqueduct that was built in the XVI century. Kavala was under the ... Open »
Alonissos Island
There is a huge barrel for wine, patitiri, in the port. Local inhabitants gave a humorous name to their settlement. There is an information dissemination centre not far from the monument. It is dedicated to the life of rare monk seals which live in the waters of Alonissos. You can visit the centre for free and explore photos, models, slides and text information about these ... Open »
Sporades Island
On Skiathos, there is also a pretty famous medieval castle Castro. It was built in the far 14th century and for many years served to protect the inhabitants of the island from the pirate raids. On the powerful walls the long-range guns were located, which were capable of shelling enemy ships. Until the 15th century, the fortress was part of the Byzantine Empire, later came ... Open »

Culture guide to Limnos Island. Which fascinating sights to visit once you are in Limnos Island: temples, churches, museums, theaters and castles. Recommendations (with addresses, phone numbers and links) on the places 'must visit' in Limnos Island. Plan your own city excursion by using this page info!