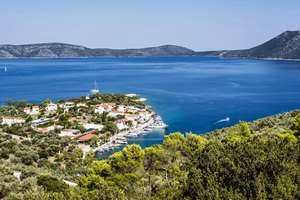 Despite the fact that Alonissos was inhabited long ago, it didn't play an important role in the events of Antiquity and Middle Ages. Leaders changed one after another, one era followed another and life on the island took its normal course. Alonissos was not interesting for robbers and pirates, so the government didn't spend time on building a fortress to protect locals. Chora, the main capital of the island is situated on a hill and has a strategically advantageous location. But there are even no stone walls around it.
Your active city break in Alonissos Island. Attractions, recreation and entertainment - best places to spend your day and night here
Alonissos is not the biggest island of the Aegean sea. However, those who enjoy long walks will find routes of different difficulty and length. You can reach Chora in less than an hour, …

Open
However, Chora is almost uninhabited now. The earthquake of 1965 caused damage to the Greek islands including Alonissos. The capital was partly ruined and locals didn't restore their houses and moved to Patitiri, the modern capital and the main port of the island. A rather steep road leads from Patitiri to Chora, but if you are strong enough, you can reach this place. It will give you a chance to touch the history of Ancient Greece and see the houses which have been standing at their places for more than a century.
There is a huge barrel for wine, patitiri, in the port. Local inhabitants gave a humorous name to their settlement. There is an information dissemination centre not far from the monument. It is dedicated to the life of rare monk seals which live in the waters of Alonissos. You can visit the centre for free and explore photos, models, slides and text information about these animals which are considered to be endangered species. Copyright www.orangesmile.com
Best beaches and recreation areas around Alonissos Island
The island features picturesque beaches, for many visitors of Alonissos they become major holiday destinations. The grounds of National Marine Park never cease to attract fans of diving. The …

Open
Despite its size and recent building, Patitiri has a museum with reach collection of exhibits. You can find it in a beautiful gorgeous stone building on the South side. The private Mavrikis Folklore Museum is opened from 11 from 7 pm. There are various exhibits. You can see many works of local artisans, traditional costumes, weapons, items connected with sea and sailors and also a lot of items found during the period of the Greek Revolution (1821-1829). The entrance ticket includes a drink in a nearby café. 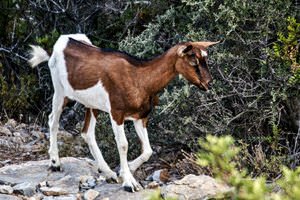 Those who are interested in antiquity won’t be bored on Alonissos. There are the ruins of Ikos ancient town. The excavations of the ruins are held near Kokkinokastro village, which is located on the North. It is the oldest village of those which were found on the Aegean Islands. The settlement was partly ruined by time and weather, but there are still parts of houses, churches and fortifications. Ikos was not an important historical town but you should definitely find some time for visiting the ruins.
Top hotels in Alonissos Island for business trip or short vacation
The main feature of the island is an abundance of amazing private houses and small hotels located on the slopes of the mountains and near the coast. One of upscale accommodation places is …

Open
Archaeologists have found prehistorical settlement not far from Kokkinokastro and Ikos. Preliminary excavations suggest that it is the oldest settlement of all the Aegean sea. Not all of the artefacts have been found yet. You can visit nearby Pelagonisi Island where were also found ruins of a settlement dated back to the 6th millennium BC. Kyra Panagia is an island where you can see two monasteries, one of them is deserted. If you love diving, you can admire the main treasure of Alonissos. It is a large sunken ship. Moreover, there are remains of 8 Byzantine ships close to the bay of Vasilikos.

In the section below, you can get one of our excursion, activities or city discovery tours over Alonissos Island and surroundings. Our website offers 10-30% lower ticket prices, when compared to the offline purchase on the spot.

This guide to cultural sights Alonissos Island is protected by the copyright law. You can re-publish this content with mandatory attribution: direct and active hyperlink to www.orangesmile.com.
Alonissos Island - guide chapters 1 2 3 4 5 6 7 8 9

Excursions over cultural sights of neighbours of Alonissos Island

Sporades Island
The Northern Sporades are distinguished by the presence of a very large number of various temples and churches. On the archipelago, for example, there is the church of St. John, more known among fans of cinema as the church "Mamma Mia", named after the eponymous movie, which was shot here. The church is located at a hundred meters high, which makes it possible to enjoy a good ... Open »
Skopelos Island
Remains of the citadel of ancient Selinous and the ruins of ancient baths can be found near Loutraki. Scientists believe that the baths are dated back to the 4th century BC. The ruins of the temple of Athena is dated back to the 5th century. There is also the Holy Archangels Monastery and a wonderful church of Agios Ioannis Kastri. The second one is a remarkable place. The ... Open »
Skiathos
For years, it has been the most important fortifications on the island and has repeatedly defended it from invaders. Today the castle is partially restored; it is home to the town library and the theater, which regularly hosts various cultural events. In the upper part of the city there is a famous religious landmark, the Church of the Three Hierarchs. There are lots of ... Open »
Skiathos Island
Skiathos was conquered by different states during history. A large Persian squadron was set up close to the island during the Greco-Persian wars. It helped Greeks to win on land and the leaders of Skiathos joined the Maritime Union of city-states. Later the island was conquered by the Roman Empire and it became a part of Byzantine. The knight crusaders took the island from ... Open »
Evvoia Island
First of all, you should take a walk around Chalkida, the capital of the island. It was built on a place of a more ancient, antique settlement, and you can still find the remains of the buildings here and there. The architecture from the times of Turkish and Venetian ruling here can be noticed in Kastro district. The best view on the city you can catch from the Karababa Castle, ... Open »
Thessalia Region
There are few sightseeing attractions in Volos. However, here you can find several interesting museums, for example, the Archaeological Museum (Athanasaki 1). This one of the oldest archaeological museums in Greece houses a great wealth of findings. Considering that the excavations are actively conducted in Thessaly, it constantly increases the number of its new exhibits. It ... Open »