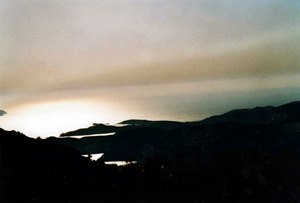 Ios is a place where you can get to know the traditions, culture and customs of ancient Hellenes. According to testimonies of reliable ancient writers, like Herodotus and Pausanias, Ios was the island where Homer died. His tomb can be found in Platokos. Homer was buried here because his mother was from Ios Island. Unfortunately, there is no information about her burial place and the place she lived in. Chora is the capital of Ios. It is known not only as one of the most party city in Greece. This city has a long rich history and attractive streets, beautiful churches and ancient houses. There is a great number of the historical building on Ios, many of them are cult buildings such as the church of Agina Ekaterini, Agios Ioannis (John the Baptist) church and the Church of Saint Irene. You can find the ruins of an ancient fortress in Chora, which was presumably built at the times of conflicts between Greeks and Muslim conquers. Unfortunately, the fortress hasn’t preserved to present times. Ancient windmills are situated at the top of the hill near Ios. You can visit this place and enjoy amazing views.
Best beaches and recreation areas around Ios Island
Mylopotas Beach is the most popular and the busiest beach of Ios. It’s located next to Chora and its port area. This sand beach is about kilometer long and is known for lively …

Open
If you are interested in the history of the island, be sure to visit the local history museum. There is a rich collection of household items, weapons and jewellery, found during years of excavations. Engineering was highly developed in ancient Greece, you can visit Agia Theodoti and see the ruins of ancient water supply and a tower. Other settlements of the island have their ancient artefacts too - the remains of ancient temples, like in Psafi. One more interesting place is ruins of a tower, situated near Plakoto.
Ios was the arena of many bloody battles for many times. Greeks, Romans, Byzantines and, of course, Venetians visited this island. Every leader had to protect the land from the leaders of neighbouring countries and pirates, who attacked and robbed all nearby settlements. The Venetians built a large and beautiful fortress to protect Ios, which can be seen not far from the Paleokastro. The building was damaged by time and weather. But it is possible to see the remains of the building. It is easy to feel the spirit of the middle ages on Ios, just spend some time walking through the local settlements, most of which were building five centuries ago. Copyright www.orangesmile.com
Top hotels in Ios Island for business trip or short vacation
Comfortable guest houses and apartments are the most extent hospitality places on Ios, but there's also a good choice of luxurious resort hotels. Dionysos hotel in Mylopotas is widely …

Open
If you like cult objects, frescos and icons, try to visit as many local churches as possible. They were built at different times and charm visitors with interior beauty. Be sure to visit the Museum of Modern Art in Kolitsani. There are presented modern artworks and you will get to know to modern Greek artists, poets and writers. Moreover, there are hold different photo exhibitions in summer. Ios is a wonderful place, where the rich historical past is intertwined with an eventful present.

In the section below, you can get one of our excursion, activities or city discovery tours over Ios Island and surroundings. Our website offers 10-30% lower ticket prices, when compared to the offline purchase on the spot.

This guide to cultural sights Ios Island is protected by the copyright law. You can re-publish this content with mandatory attribution: direct and active hyperlink to www.orangesmile.com.
Ios Island - guide chapters 1 2 3 4 5 6 7 8 9

Unique spots in Ios Island and near 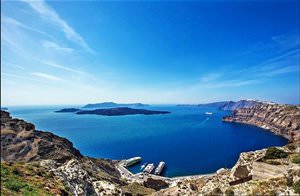 Distance from Ios Island center - 36.5 km.
Located on the Greek island of the same name, Santorini is one of the oldest and most powerful volcanoes of our planet. According to the researchers, it could cause the disappearance of the Minoan civilization. As scientists suggest, its most powerful eruption happened in the 17th century BC. The explosion, which took place during the eruption, was so strong that it could be compared with the one-time explosion of several hundred nuclear bombs. … Read further

Distance from Ios Island center - 33.3 km.
The Greek island of Amorgos is located not far from the more famous island of Santorini and has started to attract the tourists relatively recently. In addition to the enchanting beaches of unspoiled nature, the island is characterized by a unique architecture. Its streets are made of incredibly beautiful houses with snow-white walls. Wooden windows and doors are painted differently. Different plants and flowers that locals breed in pots give the urban streets even more magic look. … Read further

Excursions over cultural sights of neighbours of Ios Island

Folegandros Island
Folegandros wasn’t a well-known place during the height of ancient Greece. The island didn’t play an important role in the battles between city-states and then it fell under Roman authority with other settlements. Venetians made the greatest contribution to the development of the island. Marko I Sanudo, the first Duke of the Duchy of the Archipelago conquered Folegandros ... Open »
Santorini
The island of Santorini keeps numerous unique landmarks and sites among which tourist will find remarkable archeological areas. A recommended spot to visit for tourists during Santorini vacation is the ancient city of Acrotiri which is located in the southern part of the island. In 1860 local workers discovered ancient constructions and buildings on the area. A result of long ... Open »
Paros
The island of Paros has carefully preserved the heritage of the past. Its territory keeps numerous unique historical objects. The most remarkable and significant landmark of the capital of the island is the Panagia Ekatontapiliani church. The literal meaning of the principal church of the city is the church of hundred doors. The first religious construction on its place was ... Open »
Naxos
The rich history of Naxos is embodied in a huge number of attractions, including ancient temples and Venetian fortress built by the Byzantines and many museums that tell visitors about the most interesting historical and cultural features of the island. Among the main landmarks of the island, the Portara Gate has to be mentioned; those are ruins of the ancient Apollo’s ... Open »
Sifnos Island
Sifnos has a turbulent past. Once there was an important outpost of the Phoenicians and Koreans. Later the island became famous for its ceramics, became a target for pirate raids and their home base, later moved to the Venetian Empire, and returned to Greece relatively recently. With such a history, it is not surprising that you can see here a large number of monuments from ... Open »
Amorgos Island
The tower of Gavras is a perfect place where you can get acquainted with the work of archaeologists. The tower is situated in the capital of the island, Amorgos. It is an amazing monument of Venetian architecture built in the 16th century. There is an archaeological museum inside the building. The museum’s collection is rich with weapons, armour, tools and household items ... Open »

Culture guide to Ios Island. Which fascinating sights to visit once you are in Ios Island: temples, churches, museums, theaters and castles. Recommendations (with addresses, phone numbers and links) on the places 'must visit' in Ios Island. Plan your own city excursion by using this page info!