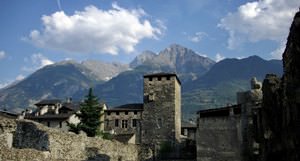 Aosta is famous for its magnificent castles and old mansions. There are still many historical buildings in the territory of the city, so no wonder why so many tourists wish to explore it. The Arch of Augustus is an important excursion object of the city. The arch was built from giant blocks yet in 25 B.C.E. The height of the monument is 11.4 meters. In the 14th century, the arch was fully restored and a new protective facility appeared there. Currently, an arbalester corps is located there.
Guide to Aosta sightseeing - things to see and to visit
As a famous ski resort, Aosta is well-known for its luxury hotels and wide specter of services and entertainments. The town is divided into three independent districts with each of them …

Open
Travelers will be impressed by the exhibition of the local Archaeological Museum that is open just a few steps away from the cathedral. The museum exhibits many precious artifacts including terracotta vases, items made of glass and stone, antique household items, tableware, frescos, and sculptures. A beautiful model of the ancient city is a magnet for all visitors of the museum. Only best professionals worked hard in order to make this detailed model. This museum is perfectly suitable for both adults and families with children.
The city funeral yard is also an interesting landmark. Tourists will see several ancient buildings, the ruins of an ancient mausoleum and temple. The ancient Roman villa built in the 1st century B.C.E. is also an important landmark of the area. It’s a large architectural complex that includes not only a gorgeous mansion but also many agricultural facilities. The ruins of the ancient villa were discovered relatively not long ago, in 1971. Copyright www.orangesmile.com
Family holidays with kids in Aosta. How to entertain your child, things to show to children.
In Aosta, tourists with children will have the opportunity to set up an interesting active holiday. A great place for hiking and exploring will be Gran Paradiso National park. It is located …

Open
Aosta suburbs are also rich in architectural landmarks. One of the most beautiful castles in the region, Verres, is located there. The castle was constructed at the end of the 14th century and has managed to survive until our days in great condition. Verres Castle is the traditional location of a popular dancing festival. There is a wonderful observation deck near the castle. It is a great place to admire the picturesque town. Issogne Fortress is a no less beautiful architectural landmark. First mentions of the fortress belong to the 12th century. Walls of the castle still have interesting inscriptions that were made by the owners and servants who lived there. In the yard of Issogne, there is a fountain of a very unusual garnet shape. It has become one of the main symbols of the castle. 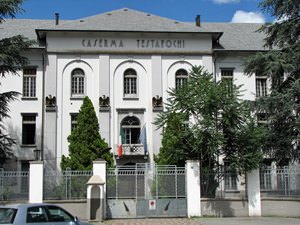 The Cathedral mentioned above is, without a doubt, one of the most important religious landmarks of the region. The building that tourists can see these days was built in the 11th century. Until that time, a beautiful church stood on the site of the cathedral. Inside, the building is as gorgeous and interesting to explore as outside. The cathedral exhibits priceless religious artifacts, and its windows are decorated by skillfully made stained-glass windows that date back to the 15th century.
Cuisine of Aosta for gourmet with top restaurants and cafe
Perhaps, fontina cheese remains the most popular delicacy that tourists can try in Aosta. According to many travelers, the cheese tastes excellent. Various meat delicacies are also popular …

Open
Museums of Aosta are a great place to know more about history and traditions of this region. Visiting them will help to understand various aspects of the human and natural environment of the valley. II Ferdinando Fortresses and Frontiers Museum is one of such places. Open on the first level of the fortress, this museum offers detailed information about the development of defense and siege techniques, blockade systems, and more. Visitors will hardly find one more museum with such a detailed explanation of the configuration of medieval fortresses and the history of fortifications in the Alps. Tourists will learn more about people who crossed the mountains, lived in this region, explored or fought for it, defended and fortified the region. As the exhibition covers several centuries, it’s incredibly interesting to explore. 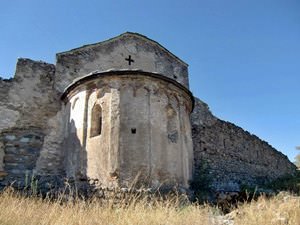 A beautiful architectural monument of the 12th century is Castello di Quart. The castle has long become a hallmark of the city, and the reason for this can be understood because it really amazes anyone from the very first glance at it. Going inside, you can find a beautiful courtyard and the original chapel. The views from here will incredibly touch even the most sophisticated tourist, which means you should definitely take a camera with you. Another prominent attraction, which is worth a priori visit, is Porta Pretoria. This is the realest gateway to the city, and they should definitely be passed through so that the city “approves” your acquaintance with it. They are perfectly preserved, and their particularity is that there are three passageways here: two archways are for passengers, and the central plaza is for carts.
Authentic traditions, festivals and lifestyle of Aosta inhabitants
Local people follow many interesting traditions. Their habits and attitude to some spheres of life can look quite unusual for tourists. For example, wine is a traditional national drink in …

Open
There are many interesting ancient ruins in the city, many of which date back to the Roman times. Teatro Romano is one of such attractions. Built under the order of Emperor Claudius, the theater is a magnificent example of the Roman architecture. The terrain is even called “little Rome”. The Christmas Fair is held here, and it seems that there is no better place to host such an event. Chiesa Paleocristiana di San Lorenzo is another interesting open-air museum. Among the exhibits you will come across here are findings of ancient graves, and slabs. The place is simply mesmerizing with its mystery. 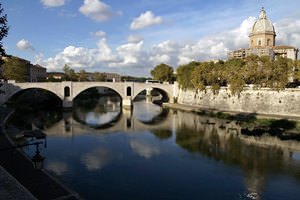 That notwithstanding, the most mysterious place in Aosta is Criptoportico Forense. This is a horseshoe-shaped indoor gallery situated next to Cattedrale di Santa Maria Assunta e San Giovanni Battista. Ancient drawings that can be seen here bring about thrill and delight. The place itself evokes ambiguous emotions as it is both eerie and pleasant at the same time. You can feel the spirit of those times – Criptoportico Forense was built in the times of ancient Rome. The place will impress you not only with its scale and sensations, but also with its excellent preservation. You will be glad to note that you do not need to pay a dime in order to visit this place.
Your active city break in Aosta. Attractions, recreation and entertainment - best places to spend your day and night here
Aosta never ceases to attract fans of alpine skiing. Local trails are comfortable and suitable for both beginner sportsmen and experienced skiers. There are several skiing schools in the …

Open
Ponte Romano is another building from the time of the Roman Empire. However, there is no water under the bridge, since the water has changed its course. The bridge, just like most of the other buildings in Aosta, is perfectly preserved. It still looks massive and reliable. Priorato di Sant'Orso, a beautiful Renaissance palace, elegant and decorated with amazingly beautiful elements, was built at the end of the 15th century. Inside it you can find magnificently preserved frescoes. Also, there are two remarkable towers of the Middle Ages – Torre del Lebbroso, built in the 15th century, and Torre dei Signori, whose construction dates back to the 12th century.

In the section below, you can get one of our excursion, activities or city discovery tours over Aosta and surroundings. Our website offers 10-30% lower ticket prices, when compared to the offline purchase on the spot.

City tours, excursions and tickets in Aosta and surroundings

This guide to cultural sights Aosta is protected by the copyright law. You can re-publish this content with mandatory attribution: direct and active hyperlink to www.orangesmile.com.
Aosta - guide chapters 1 2 3 4 5 6 7 8 9 10 11 12 13
Reference information
Map of all palaces

Public palaces near Aosta
♥   Palace 'Royal Palace of Turin' Torino, 79.3 km from the center. On the map

Photogallery of cultural heritage of Aosta

Excursions over cultural sights of neighbours of Aosta

Valle d'Aosta
Valle d'Aosta is a wonderful land with charming scenery and rich historical heritage. Fans of excursions associate this region with impressive ancient castles and forts, churches and an abundance of ancient temples, as well as amazing museums and art galleries. One of the oldest and most picturesque cities in the region is Aosta; its historic center is literally created for ... Open »
Chamonix
Chamonix would surprise its guests with an abundance of attractions; sightseeing will please vacationers. The Alpine Museum invites tourists to learn many interesting facts about the history of the valley and see its collection of interesting exhibits. Part of its exposition is dedicated to the history of skiing; among exhibits there are interesting collections of minerals and ... Open »
Zermatt
Modern sports infrastructure remains the main value of the resort. It’s a fabulous place where visitors can have fun and enjoy their favorite sports literally all year round. Zermatt doesn’t have a rich variety of historical landmarks and cultural centers. However, it offers quite an interesting tour program for its guests. In the heart of the village, visitors will see one ... Open »
Saas-Fee
The modern Allalin restaurant is a real local attraction. Many tourists come to Saas-Fee just to have lunch in it. In general, the cuisine is the same here as in any other local restaurant. Allalin is known for its location. The restaurant is located at an altitude of three and a half kilometers. If this is not enough for the status of an outstanding institution, you should ... Open »
Crans-Montana
Nearby is a unique religious landmark - the Valère Basilica. The exact date of foundation of this church is unknown, it has been repeatedly rebuilt since its construction in the Middle Ages. Now it keeps a lot of unique religious artifacts. The main treasure of this church is an old organ whose sound can be heard even today. It is considered to be the oldest functioning ... Open »
Meribel
In the nearby town of Moutiers, you can see the wonderful Église de Saint Pierre, one of the oldest religious buildings in the region. According to historical data, the construction of the cathedral took place in two stages, starting in the middle of the 11th century. After construction, it remained the main residence of the archbishop for a long time but eventually lost its ... Open »

Culture guide to Aosta. Which fascinating sights to visit once you are in Aosta: temples, churches, museums, theaters and castles. Recommendations (with addresses, phone numbers and links) on the places 'must visit' in Aosta. Plan your own city excursion by using this page info!