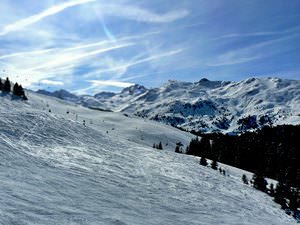 Although Meribel cannot boast historical attractions, there are lots of them in its immediate surroundings. At any time of the year, travelers are offered fascinating tours, during which they can see not only iconic historical sites but also enjoy natural sights. Within the resort, you can explore a large planetarium, which a single research center with an observatory. It hosts daily thematic tours allowing visitors to see modern astronomical equipment, as well as admire the stars through powerful telescopes. It'd be interesting to visit the planetarium with children, as special programs are arranged for them here.
Family holidays with kids in Meribel. How to entertain your child, things to show to children.
The French city of Meribel is primarily associated with a ski resort. And it's not for nothing, as it boasts some of the best ski slopes in France. The proximity to Vanoise National Park …

Open
One of the region's most visited cultural centers is the Les Allues Museum introducing visitors to the history of the region. The museum keeps a very diverse collection including important historical documents and manuscripts, as well as old photographs of the resort area. A significant part of the exposition is devoted to the traditions and lifestyle of the indigenous population. In the museum, you can see household items that were used by locals hundreds of years ago, as well as interesting handicrafts and works of art.
Nearby is an important religious monument - an old church built in honor of St. Martin. The church has managed to preserve its original architectural appearance and interior decoration as much as possible. Ancient icons and other religious artifacts are stored within its walls. For local residents, the historic church has long become a full-fledged cultural center that hosts classical music concerts regularly. Copyright www.orangesmile.com
Cuisine of Meribel for gourmet with top restaurants and cafe
Meribel allows its guests to get acquainted with the traditions of regional cuisine. Culinary masterpieces are served at every local restaurant. You can try many interesting poultry dishes, …

Open
Trips to the nearby village of La Grave are popular among fans of historical areas. After hundreds of years, it has managed to preserve its inimitable historical charm. The main historical symbol of the resort is a beautiful church erected in these places back in the 12th century. Over the long history of its existence, it has been repeatedly rebuilt and reconstructed. The religious monument retains elements of various historical periods. The church is located in the very center of the village near the main square and the picturesque historic streets. The village will be a great place for leisurely walks, here you can see traditional houses of locals and other interesting historical monuments at every step. 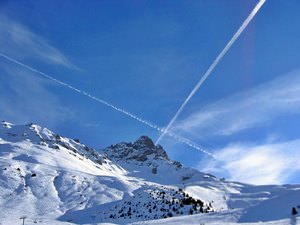 In the nearby town of Moutiers, you can see the wonderful Église de Saint Pierre, one of the oldest religious buildings in the region. According to historical data, the construction of the cathedral took place in two stages, starting in the middle of the 11th century. After construction, it remained the main residence of the archbishop for a long time but eventually lost its original purpose. The eastern part of the cathedral is considered the oldest. After the completion of the first stage of construction, it has been preserved almost unchanged.
Authentic traditions, festivals and lifestyle of Meribel inhabitants
Today, Meribel is known as one of the best French ski resorts, which is visited by professional athletes and world celebrities. A hundred years ago, on the site of the top-notch resort, …

Open
By the beginning of the 19th century, the religious monument was desolate and collapsed gradually. Over time, local authorities decided to undertake its complete renovation. The restoration of the cathedral lasted several decades, and it was possible to rebuild it as close to historical traditions as possible. Near the cathedral, there is also a picturesque historic district whose guests can stroll through charming narrow streets and admire local houses. 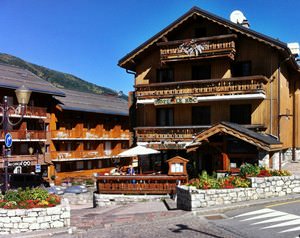 Meribel lives a rich cultural life: throughout the year, many interesting exhibitions dedicated to various areas of contemporary art are held here. The resort is often visited by modern artists and fine-art photographers, and in winter, it hosts an exciting ice sculpture contest. Despite the fact that there are no historical buildings in the resort, it is famous for the outstanding monuments of modern architecture.
Your active city break in Meribel. Attractions, recreation and entertainment - best places to spend your day and night here
In winter, the main entertainment for visitors to Meribel is skiing - the resort is ready to offer slopes of various difficulty levels. There are excellent conditions for skiing and …

Open
Here you can see luxurious alpine chalets designed in keeping with beautiful regional traditions. Most local hotels and other facilities are built of natural wood. Traditional chalets look very elegant and solid at the same time. Interesting routes are offered to hiking enthusiasts at any time of the year, while the greatest variety is still available in summer. During the tours, you can visit picturesque mountainous areas and natural observation points offering breathtaking views of the Three Valleys.

In the section below, you can get one of our excursion, activities or city discovery tours over Meribel and surroundings. Our website offers 10-30% lower ticket prices, when compared to the offline purchase on the spot.

City tours, excursions and tickets in Meribel and surroundings

This guide to cultural sights Meribel is protected by the copyright law. You can re-publish this content with mandatory attribution: direct and active hyperlink to www.orangesmile.com.
Meribel - guide chapters 1 2 3 4 5 6 7 8
Reference information
Map of all palaces

Cathedrals and basilicas near Meribel
♥   Cattedrale di S. Giusto, Susa, 48.6 km from the center. On the map

♥   Basilique-Cathédrale Saint-François-de-Sales, Chambéry, 52.8 km from the center. On the map

♥   Basilique Notre-Dame de la Visitation, Annecy, 63 km from the center. On the map

♥   Basilique Saint-Joseph des Fins, Annecy, 65 km from the center. On the map

♥   Cathédrale Notre-Dame-de-la-Salette, Antsirabé, 77.3 km from the center. On the map

Photogallery of cultural heritage of Meribel

Excursions over cultural sights of neighbours of Meribel

Courchevel
One of the main cultural centers in the region is the Chamonix Alpine Museum. This museum introduces visitors to the development of skiing in the region, much of its exhibits are devoted to the Olympic Games. Now the popular museum's collection has expanded significantly, here one can see a collection of rare minerals that were found in these places. It also houses a rich ... Open »
Alpe d Huez
Old villages in the vicinity of the resort attract numerous fans of sightseeing. They are great for admiring picturesque old houses. Some settlements even have interesting cultural centers and museums. Do not miss an opportunity to visit Conservatoire des Industries Hydroélectriques, a well-known museum located in Vaujany. This museum is dedicated to the development of the ... Open »
Briancon
Tourists interested in the historical past of the region will also find it exciting to visit the Museum of Mining. This is a large informational hub that is dedicated to different aspects of mining. Visitors will find out how mining was developing in the region, see old equipment, and find out cultural and heritage aspects of this industry. Even though Briancon is famous ... Open »
Chamonix
Some cultural institutions may seem rather unusual to travelers. These should include the Museum of Mer de Glass. Its collection includes a lot of unique sculptures of ice. It is noteworthy that every year new sculptures are created, so every year a visit to the museum would be an unforgettable adventure. Not far from the Ice Museum there is Espace Tairazz that became a ... Open »
Annecy
The main city cathedral – Cathedrale Saint-Pierre – is a historic landmark that is famous beyond the borders of Annecy. The construction of the gorgeous shrine ended in 1535. Initially, the cathedral was built for the Franciscan priory. Cathedrale Saint-Pierre escaped any large damages over the centuries. Today, visitors can visit it and admire the marvelous old altar and ... Open »
Aosta
Museums of Aosta are a great place to know more about history and traditions of this region. Visiting them will help to understand various aspects of the human and natural environment of the valley. II Ferdinando Fortresses and Frontiers Museum is one of such places. Open on the first level of the fortress, this museum offers detailed information about the development of ... Open »

Culture guide to Meribel. Which fascinating sights to visit once you are in Meribel: temples, churches, museums, theaters and castles. Recommendations (with addresses, phone numbers and links) on the places 'must visit' in Meribel. Plan your own city excursion by using this page info!