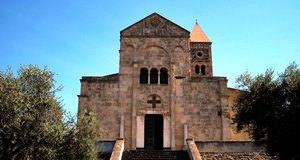 It’s enough to see the cultural calendar of Sardegna to appreciate its multifaceted culture. It includes the most original celebrations and festivals; the history of many celebrations dates back more than one hundred years. Annually the picturesque town of Mogoro holds the colorful Carpet Festival representing works of the best masters of the island. The first festival was held in 1961 and since then it has become a good tradition.
Guide to Sardinia sightseeing - things to see and to visit
Sardegna is the second largest island of the Mediterranean. Cagliari is the capital of the island. Each of eight Sardinian provinces is interesting in its own way. Sardegna has long been a …

Open
Today, Carpet and Crafts Fair is known to admirers from many different countries. Many tourists come to the festival to pick up their orders from craftsmen, which have being woven for months. Ordinary travelers would find the festival interesting too, as there they can watch musical performances or learn the art of weaving carpets.
Each year, Quartu Sant’Elena hosts Sciampitta Festival that got its name from the old local dance. In 1985, the festival gained international status. Today, it is attended by dance groups from different countries. The festival takes place in mid-July and lasts for five days; its program includes dancing performances and other events associated with the culture of the island in one way or another. Copyright www.orangesmile.com
Cuisine of Sardinia for gourmet with top restaurants and cafe
Original dishes of Sardegna are called healing ones for a reason; the fact is that only natural and organic products are used to cook. Today, a significant part of the national menu consists …

Open
Fans of historical festivals would like Giostradel Saracino, which takes place during the second half of June in Arezzo. This scenic tilting was first held in the 13th century. Initially, it had an exceptionally practical importance, as during the tournament knights were honing their skills. Over the years, this large-scale event became more spectacular; every year more and more people are arriving to watch it. Exciting competitions of knights dressed in armor look real; those tournaments remain the main event of the festival. 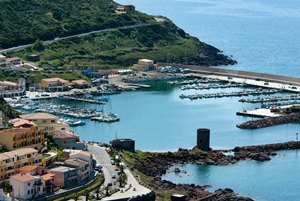 One of the most popular events on the island is Shampitta Folk Festival held in Quartu Sant'Elena. Initially, the event was attended by local teams only, but these days, musicians, dancers and artisans from all over the world come to participate. Almost all entertainment events and performances take place in the open air. These beautiful ethnic festivals represent various amazing traditions.

This guide to traditions and festivals in Sardinia is protected by the copyright law. You can re-publish this content with mandatory attribution: direct and active hyperlink to www.orangesmile.com.
Sardinia - guide chapters 1 2 3 4 5 6

Cathedrals and basilicas near Sardinia
♥   Duomo di S. Nicola, Ottana, 12.8 km from the center. On the map

♥   Basilica della Madonna di Bonaccattu, Bonarcado, 30.6 km from the center. On the map

Survived castles around Sardinia
♥   Castle 'Castello Malaspina' Bosa, 47.4 km from the center. On the map

Italians are incredibly fond of communication, and therefore making friends among locals is very simple. When getting acquainted, they pay much attention to where the person came from and what he does. Italians are happy to look for new friends and constantly expand their social circle. Children in the country are very anxious. All establishments, from restaurants to cinemas, are sensitive to small guests. Owners can give them a free portion of ice cream or just entertain the kid. Italians are accustomed to enjoying life. They are always smiling and sincerely looking forward to any communication. If someone accidentally pushes an Italian and then apologizes, the incident can develop into an exchange of compliments and full acquaintance. … Open 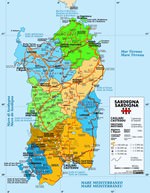 Colors of Sardinia in photos

Traditions and festivals in cities around Sardinia

Cagliari
The culmination of the festival is a solemn procession that passes through the main streets of the city and ends near the church. Dressed in ancient costumes, people carry a huge wooden statue of the saint and walk in the main streets of the city, praising his great deeds. Mass festivities last several days, and the festival is traditionally accompanied with interesting ... Open »
Ajaccio
Practically all local attractions hint tourists that here the great Napoleon Bonapart was born and spent his first nine years of life. Here you will be able to enjoy the ancient cathedral, where the commander entered the cross, as well as his residence, many of Napoleon's monuments and museums. At the foot of Mount Kap Kors, you will find a Genoese bastion of Bastia, ... Open »
Corse
To get acquainted with the culture and traditions of local people you have to visit one of their national holidays. Every year in Corsica interesting festivals and religious celebrations, competitions and fairs are held. No matter what is the subject of a holiday, it is always accompanied by performance with folk music, dancing and tasting of special treats. Every year, on ... Open »
Bastia
Fans of sports may be excited to attend Tour de Corse that takes place on the island at the end of May. The 700+ kilometer long cycling race covers all main towns of the island, such as Bonifacio, St. Florent, Calvi, Solenzara, Bastia, Porto & Piana, Corte, and Ajacco that is the starting and finishing point of the race. Of course, these are not all festivals that take place ... Open »
Elba Island
People in Elba as in other regions of Italy, like communicating with others. We don’t talk about a couple of common words, but about a full acquaintance. So if you want to improve your Italian or just want to have an interesting conversation, you won’t be disappointed. Just keep in mind that Italians are expressive, they gesture a lot and raise their voices when talking. ... Open »
Rome
Day of the foundation of Rome is the most interesting national holiday. It is celebrated annually on April 21. Sometimes the celebration lasts for several days and during the holiday here are organized various interesting cultural events and ceremonies. By the way, every year the goddess of Rome is chosen during the festival. This is the winner of a beauty contest. Vestals ... Open »

Cityguide on traditions, mentality and lifestyle of people in Sardinia. Learn the best periods to visit Sardinia to discover its soul - authentic festivals, events and celebrations. We will also reveal the interesting habits, attitude towards the world and to tourists in Sardinia.