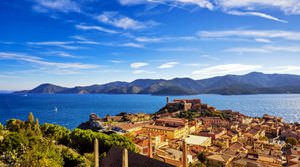 People in Elba as in other regions of Italy, like communicating with others. We don’t talk about a couple of common words, but about a full acquaintance. So if you want to improve your Italian or just want to have an interesting conversation, you won’t be disappointed. Just keep in mind that Italians are expressive, they gesture a lot and raise their voices when talking. There’s no conflict, they just express emotions. You should also remember that for the local people the most important thing is to enjoy life in all its aspects and not an aspiration for wealth. Probably, this is the reason for the total absence of punctuality. A shop that is supposed to be opened at 9 a.m. may still be closed at 10 or 11 a.m. and siesta can start at noon instead of 1-2 p.m. The delay of public transport is also a common practice.
Cuisine of Elba Island for gourmet with top restaurants and cafe
The cuisine of the island differs from the traditional Italian, mostly due to the strong influence of Middle East. For example, one of the traditional dishes of Elba is imbollita, a …

Open
It is interesting that in Elba there is a popular “one-beep-call” tradition when a recipient doesn’t have an opportunity to pick up the phone. Here it is a sign of attention, some kind of “hi, I remember about you”. Remember that it’s totally normal for Italian men to scratch their genitals on the street, but it is inappropriate to comb your hair in public. Most of the islanders are avid Catholics, and religion plays an important role in their lives. However, they are also quite superstitious, respect folk omens, believe in horoscopes and psychics.
It is quite common for the Italians to live with their parents till they are 30-40 years old. They get married late, mostly because divorce here is difficult and expensive. The family is the most important thing in the life of every Italian. There are many traditional Italian family businesses in Elba, where they pass it from generation to generation. Interestingly, there is mostly matriarchy in families, but men will never admit it. For every citizen in Elba “bella figura” or “keeping the façade” is important. It is not common here to go shopping, wearing a dress that does not match a shopping bag, and to go outside in something that you wear inside is out of the question. “Façade” plays an important role not only in the choice of cloth. This is mostly the reason, why the Italians behave as the masters of life. Copyright www.orangesmile.com
Excursion over cultural sights of Elba Island - 'must visit' points of interest
In Elba, you can visit a lot of cult buildings, which has a rich history. For example, The Church of Mercy, named in honor of the Brotherhood, founded by Giovanni Medici, has been opened to …

Open
It is common here to admire women despite their age and appearance. And they do it honestly. Remember that for people in Elba politeness is very important, so don’t hesitate to apologize first, even if it wasn’t your fault. A simple apology and an accidental encounter turns into the exchange of compliments. An interesting pattern is that even though alcohol in Italy is consumed everywhere and almost throughout the whole day, there are not many drunk people on the streets and lack of control of your own behavior raises serious irritation. 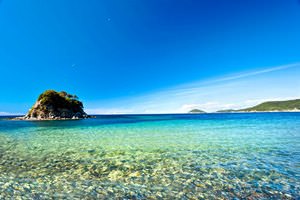 People in Elba like to party and they know how to. On May 5th they celebrate the Day of Napoleon Bonaparte, who had lived on the island for several years. After the festive service, the costume procession goes from The Church of Mercy to the Villa Mulini. On July 14th in Capoliveri commune, they celebrate Maria’s love for Lorenzo. According to the legend, five centuries ago a girl called Maria jumped into the water after a pirates’ sheep, where her loved one was kept a prisoner. On Saint Chiara’s Day on August 12th you can see a great firework, and at the beginning of September in Capoliveri commune there is a wine and harvest festival with music, sketches, and certainly wine tasting. There is also Jazz Festival on the island in September. Last weekend in Poggio and Marciana they celebrate The Chestnut Day, when you can try different dishes from this nut. Besides that, all important Catholic dates are celebrated widely on the island. From Christmas till New Year in the capital of the island there is a series of celebratory events, called “Christmas week”.

This guide to traditions and festivals in Elba Island is protected by the copyright law. You can re-publish this content with mandatory attribution: direct and active hyperlink to www.orangesmile.com.
Elba Island - guide chapters 1 2 3 4 5 6 7 8 9

City tours, excursions and tickets in Elba Island and surroundings

Cathedrals and basilicas near Elba Island
♥   Chiesa Abbaziale di S. Antimo Martire, Piombino, 26.3 km from the center. On the map

Survived castles around Elba Island
♥   Castle 'Castello di Punta Ala' , 38 km from the center. On the map

♥   Castle 'Rocca Aldobrandesca' Scarlino, 49.4 km from the center. On the map

♥   Castle 'Castello di Casallia' Vetulonia, 57.9 km from the center. On the map

Colors of Elba Island in photos

Traditions and festivals in cities around Elba Island

Bastia
Corsica is a Catholic island and Bastia is no exception. That is why religious festivals and holidays are extremely important for local people. Holy Week and Easter are, without a doubt, the most celebrated holidays. In addition to traditional processions, this is the time when tourists can hear the traditional Corsican polyphonic singing. Of course, Bastia has much more to ... Open »
Livorno
Concert and gastronomic venues are set up along these canals for festival days. Life does not freeze here literally for a minute. Artists organize interesting performances under the open sky, while exhibitions and masterclasses are held in local art galleries. Festival guests will enjoy incendiary open-air concerts. Gastronomic programs are another integral part of the ... Open »
Tuscany
August is associated with Sagra culinary festivals, which are held in various cities of Tuscany and are well-known to gourmets from around the world. It is noteworthy that every year the festival is dedicated to a particular dish; best Tuscan chefs compete to cook the best of it. During the festival, guests are offered not only to taste delicious national food, but also to ... Open »
Siena
After the competition, festive marches are held on a town’s street. An entertainment program ends late at night. Typically, Palio is celebrated twice a year - in early July and mid-August. Among other features of Siena, lively and fun atmosphere of the city streets is worth mentioning. The fact is that one of the most prestigious universities in Europe is situated here, so ... Open »
Lucca
The festival will be of great interest not only for comics readers and admirers and gamers but for the youngest travelers. A special entertaining program with sportive games, contests and competitions for youngest festival travelers is also included in the schedule of the event. The major part of the events takes place in the historic part of the Lucca town. Interesting ... Open »
Corse
Music fans would be glad to visit Bastia Music Festival, which is usually held in mid-October. The event resides world-famous music bands; besides, holidaymakers always have an opportunity to visit performances of local musicians. Representatives of different genres are involved in a concert program, so the festival will appeal to all guests without exception. Those were just ... Open »

Cityguide on traditions, mentality and lifestyle of people in Elba Island. Learn the best periods to visit Elba Island to discover its soul - authentic festivals, events and celebrations. We will also reveal the interesting habits, attitude towards the world and to tourists in Elba Island.