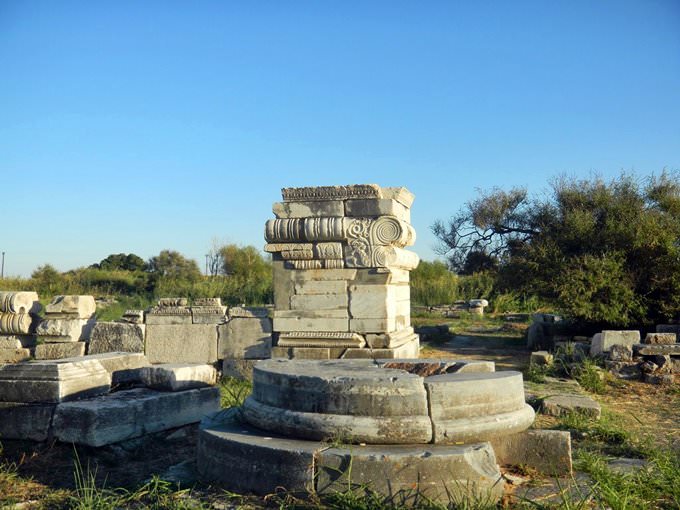 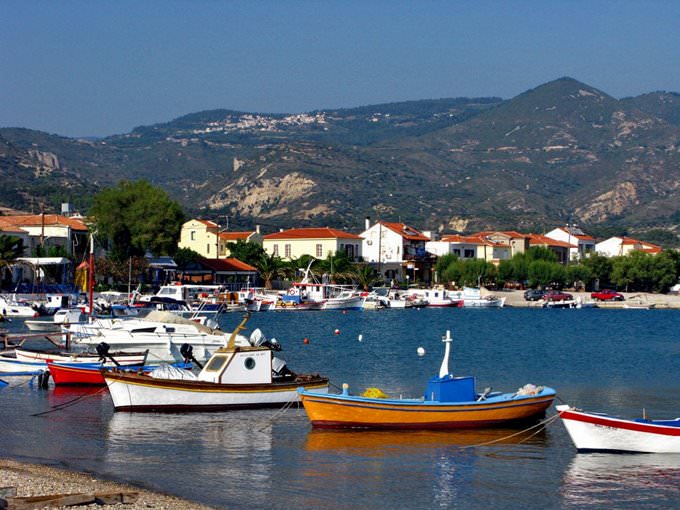 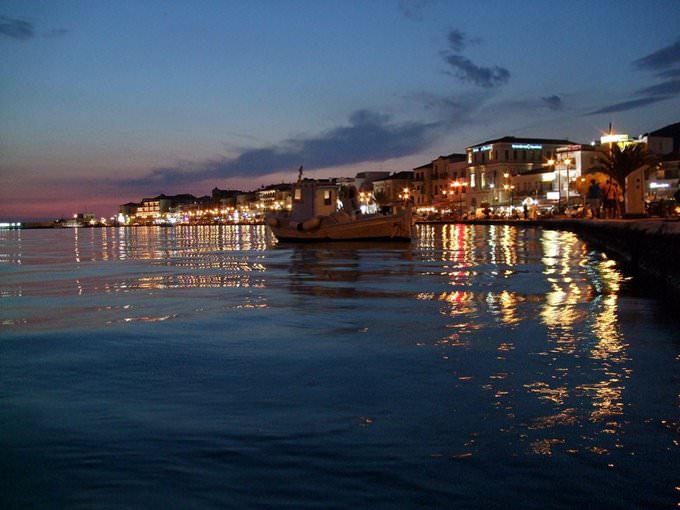 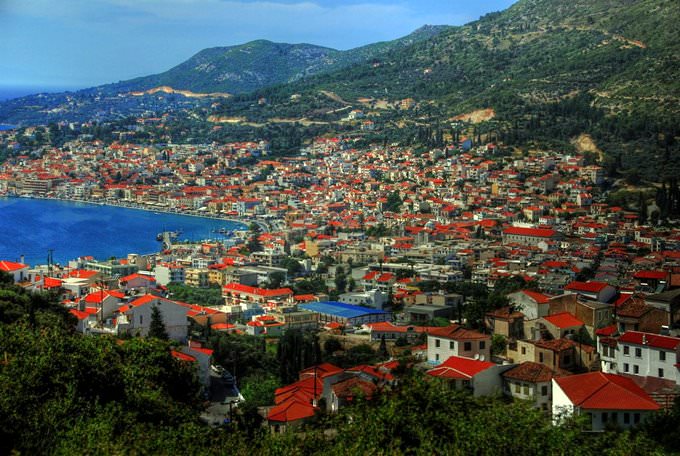 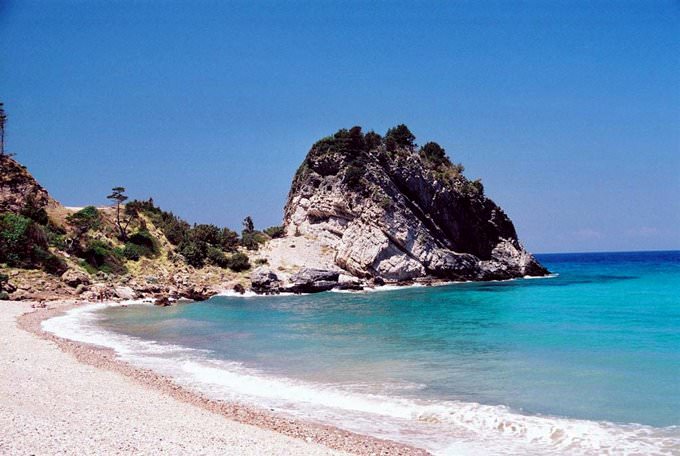 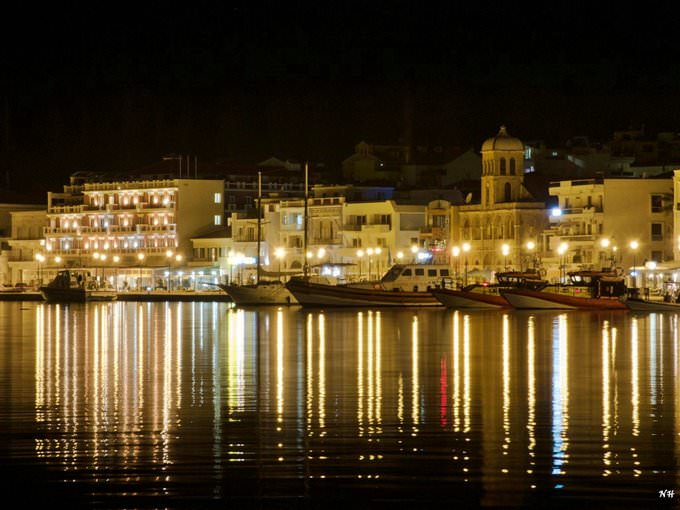 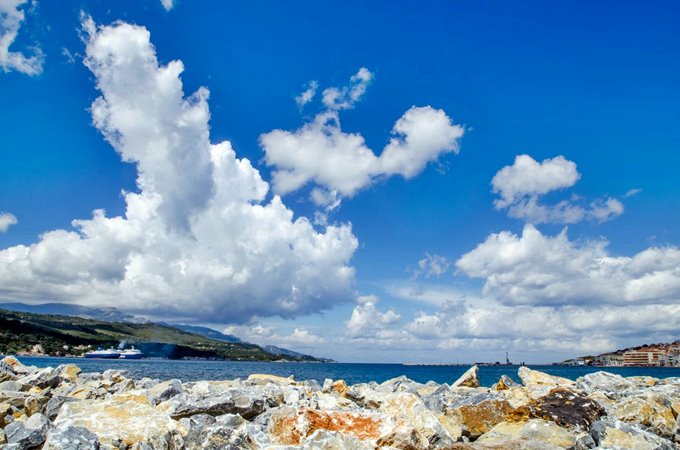 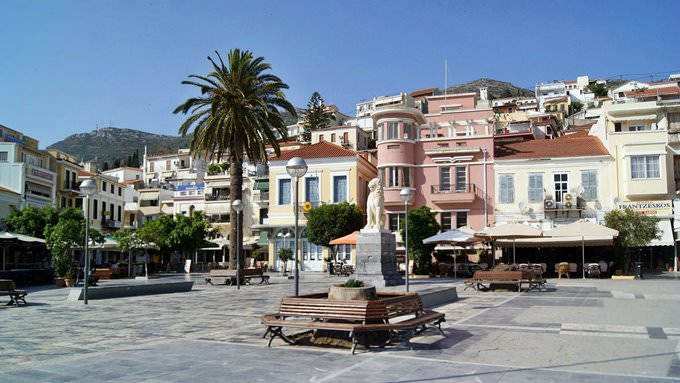 Chapters of the guide to Samos

8. Planning a vacation on Samos tourists should have comfortable shoes as one will not be able to endure long exploration of the local sights in misfit shoes. To visit beaches and seaside tourists will need special beach footwear as far not all the beaches of Samos feature ultimate cleanness. 7. Tourists are offered more than two dozens of exciting routes. The best time to set off for nature sites … Open

You can discover several interesting sightseeing objects in the vicinity of Karlovazi village. Many come here to admire unique mountain gorges and waterfalls, while others are attracted by the ancient Church of the Transfiguration, which is the oldest one on the island. Near the church, you can see the ruins of an ancient Venetian fortress. Directly in the village don't miss the opportunity to visit the Winemaking … Open

As for popular ethnic treats the original moussaka is well worth tourists’ attention. This is a vegetable dish made of eggplants. Local cuisine keeps several hundreds of recipes of moussaka cooking. These recipes are known as among expert cooks and chefs so among housewives. Local menu will be of great interest as for vegetarian diet followers so for gourmands giving preference to original vegetable dishes. On … Open

Another destination offering the most scenic beaches is the Kokkari village being a perfect place for those tourists wishing to get lost and to escape the civilization. Those travelers who get used to a more comfortable ambience will love a beach area near the Lemonaki village. This well equipped beach sinking in wild greenery will be a perfect place for serene leisure with kids. Near the Tsamadou town tourists will … Open

The center of the city locates a marvelous street running along a seaside which main attraction is the Statue of Pythagoras. The island is a birthplace of many antique noble people, with Epicurus, Pythagoras, Aristarchus and Melissus among them. Natural attractions admirers will love to visit the Pythagoras cave which is formed in one of the stiff slopes. One can get to the cave only on foot. In the suburbs of the … Open

The most popular beach of Samos is named Potami. It stretches over one kilometer, and is located near the rocky ranges and magnificent forests. Don’t forget to make a walk to such secluded parts of the island as Megalo Seitani and Micro Seitani beaches. The majority of the beaches are covered by shingle, and some of them are not protected from the wind by mountains, so they attract many windsurfers. Among … Open

Search touristic sights on the map of Samos

Photogalleries of neighbours of Samos

Samos Island
There is a beautiful monastery in a dozen kilometres from Samos. It is called Zoodochos Pigi. On your way to the monastery, you come across one more attraction- the monastery of Agia Zoni with a functioning church. The oldest Christian Church on the island is Metamorphosis near Karlovasi, it was built in the 11th century and almost haven’t changed. Be sure to visit Milos ... Open »
Kusadasi
Nearby is the shrine of Meryemana, which is still a "place of power" for many people. The story goes that the Catholic nun Anne Catherine Emmerich had a vision that in this area one can find a house in which the Virgin Mary once lived until the end of her life. True or not, hundreds of pilgrims, just like locals, believe in it wholeheartedly. The shrine is a significant ... Open »
Patmos Island
It's worth spending some of your time on a walk through the streets of the port city of Skala. Though it is quite young, as they started building here only from the 19th century, when the threat of pirate attacks passed, it is on these streets where you can see many fine examples of a century-old architecture. It is worth wandering around the capital city of Patmos or Chora. ... Open »
Leros Island
In the city of Agia Marina, in which Platanos flows smoothly, one can see the Archaeological Museum, the largest on the island, which exposition tells about the local life since the time of the first settlers to our days. If you take into account all the wealth of the history of the island, it becomes clear why the museum exhibited such a large number of finds. Agia Marina ... Open »
Ikaria Island
Be sure to visit Kambos. It is a relatively small village nowadays. But large and important settlements like Greek Oinoe, Roman Odeon and Byzantine Dolihi. Dolihi was the capital of the island for a long time. If you come to the settlement, you will see ancient buildings as well as modern houses where local inhabitants live now. The ruins of Oenoe and Odeon remains are ... Open »
Izmir
During your walk down Ataturk Caddesi Street you can go to Republic Square and then reach to Trade harbor. This is a beautiful area numerous modern buildings, among which you will find several major shopping malls and the building of Stock Exchange - a true example of modern architecture. Many unique historic sites are located in the district with the mysterious name Roman ... Open »
Kalymnos Island
You can start your acquaintance with the island from its capital, city-port Pothia. The settlement itself is small, cosy and Greek. Pothia is not an ancient town. It was built in the 19th century when it was not necessary to live behind stone walls to hide from pirates. The Castle of Chora was built in the 11th century. This building reminds people of ancient times. The ... Open »
OrangeSmile.com - online travel reservation expert providing reliable car rental and hotel booking services. We feature more than 25.000 destinations with 12.000 rental offices and 200.000 hotels worldwide.
Secure Server