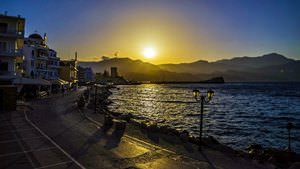 Karpathos reached its height in 5-6 century A.D, during the times of the greatest power of ancient Greek civilization. Romans, Byzantines, Turks and Venetians visited the island. Each of these cultures has left its mark on the island. It is noteworthy that the island has only recently begun to attract tourists. Due to this fact, the life and customs of the inhabitants have preserved a special national colour, which hasn’t lost under the influence of modern culture.
Guide to Karpathos Island sightseeing - things to see and to visit
The Greek island of Karpathos situated next to Crete is well-known to modern tourists. This is an amazing island that has experienced a lot of important historical stages for hundreds of …

Open
Olympos is considered to be one of the most popular attractions. The settlement is a real ethnographic open-air museum. Locals live, work and spend their free time like they did centuries ago. Each of the owners of the houses has his own field and garden which provide them with everything. Local artisans make leather goods, using exactly the same technology as their fathers and grandfathers. The shoes from Olympos are well known for their high quality. Local potters are ready to teach anyone the basics of their craft for a small amount of money.
Be sure to visit Potideon. It was founded by the Mycenaean people who conquered the island of Karpathos during the 14th century B.C. The Mycenaeans built an acropolis on a rocky hill, 23m high, above Potideon and they left a lot of traces of their presence on the island, such as pieces of pottery and coins. Archaeological findings have shed light on the important role of Potideon for the prosperity of the island. Ancient Greeks believed that Athene was born here. Moreover, Homer mentioned the city in his work. Copyright www.orangesmile.com
Family holidays with kids in Karpathos Island. How to entertain your child, things to show to children.
Karpathos is a perfect place where you can introduce your child to Greek history. Small children and teenagers won't be bored here. Olympos is a village situated 65 kilometres from the city. …

Open
Arkasa is an ancient settlement, there are still remains of its ancient Acropolis. It is built on rocky cliff. You can come here and explore the old streets and houses. Moreover, there are still fragments of the early Christian Basilica, built between the 4th and 6th centuries. Aperi, the ancient capital of the island has remained in its made-up state. Pigadia is the capital of Karpathos. It is not rich with architecture, but you should come here and visit the local archaeological museum. There is a rich collection of weapons, armour, jewellery and household items of different eras. 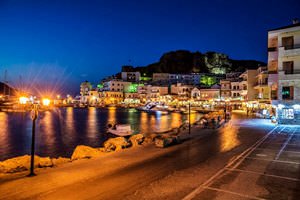 Be sure to visit picturesque villages near the capital of the island. Inhabitants of Menetes, Volada and Piles live according to old Greek customs and traditions. They are not interested in modern fashion and wear national costumes. People and houses create an amazing atmosphere.
Cuisine of Karpathos Island for gourmet with top restaurants and cafe
Karpathos is a place where you can taste delicious Greek dishes and find a great number of taverns. Locals love to gather around the table with friends and family, enjoying food and drinks. …

Open
There are folk museums in Menetes and Othos. The exhibit consists of houses, where you can see ancient furniture and household items. Menetes Folklore Museum has a rich collection of hand-painted plates. If you are interested in religion, visit Arkasa. There is a church museum where you can see a collection of clothes, books and cult items. There are several churches on Karpathos, built in different eras.

In the section below, you can get one of our excursion, activities or city discovery tours over Karpathos Island and surroundings. Our website offers 10-30% lower ticket prices, when compared to the offline purchase on the spot.

City tours, excursions and tickets in Karpathos Island and surroundings

This guide to cultural sights Karpathos Island is protected by the copyright law. You can re-publish this content with mandatory attribution: direct and active hyperlink to www.orangesmile.com.
Karpathos Island - guide chapters 1 2 3 4 5 6 7 8 9

Excursions over cultural sights of neighbours of Karpathos Island

Tilos Island
Despite the fact that Tilos Island is rather a small island, there is a bunch of diverse places of interest. Many travellers come to the island to spend here just a few hours just walking along the embankment and swimming. Even though it’s pretty possible to get a general impression of the island, you won’t be able to see all the essential historical monuments or local ... Open »
Rodos
The island of Rhodes is of great interest for touring and excursions fans as well as for historical sites exploration admirers. One of the main symbols of the scenic island is still the Acropolis of Rhodes being a genuine trove of antique objects of interest. During an excursion to the Acropolis tourists will get a chance to observe ruins of antique temples, theaters and other ... Open »
Kos Island
The island has many monuments of different historical eras. The castle of the knights-Johannites is a living witness of the medieval history of Kos. Neratzia, as the knights called their offspring, defended the island from the raids of the Turkish pirates from the 14th to the 16th century, and was never taken. The tombs of the famous warriors, the altars of chapels, a stone ... Open »
Agios Nikolaos
Vacationers are also encouraged to participate in entertaining excursions to the beautiful Spinalonga Island. Not long ago only fishermen lived on the island and there were absolutely no buildings besides their modest dwellings. Today this is a huge museum under the open sky. Every tour guide will tell you a lot of interesting legends about the beautiful island. Gulf of ... Open »
Kos
Kos will please its guests with an abundance of unique historical monuments; fans of exciting excursions would certainly enjoy spending time here. Lots of interesting attractions are located near the seafront and in the port area; the most striking historical monument is considered Nerantzia castle. The strong fortification was built in the second half of the 15th century. As ... Open »
Kalymnos Island
The Church of the Christ the Savior is beautiful too. There are wonderful frescoes and icons inside, made by local artists. Be sure to visit the Sponge Factory in Kalymnos. It is dedicated to sponges. This is not surprising, the sponges are still produced on Kalymnos. There is only one sponge factory in the capital of the island, Pothia, it tells people about the history of ... Open »