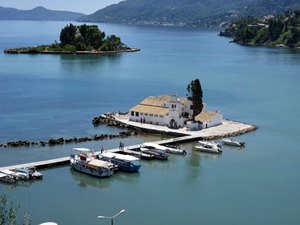 Many interesting historical and religious sites have been preserved on the island, as well as unique archaeological and incredibly beautiful natural sites. Unique architectural and historical monuments can be admired literally in any local city. The ancient city of Corfu is considered to be the unique historical center founded in the 8th century BC. Now the entire territory of the city has the status of a World Heritage Site, the city is known for its authentic buildings. Here, travelers can stroll through the beautiful historic streets, as well as see houses and churches built over 500 years ago. Everyone can climb a high hill that offers a magnificent panorama of the historic area.
Authentic traditions, festivals and lifestyle of Corfu inhabitants
Many experienced travelers believe that only on the islands one can feel the unique spirit of Greece. A very measured life reigns here, and unique national traditions can be seen in …

Open
A unique historical object is the ancient Venetian fort Paleo Frourio, which was erected by Italians in the 15th-16th centuries. The very first fortress on its site was built by Byzantines in the 8th century but was completely destroyed in the course of numerous battles. During the fort's construction, some fragments left from the original fortress were used. The Byzantine fortress' foundation has been completely preserved.
The fort stands on a small hill so its adjacent territory offers a gorgeous view of the coastal areas. At the foot of the hill, on top of which the fortress rises, the old Church of St. George has been preserved. This temple dates back to the 19th century, stones and columns left in these places from prehistoric buildings were used during its construction. Copyright www.orangesmile.com
Your active city break in Corfu. Attractions, recreation and entertainment - best places to spend your day and night here
In addition to magnificent beaches, Corfu is ready to offer tourists a lot of opportunities for interesting entertainment. It has several excellent water parks, one of the best is Aqualand. …

Open
The Venetian fortress Neo Fryrio is another important historical landmark, even though it has managed to survive to this day only partially. Built in the 16th century, the fortress has been repeatedly reconstructed under the guidance of British and French. The building is located in a very picturesque area, on top of Saint Mark's Hill. It is noteworthy that the preserved elements of the defensive construction are actively used even now. Some of the buildings are occupied by the seaport offices, and some of them are converted into a historical museum. Some rooms presently serve as exhibition halls where they regularly hold temporary exhibitions of various specifics.

Among Corfu's most beautiful architectural monuments is the Achilleion Palace built in the late 19th century. This sumptuous palace was built specifically for the Austrian Empress. After its completion, it became her favorite residence. After the empress' death, the rich snow-white palace with columns has remained in private ownership for some time and later became public property.
Advices to travellers: what you should know while being in Corfu
1. The best time to visit Corfu is the period between May and September. During this time, all beaches are open to holidaymakers, seasonal hotels and restaurants work, and a full range of …

Open
Now it is completely restored, an interesting historical museum operates within the walls of the palace. It stores collections of antique furniture, works of art, and interior items, as well as accessories that once belonged to representatives of the imperial family. The palace is surrounded by a lush landscaped garden, which in itself is an outstanding landmark. 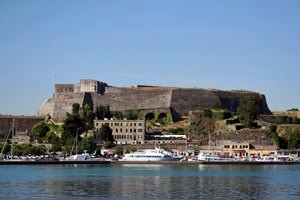 A much more modest but no less valuable historical monument is the Palace of St. Michael and St. George. It is a large-scale architectural complex in a classical style, the construction which was completed in 1824. This magnificent palace was built for a British governor and then served as the residence of one of the local knightly orders. Today, the palace houses the Museum of Asian Art, which was based on a private collection of one of the wealthy British diplomats.
Extraordinary weekend in Corfu - unusual places, services and attractions for travel gourmet
…

Open
Among the island's numerous religious sites, the Βλαχέρναα monastery stands out. It was founded at the turn of the 18th and 19th centuries. The initiators of the Orthodox monastery's construction were representatives of the wealthy Tsilibaris family. Originally a convent, in the second half of the 20th century it fell into disrepair and has been empty for several years. A major reconstruction of the convent was completed in 2005, after which it was revived as a monastery. Βλαχρναι Monastery is located on a small island connected to the mainland by a specially built wooden bridge. Valuable ancient icons are kept within the walls of this monastery. 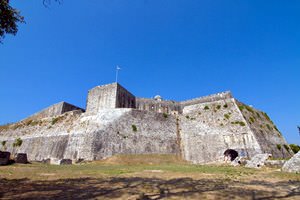 In Corfu, you can also visit St. Spyridon Cathedral located in the heart of the historic district. The Russian Empress Catherine II took part in the splendid temple's construction, and now it is considered one of the richest on the Ionian Islands. The temple dates back to the second half of the 18th century. It has preserved beautiful ancient frescoes, on which the best Italian masters worked. The main treasure of the cathedral is the relics of St. Spyridon, the patron of Corfu Island.

In the section below, you can get one of our excursion, activities or city discovery tours over Corfu and surroundings. Our website offers 10-30% lower ticket prices, when compared to the offline purchase on the spot.

This guide to cultural sights Corfu is protected by the copyright law. You can re-publish this content with mandatory attribution: direct and active hyperlink to www.orangesmile.com.
Corfu - guide chapters 1 2 3 4 5 6 7 8 9

What to visit during two-day excursion in Corfu

Public palaces near Corfu
♥   Palace 'Palace of Saint Michael and Saint George' Corfu, 0.7 km from the center. On the map 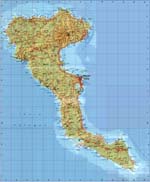 Photogallery of cultural heritage of Corfu

Excursions over cultural sights of neighbours of Corfu

Corfu island
In Kerkira you can also visit the Banknote Museum and Achillion, the Empress Elizabeths’ Palace, that later belonged to Kaiser Wilhelm. There are a lot of sculptures, household items, reliefs, made with Greek patterns in the 19th century. You should also most definitely visit the Archeological Museum and the National Art Gallery. Close to Kerkira, on the territory of Mon ... Open »
Igoumenitsa
It would be a mistake not to mention Perdhika town that offers a range of entertainments for vacationers. It is a popular destination for all fans of discos and parties. During the daytime, numerous shops and shopping complexes await new customers. Igoumenitsa will certainly appeal to all fans of active recreation because this charming city has everything needed for an ... Open »
Lefkada
Latter is next to an old cemetery where prominent artists and noble people were buried. Among other notable places, Phaneromeni monastery located on top of the mountain is worth to mention. Near the ancient monastery there are several observation decks, so tourists would have an opportunity to admire the panoramic bird's eye view of the island. Despite the fact that many ... Open »
Ithaka Island
Kathara Monastery is the largest on the island. It stands 600 meters above the sea. It is hard to reach the monastery, especially when it’s hot, but you will be happy to see the interior of the monastery with its cult objects and the icon of the Virgin, the patron and the protector of the island. Kioni is a small village built on the slopes of a mountain which survived ... Open »
Kefallonia
Kipouria Monastery is the place where visitors can not only walk in a historic area and see the building from the inside, but also admire the beautiful panoramic view. The holy place has a very unusual location – right on the top of a high cliff. If you climb here, you will see the whole island under your feet. Another important religious landmark is located in the town of ... Open »
Brindisi
Travelers, who feel tired of history-related landmarks and want to visit an amusing place, are recommended to attend the Beer Museum. This museum studies the history of beer starting from the Messapi times. A large part of the exhibition is dedicated to the Templars and beer manufacturing during the Middle Ages in general. The end of the 19th and the beginning of the 20th ... Open »

Culture guide to Corfu. Which fascinating sights to visit once you are in Corfu: temples, churches, museums, theaters and castles. Recommendations (with addresses, phone numbers and links) on the places 'must visit' in Corfu. Plan your own city excursion by using this page info!