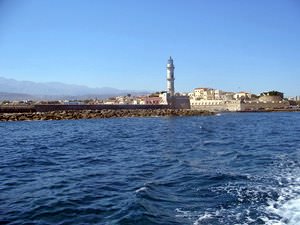 The main part of city's attractions is concentrated in the so- called Old Town. It is noteworthy that during the Second World War, this part of Chania has miraculously remained intact, so beautiful historical buildings have preserved in its diversity. Walls of the Venetian fortress line off the old district; the Kastelli is considered to be the center of the historic district.
Guide to Chania sightseeing - things to see and to visit
A pearl of Crete, this is a charming and a picturesque town, the rest in which will bring in a lot of new experiences. The old part of the town is particularly popular among tourists. Here …

Open
Vacationers are recommended to start exploring city's attractions with scenic Plateia Santrivani. Near the square there is the great Janissaries Mosque that has survived to this day in its original form. A walk through the Topanas district will give a lot of impressions; buildings dating back to of Venetian rule are represented here. Walking through the winding streets of the quarter, you can go to the beautiful Firkas fortress. Its powerful walls provide unforgettable panoramic view of the harbor area of Chania.
Powerful fortifications were built in 1929. Now the part of fortress’ halls holds a priceless collection of artifacts of the Maritime Museum of Crete. Schiavo bastion is considered to be the main attraction of the Evreika district; next to it there are several picturesque old streets too. The Splanzia is center of curious landmark objects. Copyright www.orangesmile.com
Cuisine of Chania for gourmet with top restaurants and cafe
There are more than a hundred of attractive restaurants and cafes in Chania, and every dining place may surprise visitors with its original specialties. One of the most popular and …

Open
On its territory there is an arsenal of 15th century, as well as some ancient religious buildings; the most beautiful among them are considered the Church of San Nicolas and the Church of San Rocco. A pleasant surprise waits for travelers who like to visit interesting museums and exhibition centers. 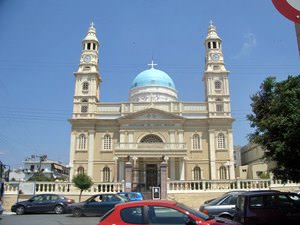 An interesting collection of artifacts is collected in the Historical Museum. Its exposition isn’t limited to the mere collection of historical artifacts, as the museum holds a priceless collection of antique furniture and weapons. The Chania Archaeological Museum invites guests to see priceless finds of scientists. Among its exhibits there are finds dating back to the times of the Minoan civilization. The significant part of the collection dates back to the days of the Roman Empire. As for the New City, the Nea Hora district with its many streets and picturesque fishing harbor is the most attractive in it.

In the section below, you can get one of our excursion, activities or city discovery tours over Chania and surroundings. Our website offers 10-30% lower ticket prices, when compared to the offline purchase on the spot.

This guide to cultural sights Chania is protected by the copyright law. You can re-publish this content with mandatory attribution: direct and active hyperlink to www.orangesmile.com.
Chania - guide chapters 1 2 3 4 5

What to visit during two-day excursion in Chania

Photogallery of cultural heritage of Chania

Excursions over cultural sights of neighbours of Chania

Rethymno
The history of the monastery is rather interesting as a while ago it was a significant cultural establishment, thereafter the monastery played a great role in the War of Greek Independence. The monastery building has been well preserved till present days, today its building is open to public and anyone can walk along its spacious halls and picturesque enclosed courts. The ... Open »
Crete
Bear Cave is located near Akrotiri-Khania. There are lots of legends associated with it. Archeologists have being working at Crete for centuries, as island is the real treasury of artifacts. You can see those precise findings at numerous museums. The Heraklion Archaeological Museum is one of the best known venues. The crown jewels of its collection are artifacts of the Minoan ... Open »
Heraklion
Your excursion program should necessarily include a visit to Nikos Kazantzakis Museum, which was opened in 1983. The museum, which is housed in a beautiful building with spacious and bright rooms, is dedicated to works of the famous writer. Among the exhibits of the museum visitors will see books and diaries of Nikos Kazantzakis, and a large collection of photographs and ... Open »
Milos Island
On the island, you can see a building, which is rather rare for Greece. We are talking about the Catacombs near Plaka. According to the historians, they were built around the second century AD. The total length of the underground passages is 185 meters, which makes the Catacombs of Milos the largest object of its kind in the country. They were actively used by earlier ... Open »
Folegandros Island
One of the most amazing local churches is the Church of Panagia (Virgin Mary). You can find it near the capital, on the top of the cliff. The construction is the quite unusual zigzag path of stone leads to the building, which is of the same snow white colour as the church. The Church of Panagia is a nice example of Cycladic architecture and its interior decoration won't ... Open »
Agios Nikolaos
Platia Eleftheriou Venizelou is the main square of the city. The main religious attraction of Agios Nikolaos, a beautiful church, is located on it. The building was completely reconstructed in 1980, and today its inner hall is decorated with skillful painting in the Byzantine style. Among the cultural institutions of the city we should definitely mention the local ethnographic ... Open »

Culture guide to Chania. Which fascinating sights to visit once you are in Chania: temples, churches, museums, theaters and castles. Recommendations (with addresses, phone numbers and links) on the places 'must visit' in Chania. Plan your own city excursion by using this page info!