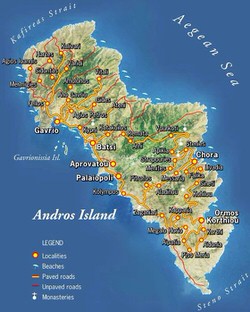 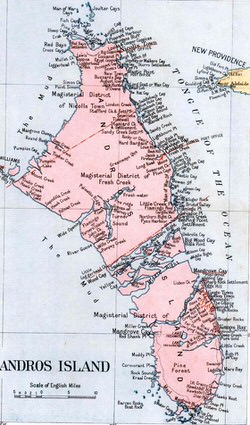 Interactive maps of hiking and biking routes around Andros Island

1. You can zoom in/out using your mouse wheel, as well as move the map of Andros Island with your mouse.
2. This interactive map presents two modes: 'Biking Routes' and 'Hiking Routes'. Use the '+' button on the map to switch between them.

This Andros Island map has two modes: 'Railway Network' and 'Landscape & Rural Map'. Use the '+' button on the map to navigate.

There is a large number of theater festivals in Greece, because the country is the birthplace of this art. In December, there is a festival of puppet theaters and pantomime in Thessaloniki. About 40 different performances are shown during 11 days. Lectures, master classes and seminars are held in the city. The Greeks are very fond of music, so music festivals are often held on the summer terraces. RockWave in Athens, where dozens of the most famous rock artists of Greece and foreign musicians come every year, is among the largest. Other significant event takes place on the island of Samothraki. That’s the world music festival. … Open

Our guide to Andros Island

It is recommended to dine at Cyclades Restaurant in Andros. In addition to the traditional Greek menu at very affordable prices, you will find a magnificent view of the sea and the island here. The restaurant is located on the second floor of the Perrakis Hotel. You can have a snack and a delicious cocktail at the Kypri Beach Bar. It is located on the beach of the same name. The bar is also owned by the Perrakis … Open

Traditions and mentality of Andros Island

You should not be surprised if you hear two Greeks loudly, almost shouting at each other, argue about something and at the same time furiously gesticulating. This is normal for the emotional residents of Greece. Siesta is a tradition that is observed by all residents. The streets are empty during daylight hours. It's really very hot on Andros in the summer. Therefore, this custom has been sacredly honored for … Open

The largest resort of the island is quite crowded, so fans of secluded and private places usually choose another place to relax, Ormos. This resort is located in a large gulf. Local beaches are very spacious and are not crowded even in the midst of the tourist season. Fans of active pastime are recommended to visit another resort, Kanduni, which is perfectly suitable for different kinds of water sports. Local … Open

Andros Island for children - what to visit

Children will love the tour to the Cyclades Olive Museum. Guests will have the opportunity to know all about olive growing and oil production technology here. This is a small private museum. Children will not only see how the oil is squeezed but also try olives and oil here. Guests can also enjoy a delicious tea. You can buy oil and handmade olive oil-based soap here. The museum is located in the village of … Open

Those who are accustomed to rest at comfortable and peaceful beaches would certainly like Gialia. This small picturesque beach covered with fine sand is surrounded by rock formations. Despite the fact that this coast is quite small, there are sun loungers and parasols for vacationers. There is always very calm atmosphere on this beach. Chora is considered one of the most beautiful among pebble beaches; it’s … Open

7. It is worth noting that in addition to vacationers, many pilgrims from Greece and Europe come to the island on certain dates. Therefore, if you plan a trip, please note that you may have some problems with booking a hotel in August, for example. 8. There are many hotels on the island. These are mostly small guest houses. Many of them are open only during the high season. Please note that numerous tourists … Open