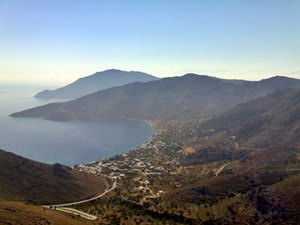 The island inhabitants are quite open and emotional. It’s a common thing here if you meet two Greek men having a heated discussion, using lots of gestures and interrupting each other. It might seem like they are arguing about something, but actually, it’s just what any normal conversation on Tilos Island looks like. Greeks can discuss in this way not only politics or chances their favourite team would win the next match but such common things as cooking coffee or weather forecast. People here just never hide their emotions. Locals, for instance, can tell jokes tight in the middle of the street, sing in a taxi or laugh loudly because of their mate’s amusing joke. Going to taverns is a national tradition, and grownups go there at least two times per week. However, the strict following of etiquette at the table is not actually welcomed here. There would be nothing wrong here if you accidentally push someone sitting next to you, will try to reach a tasty dish on the other side of a table or poor sauce right on a cloth.
Guide to Tilos Island sightseeing - things to see and to visit
The small island of Tilos is located close to Rhodes and is part of the Dodecanese. It attracts travelers primarily as the location of unique nature reserves and archaeological areas. …

Open
People can openly laugh during meetings with friends or business lunches. Moreover, locals like alcohol and they can, for example, drink a glass of retsina even in the middle of a day. However, island inhabitants have a highly negative attitude towards drunk troublemakers, whenever he or she is one of the locals or a tourist. So, if you’re not intended to humiliate yourself, watch yourself while drinking alcoholic beverages.
Remember that locals sometimes use not only common gestures. For instance, to show agreement, they nod up and down like everybody else; to show disagreement they also nod up and down clicking their tongues. In order to ask someone to calm closer, locals waggle a flat to earth hand; depending on the intensity of waggling, they show how much they’re waiting for you. Tapping one’s lips doesn’t mean a kiss or that a person’s thinking in the local culture. The gesture means that one has something to tell you. Besides, locals usually put a hand on a heart and a little bit bow head to thank. Moreover, it’s better not to remove dust from your clothes as you’re standing next to a Greek, as they would think you’re trying to insult them. Copyright www.orangesmile.com
Family holidays with kids in Tilos Island. How to entertain your child, things to show to children.
Tilos Island would be a perfect place for calm family holidays. Unfortunately, there are no such children entertainments like theme parks, but, on the other hand, kilometers of deserted …

Open
Another tradition here is to welcome other people if you come to a shop, bank, tavern, or public institution, even if all the people around you are strangers. And don’t forget that Greeks like to scold government, officials, «ridiculous» laws, and a bunch of other things they don’t like about the country. However, they will be offended if a tourist would decide to support such critics. Only Greeks can scold Greece – end of story. On the other hand, one of the best ways to ingratiate yourself to the locals is to say something positive about the island, country or, for instance, remember a fascinating fact about how Greeks and people of your country were on the one side once. 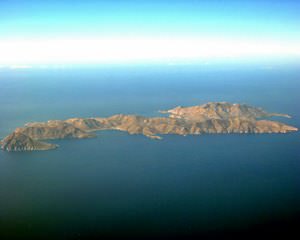 What is more, locals still don’t think that the conception of honour is something old-fashioned. Lying or getting profit from your close ones is absolutely not accepted here. Furthermore, many Tilos inhabitants believe that one should treat tourists as a member of a family. For example, you can have a meal and then promise to pay it tomorrow in some taverns.
Cuisine of Tilos Island for gourmet with top restaurants and cafe
You’ll have a bunch of opportunities to learn about local chefs’ skills. You can just express preference for breakfasts, lunches and dinners in a hotel or look for one of many …

Open
Locals don’t like working too hard in order to get profit. There is a belief here that money should bring happiness, and if it doesn’t happen, then why does one need money at all? That is why a Greek can easily spend their salary on a cool but needless gadget or to have a good time in a tavern. If locals get some extra money, they don’t invest it most of the times but spend on passing things. 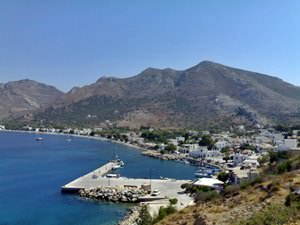 Tilos inhabitants are rather religious. The majority of them belong to the Greek Orthodox Christianity, so all the significant religious dates are celebrated in a big way here. Such celebrations as Christmas, the Baptism of Jesus (young men and women not just dive into an ice hole but also try to get a cross thrown there by a priest), Easters, the Feast of the Annunciation are great reasons for public hangings all around the island. The Day of Saint Pantaleon – an island’s protector – is highly important for locals as well. It takes place on July 25-27 and then, in August, people honor Mary in the capital.

This guide to traditions and festivals in Tilos Island is protected by the copyright law. You can re-publish this content with mandatory attribution: direct and active hyperlink to www.orangesmile.com.
Tilos Island - guide chapters 1 2 3 4 5 6 7 8 9

Survived castles around Tilos Island
♥   Castle 'Palaiokastro' Mandraki, 30.3 km from the center. On the map

♥   Castle 'Monolithos Castle' Monolithos, 45.2 km from the center. On the map

Colors of Tilos Island in photos

Traditions and festivals in cities around Tilos Island

Kos Island
The Greeks communicate very emotionally, gesticulating actively. Sometimes it may seem that the conversation will soon go become a fight, but it won’t. It's just natural here to show your emotions. By the way, do not be surprised that the locals can talk about you or someone else in the third person during a conversation, here it is not something uncivilized. Remember that ... Open »
Kos
When interacting with new acquaintances, locals often use interjections referring to companions. Such treatment also shouldn’t be considered an insult or a sign of disrespect, it's just one of the features of national culture. Kos is an island with a rich history, it has a lot of interesting symbols. According to historical data, 2.5 thousand years ago on the island great ... Open »
Rodos
The festival has been established not long ago. It took place for the first time in 2006. The festival has soon become rather popular as among local residents so among foreign guests. Rose is a symbol of the island. By the end of May local parks are sinking in rose blossom of thousands of rose bushes. An established place for holding of the festival is a historic center of the ... Open »
Bodrum
The city on the coast of the Aegean Sea seems to attract tourists with everything: open and friendly locals, many interesting festivals, and, of course, many opportunities for cultural and active recreation. In general, the local people are famous for their openness, friendliness and politeness. The city is a favorite holiday destination of the French, Italians, Belgians and ... Open »
Kalymnos Island
Greeks are great patriots. If you want to make a good impression, say something pleasant about Kalymnos or tell about some events of Greek history. It is customed in Greece to greet everyone, entering public places such as a bank or a tavern, even if there are only strangers. Try to speak Greek even if you don’t know it well. Remember that only Greek people can criticize ... Open »
Marmaris
Another impressing ethnic feature of local people is their passion to coffee. They take the process of coffee making rather reverently. The culture of Marmaris particularly and of the country in general does not know the notions of instant coffee or dry coffee extract as these do not exist at all. The city is totally deprived of vending machines selling coffee in the streets ... Open »

Cityguide on traditions, mentality and lifestyle of people in Tilos Island. Learn the best periods to visit Tilos Island to discover its soul - authentic festivals, events and celebrations. We will also reveal the interesting habits, attitude towards the world and to tourists in Tilos Island.