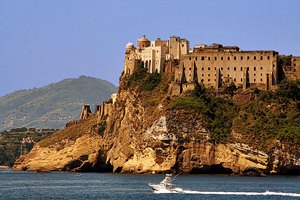 The residents of Procida, like the rest of the Italians, consider the principle of bella figura, which can be translated as “keep style”, very important in their life. A kind of theatricality, exaggeration arises here not because of the love of hypocrisy, but out of a desire to perfect any role played in public. In general, the main motto of the locals is the phrase "all life is theater, and people are the actors". Here, everyone behaves as if all the eyes around him were on him.
Cuisine of Procida Island for gourmet with top restaurants and cafe
Of course, the most important ingredient in most dishes of the Procida cuisine is fish. It is not surprising: every day dozens of fishing vessels unload their fish to the shore, from which …

Open
An Italian woman will never go for groceries even to the neighboring store in her home dressing gown or sports suit. On the contrary, even the shopping bag should match the dress. It is extremely important for an Italian to show himself to be the master of life in everything, even if in reality he is shy. Sometimes, such a desire leads to conflict and rudeness. At the same time, it is important to look appropriate: visiting the theater in jeans and a T-shirt will cause almost the same bewilderment as coming to a picnic in a three-piece suit. In the evenings, the streets of the cities are filled with local residents in beautiful outfits performing an evening walk la passegiata.
It is interesting that even though the Italians like to communicate, they rarely address strangers. On the other hand, if you like a local resident, you can talk to him not only about the weather or politics but on any topic, even about classical German philosophy. If the Italian considers you his friend, many doors will open before you. So it has become customary that domesticity permeates all local society. Many even suggest that the Italians easily add foreigners to their friend circle because in that case, it's not necessary to communicate with the relatives of a new friend. Copyright www.orangesmile.com
Excursion over cultural sights of Procida Island - 'must visit' points of interest
The abbey of St. Michael the Archangel is certainly one of the main attractions of Procida. This is the oldest building on the island, built in the 7th century by four Benedictine monks. …

Open
The family for a local is sacred. The children here are very fond of and pampered, allowed to express themselves in almost any way. Children respond with love to their parents, they almost never leave their homes early and even after the formation of their own family, they always help the older generation, especially women. The mother always, or almost always, remains in the first place for the Italian man even after the marriage. Although, it should be mentioned, that in most families here reigns matriarchy, even if at first glance it may seem that it is not so. 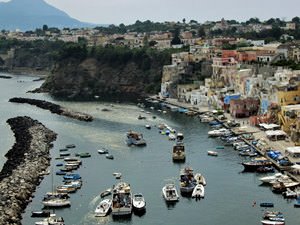 The Italians are very emotional. In communication, they like to actively gesticulate and raise their voices to such an extent that sometimes it feels like the words were locked up, and now they are bursting into freedom. The locals also admire women with all their passion. It is accepted to admire and give compliments to every member of the fair sex, regardless of her appearance and age, and do it quite sincerely.
Your active city break in Procida Island. Attractions, recreation and entertainment - best places to spend your day and night here
Holidays on Procida suggests not only an inspection of a variety of cultural attractions but also long walks around the island. Here you can enjoy a magnificent and almost untouched nature …

Open
They always put the enjoyment of life at the forefront. In many ways, it sometimes seems that the Italians are somewhat lazy. In fact, everything is simple: it is common here to work as much so as not to miss the rest of the life. The meals for the locals are an important ritual. During lunch or dinner, they often meet and talk with friends or relatives. They drink quite a lot, although you will almost never see drunk people in public places. 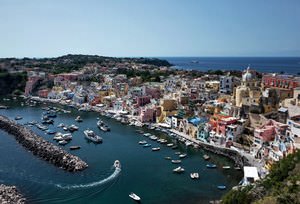 Procida is an island of contradictions. Behind a not very attractive local facade of a house often can be hidden an apartment full of works of art, and a sailor can be an avid theatergoer. Here, religion is an important element in everyone's life, but at the same time, they celebrate with the greatest scope the almost pagan Carnival along with Christmas, Easter, and the Epiphany. In summer, in the midst of August, the Sea Fair is held here – a phenomenon, which is quite unique for Italy.

This guide to traditions and festivals in Procida Island is protected by the copyright law. You can re-publish this content with mandatory attribution: direct and active hyperlink to www.orangesmile.com.
Procida Island - guide chapters 1 2 3 4 5 6 7 8

♥   Concattedrale di S. Paolo Apostolo, Monterusciello, 12.9 km from the center. On the map

Survived castles around Procida Island
♥   Castle 'Castello Aragonese' Ischia, 6.1 km from the center. On the map

Colors of Procida Island in photos

Traditions and festivals in cities around Procida Island

Isola di Ischia
The most important thing for the Italians, in general, is not career or success, but getting pleasure from life. The pleasure can be different, but it is rarely associated with hard work, and therefore locals can seem somewhat lazy. It is because of the principle of obtaining pleasures from everything that the Italians are very sensitive to the process of eating. Delicious ... Open »
Naples
The drink is made of fruit ice. There is a belief that local people inherited the tradition of preparation of this refreshing drink from Arab cuisine culture. There is a great variety of recipes and ways of preparation of granita however the essence of the drinking treat is the same – it is a portion of processed ice made of fruit juice and syrup mixture. There is a ... Open »
Sorrento
According to the legend, God was so upset with evil-minded people that uttered a tear. It fell at the foot of the volcano and soon a vine sprouted near Vesuvius. Today, tourists are invited to stroll through the legendary vineyards and appreciate impeccable taste of local wine with a beautiful name. The old factory Capo di Monti, which produces interesting porcelain, also ... Open »
Isole Pontine
Remember that here an invitation to a restaurant imply the payment of the check. The inhabitants of the Pontine Islands sincerely admire the beauty of every woman. For the Italians in general, the family is very important, so the mother often remains the most important woman in the world for a man even after the marriage. What is interesting is that in most families, as a ... Open »
Agropoli
Moreover, Agropolis has very interesting and ancient traditions. Almost every day, you will be able to enjoy the bright puppet shows in the central city square. This tradition has a hundred years, and even today these shows have not lost their value and attract a lot of tourists annually. Another fascinating "national performance" is the process of cooking a caramel. Dexterous ... Open »
Lazio
Its height is about 30 meters, and weight is about 5 tons; 100 porters carry this large structure through the streets. Every 5 years, local architects and designers design a new pedestal; the most talented designers are involved in the competition for the best project. The solemn procession passes through the picturesque streets of the historic district, making 5 stops. ... Open »

Cityguide on traditions, mentality and lifestyle of people in Procida Island. Learn the best periods to visit Procida Island to discover its soul - authentic festivals, events and celebrations. We will also reveal the interesting habits, attitude towards the world and to tourists in Procida Island.