Family trip to Favignana Island with children. Ideas on where to go with your child 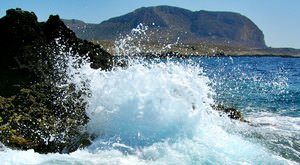 Le isole di Favignana is the largest island of 5 Aegadian Islands. Locals have been engaged in fishing for many years, tourism wasn’t popular on the island. But tourists with children started to come here a half of a century ago. Active and curious children will love the island. Favignana is a perfect place for children who are ready to explore the island on foot and gadgets have no importance for them. Despite the fact that there are no huge amusement parks and playgrounds, your children won’t be bored here.
Your active city break in Favignana Island. Attractions, recreation and entertainment - best places to spend your day and night here
Isola di Favignana is a heaven for those who love bicycle riding. You should better rent a bicycle in the capital of the island. It should be noted that the prices are higher at the rental …

Open
Italians love and indulge children, so if you come to a restaurant or a shop, the staff will definitely help you to entertain your child. You can come to any of the hotels and stay here even with the smallest children. If your child can ride a bicycle, you can rent it and explore the island on a bicycle. The best rental places are located far from the port, they offer lower prices. During the high season, try to rent a bicycle in the morning.
There are many paths perfect for bicycling. They link all of the main historical and natural attractions. If you have enough time, you can take your child on a cycling trip for all day. Be sure to climb the peak of Monte Santa Caterina. It is only 314 meters high and even small children can climb it. The top of the mount provides amazing views of the island. Every teenager will be happy to take pictures of this picturesque place. Copyright www.orangesmile.com
Best beaches and recreation areas around Favignana Island
All the island's beaches without exception have very relaxed atmosphere; there is nothing to prevent enjoying the pristine beauty of nature. One of the most picturesque places on the island …

Open
Furthermore, there are not only observation decks on the top of Monte Santa Caterina. There is a real castle which will definitely interest small children and teenagers. Children who love stories about princesses and dragons will enjoy visiting the place where knights could live. Elder children will be happy to see a monument from the times described in the History books. The Castle was built in the Middle Ages and it was besieged and destroyed several times. Scientists believe that the castle was rebuilt from the scratch for several times. Now the fortress is quite well-preserved for its age. The castle was built using local limestones and its name derives from the small church that Normans rose near the castle to honour Santa Caterina. Although during the Bourbon domination it became a terrible prison for more than 32,000 people. 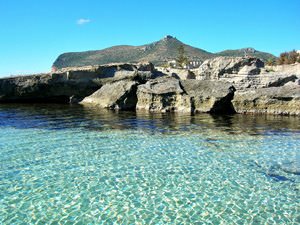 There is a monument to an elderly man in a suit of the 19th century near the city council on the main square. It is Ignazio Florio who bought Favignana Island and all the other parts of the archipelago in 1876. He took money from the tuna reprocessing factory built by the Florio family in the 17th century. The factory had innovative and modern equipment for those times. The factory itself is a popular tourist attraction on Favignava. There are many mechanisms of past times. Furthermore, different exhibitions are held in the building of the factory.
Top hotels in Favignana Island for business trip or short vacation
The most famous and popular hotel, Florio, is situated on the main square of the capital. It will surprise even those travelers who like to rest at the most luxurious resorts. The main …

Open
Rent a boat and take your child to nearby Tonnara Island. Sailors brought their catch of tuna here and carved it. There is a factory of salt production and several windmills on the island. If your child is interested in fishing-Favignana is a perfect place for you! Locals can tell you all the subtleties of tuna fishing. Young naturalists will like the eastern coast of the island and curious and impatient children who want to see all at once should go on a sightseeing tour on a touristic train. The perfect beaches for holidays with children are Lido Burrone, Punta Sotille and Calamoni. Young divers who want to explore the reach underwater world of Favignana should definitely visit shallow Toro Beach.

This guide to family holidays in Favignana Island is protected by the copyright law. You can re-publish this content with mandatory attribution: direct and active hyperlink to www.orangesmile.com.
Favignana Island - guide chapters 1 2 3 4 5 6 7 8 9

Things to visit with your kids in Italy

Not far from Rome is another unique place for children's entertainment - aqua park Zoomarine. The park covers an area of more than 30 hectares. On its territory there are not only water slides, but also theme shows with aquatic animals. It is divided into several thematic zones: an island of dolphins, a forest of parrots, a glade of birds of prey, and a bay of pinnipeds. Another fascinating aqua park is in Veneto and it unites the park "Movieland Park" and the aqua park "Caneva". "Movieland Park" is dedicated to cinema, in which guests can feel themselves as heroes of adventure films with the help of realistic scenery and spectacular rides. The water park "Caneva" invites guests to relax on the real white sand, visit the "pirate lagoon" or go down on one of the many attractions. … Open

Interesting places to visit with children around Favignana Island

Aegadian Islands
Active children who can swim all day, do sports and admire local attractions won’t be bored here. The main island of the archipelago is le Isole di Favignana. Shallow Toro Beach is famous for its reach underwater world. This place is perfect for snorkelling and diving. However, you can enjoy diving on all of the beaches except Cala Faraglioni beach. Be sure to show Cala ... Open »
Trapani
If your child loves the jungle and everything connected with it, you should visit La Giungla Incantata Park. It is essentially a large indoor playground. It is designed for preschoolers and younger students. There are slides, lots of nets and climbing ladders, and several dry pools here. Special structures are provided in La Giungla Incantata Park. They are designed so that ... Open »
Ustica Island
Local inhabitants love children. Italians indulge them and try to do everything to please children. If you come to a restaurant or a shopping mall, its staff will always help to entertain your kid. There is also a wide range of goods for children in the shops. There are not so many tourists on Ustica even in high season. So, you can easily find a secluded place for a perfect ... Open »
Salina Island
Young botanists will definitely like the land around «sleeping giants». The volcanic lava of Monte dei Porri and Monte Fossa delle Felci is very fertile, so there are a lot of various plants on the slopes. However, children of all ages will enjoy walking on the island because its pristine nature is amazing. Kilometers of footpaths link Santa Marino, which is the capital of ... Open »
Vulcano
Scalata al Cratere will surprise you too. Everyone, adults and little tourists, will be delighted with this place. It should be noted that it is not so difficult to climb up the crater and everyone can do this. The volcano is also a main visiting card of the island. To be on the island and miss the volcano is akin to visit Cologne and forget about Cologne Cathedral. After ... Open »
Lipari Island
Those children, who are fond of diving, will definitely love the idea to visit Pietra del Bagno underwater rock and dive here. Your child can try water-skiing, sailing and windsurfing on Lipari. An island is a perfect place for those, who enjoy walking. Kilometres of footpaths link the capital with some villages and different natural and architectural attractions. Moreover, ... Open »

Guide to sightseeing and entertainment for children in Favignana Island - parks, attractions, museums, zoos, water-parks. All fascinating and educational sites of Favignana Island, which are must visit and see for your child. Find out the best discovery routes and places for kids (local theaters, exhibitions and museums), where you can spend quality time together. Favignana Island for families with children.