Detailed hi-res maps of Brittany for download or print 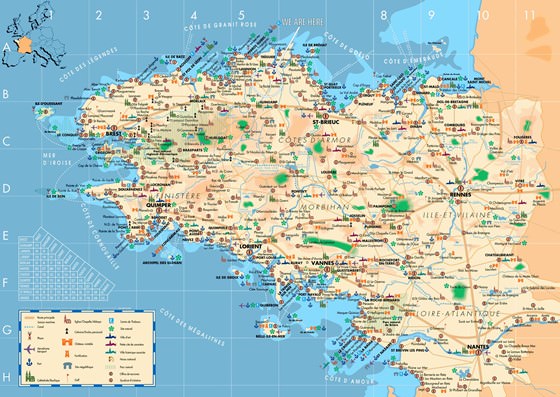 The actual dimensions of the Brittany map are 2250 X 1597 pixels, file size (in bytes) - 746655. You can open this downloadable and printable map of Brittany by clicking on the map itself or via this link: Open the map. 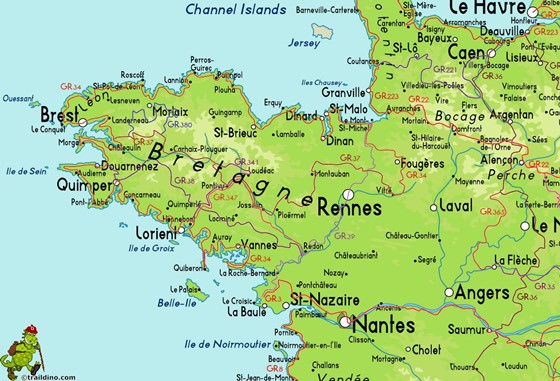 Search for services, infrastructure and sights on map of Brittany

Our guide chapters over Brittany

Tourists in Brittany have an excellent opportunity to enjoy seascapes untouched by human hand. La Baule bay is probably the most luxurious resort at Core d'Amour. A number of sought-after hotels, restaurants, night clubs and various sports and entertainment centers are situated along its golden beach. Another scenic shore is Cornouaille area. It has a number of very different beaches to choose from. Audierne bay is … Open

Fest Noz night festivals are very common in France. They are constantly held in various cities of the region; during summer, holidays are held almost every night. They differ from those parties that take place at major resorts; traditional dances are preformed and national music is played at night feasts in Bretagne. Legends of King Arthur and the Knights of the Round Table represent another local feature; travelers … Open