Detailed hi-res maps of Nantes for download or print 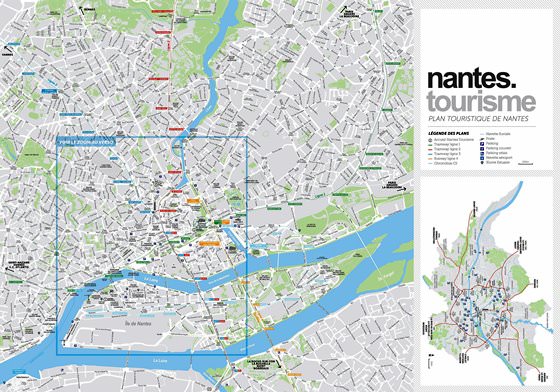 The actual dimensions of the Nantes map are 4134 X 2894 pixels, file size (in bytes) - 2260396. You can open this downloadable and printable map of Nantes by clicking on the map itself or via this link: Open the map. 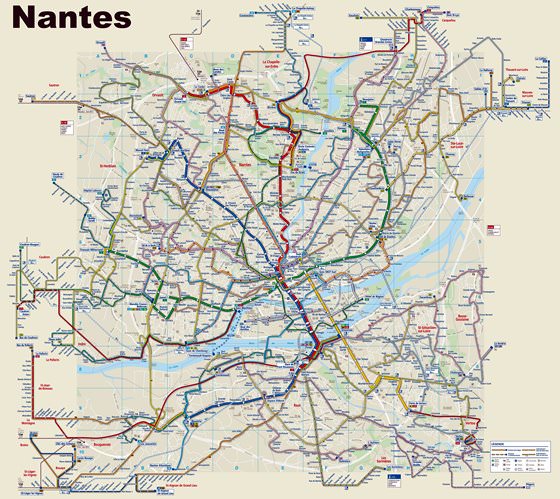 The actual dimensions of the Nantes map are 5174 X 4609 pixels, file size (in bytes) - 4651528. You can open, download and print this detailed map of Nantes by clicking on the map itself or via this link: Open the map. 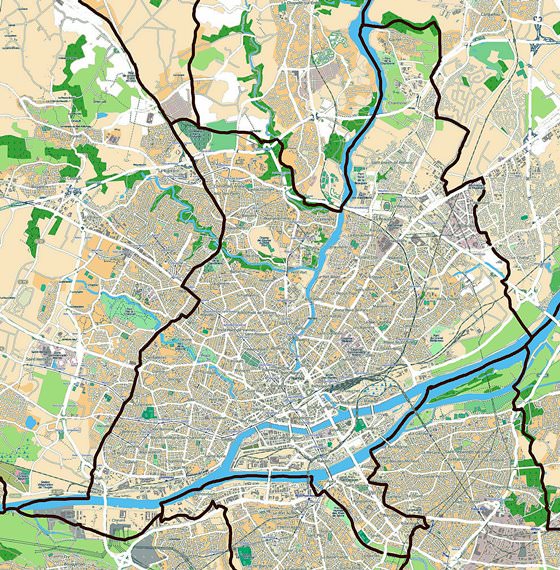 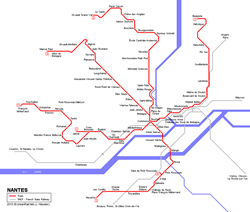 Search for services, infrastructure and sights on map of Nantes

Our guide chapters over Nantes

Another great place in Nantes (especially for families) is the atmospheric amusement park Carrousel des Mondes Marins where rides are themed on the works of the most famous native of the city - Jules Verne. Among the most amazing attractions are Le Grand Éléphant and La Galerie des Machines. The park is located near one of the main sights of the city - Les Machines de l'Île. A must-have for cinema-goers is the … Open

6. Bicycle is still a popular means of city transport. Special cycling lanes run along all the major roads of the city. The most popular bicycle rental center of the city of Nantes is considered to be the Bicloo center offering excellent quality bicycles for about 10 Euro per day of use. 7. One of the main features of Nantes is its weather changing all of a sudden. Setting off to the city … Open

The most popular souvenirs among guests of Nantes are local sweets and wines, there are many specialized shops in the city. For hundreds of years, Nantes has been famous for porcelain manufacture. The famous Pornic factory operates in the city today. Now this factory produces dishware, gorgeous vases and decorative items from porcelain, which are sold in many local stores. Other unusual souvenirs to be brought from … Open

Nantes for children - what to visit

The city has several pools, which become highly relevant in summer. First of all, it is worth mentioning Piscine du Petit-Port with its two pools - indoor and outdoor, as well as a small water ride. Piscine Léo Lagrange, which is considered a historic building (built at the end of World War II), is designed for those who want to just swim, there are no slides here. However, the center is very spacious and has … Open

Another cultural object that can not be ignored in Nantes is the Natural History Museum. It was founded in 1799 by a local pharmacist who has collected many interesting natural science exhibits. In 1806, the city authorities bought out his collection and opened a museum in the old school building, which continues to receive visitors for more than 200 years. In the first half of the 19th century, the museum moved to … Open

Traditions and mentality of Nantes

Local residents are distinguished by an indifferent attitude to art and culture, which finds expression in literally everything. Even old industrial facilities and structures that are no longer used for their intended purpose were turned into amazing works of industrial art. In 2007, the opening of Les Machines de l'île took place in Nantes after three years of construction. The main objects of the theme park … Open