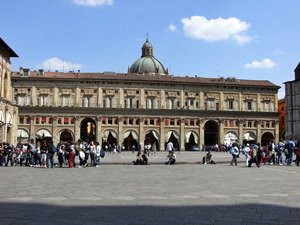 Bologna is famous for a huge number of old buildings and unique historic sites, each of which is connected with a huge number of interesting mysteries and legends. San Sepolkro Church is a famous landmark of the city. It was built in the beginning of the 11th century. The walls of the church still keep numerous religious artifacts, which attract thousands of pilgrims, who come here every year to see the sacred place. The church is the location of the tomb of St. Petronius - the patron saint of Bologna. Here is also installed a copy of one of the most important Christian shrines in the world - the Holy Sepulchre. The courtyard of the church is home to one more ancient place of interest - a beautiful fountain of Pontius Pilate. According to historical records, it was built 300 years earlier than the church.
Advices to travellers: what you should know while being in Bologna
1. The best way to travel in the city is by underground. Buses will also take you to all main attractions of the city. It's worth noting that tickets for underground and buses are the …

Open
Santo Stefano Basilica is a no less remarkable religious object and a true example of Romanesque architecture style. The Basilica is a complex of four ancient churches, the oldest of which was built in the 5th century. This wonderful architectural ensemble does not cease to attract couples and people who look for happiness in their personal lives. It is believed that a person who comes to the temple with pure thoughts will certainly find marital happiness. If medieval monuments are your true love, don’t miss a chance to visit the majestic castle of Palazzo Comunale, which is situated on one of high hills. Nowadays the castle is converted into a museum. Its halls keep old family coat of arms and art objects that once belonged to noble families of Bologna.
The center of the city is the location of famous Neptune Square with a beautiful fountain. The fountain has already become a symbol of Bologna. This place will be liked by fans of walks and travellers who are not indifferent to architectural masterpieces of antiquity. Torre degli Asinelli or "Leaning Towers" are another interesting excursions destination. Even a few centuries ago there were about 180 of such towers in Bologna. They were erected by the inhabitants of the city. Each representative of a noble family considered the building of a high tower his duty. The tower should have been visible from all parts of the city. So far, only two towers have survived till our times. However, due to improper foundation the towers leaned. The unusual name of the towers comes from this fact. Holiday-makers should definitely not forget to visit San Stefano Museum - an architectural complex consisting of seven fine churches, the construction of which lasted from the 11th to 13th centuries. Each church is distinguished by unforgettable and unique architectural style and stores unique religious artifacts. Copyright www.orangesmile.com
Extraordinary weekend in Bologna - unusual places, services and attractions for travel gourmet
In Bologna offers plenty of interesting places to discover, including sightseeing, gastronomic, cognitive and romantic destinations. If you're a big fan of hiking and an inquisitive tourist, …

Open
There are uncountable numbers of incredibly beautiful palaces in Bologna. Among them it is mandatory for you to visit Palazzo del Podestà, Palazzo Fava, and Palazzo Hercolani. Each palazzo will leave an indelible impression on its visitor, forever imprinted in is his/her memory. Next to them, you will feel an elusive spirit of the times. However, while visiting the Porta Saragozza, a quite hard breeze of time is felt. Though the gates do not stand separately from the modern buildings, it seems as if they complement them, perfectly harmonizing with them. The gates are illuminated in the evening, which gives a special romance to the area. 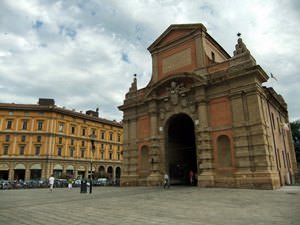 You can immediately get to know that Bologna is an interesting city to visit, just by arriving at the Stazione di Bologna Centrale. The station is huge, and beautiful from an architectural and functional point of view. “Three in One”, is what it would be called in an advert, if it was necessary to advertise Bologna. The chic Teatro 1763 Villa Aldrovandi Mazzacorati is a great place to explore the architecture of the city. The theater was built in the 18th century in the style “neoclassicism”, while its interior is built in the “baroque” style. Needless to say, that the interior is equally impressive, as is its exterior. You can see beautiful paintings and sculptures dating from the 17th century everywhere, and all these only adds atmospherity to the place.
Bologna design-hotels for stylish travellers
Some hotels in Bologna have a unique design, and comfortable Hotel Metropolitan is one of them. Decorated in accordance with the classical traditions of Eastern countries, its interior is …

Open
Teatro Anatomico is one of the most interesting places to visit in Bologna. Entering the room of the oldest university in Europe, you can easily imagine how surgical experiments were once carried out here – the place really immerses in this atmosphere, making every cell of your body feel a touch of history. The university suffered during the Second World War, and many exhibits had to be restored from scratch – this mainly refers to sculptures. Great views of the city can be seen if you climb up the Torre dell’Arengo. This tower is part of the Palazzo del Podestà, so you do not need to go far to see the sights. Torre dell’Orologio is an excellent viewing point, located next to the Palazzo Communale. 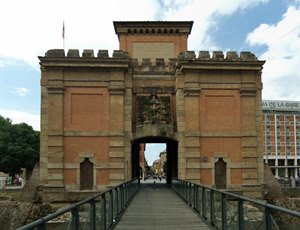 Not far from the railway station you can stumble upon a unique museum. It is called Museo per la Memoria di Ustica. Its uniqueness is in the fact that you can hear the heartbreaking cries of the victims of Ustica (injured in the crash that happened on June 27th, 1980), and also see the personal belongings of the passengers and the remains of the ship. The museum causes contradictory feelings. Another interesting institution is devoted to music – we are talking about the Museo Internazionale e Biblioteca della Musica, among the exhibits of which are musical instruments, paintings, books about music. You can as well get acquainted with Bologna as an industrial center in the Museo del Patrimonio Industriale, where the machines of the 16th-19th centuries are represented.

In the section below, you can get one of our excursion, activities or city discovery tours over Bologna and surroundings. Our website offers 10-30% lower ticket prices, when compared to the offline purchase on the spot.

This guide to cultural sights Bologna is protected by the copyright law. You can re-publish this content with mandatory attribution: direct and active hyperlink to www.orangesmile.com.
Bologna - guide chapters 1 2 3 4 5 6 7 8 9 10 11 12 13

What to visit during two-day excursion in Bologna

Public palaces near Bologna
♥   Palace 'Palazzo Re Enzo' Bologna, 0.1 km from the center. On the map

Art galleries in Bologna and around
♥   Art museum 'Museo Civico Medievale' Bologna, 0.3 km from the center. On the map

♥   Art museum 'Bologna Museum of Modern Art' Bologna, 1.1 km from the center. On the map

Cathedrals and basilicas near Bologna
♥   Basilica di Ss. Bartolomeo e Gaetano, Bologna, 0.2 km from the center. On the map

Photogallery of cultural heritage of Bologna

Excursions over cultural sights of neighbours of Bologna

Emilia-Romagna Region
Ravenna also has a rich history. The 6th century mausoleum of the Ostrogoth empire’s ruler and the tomb of Galla Placidia, which was built even earlier, have still remained here. The Basilica of Sant’Apollinare has the 5-6th century murals in its décor. There are 8 unique monuments of the early Christian culture in the city, which are older than 14 centuries. Famous ... Open »
Imola
Numerous ambushes and military actions couldn’t destroy Rocca Sforzesca di Imola Castle, so it has survived until the modern time and has kept its original look. At the beginning of the 20th century, the castle was transformed into a prison. Nowadays, the castle hosts the exhibition of the museum of history. Guests of the city should definitely not forget to visit Chiesa di ... Open »
Modena
The square has preserved the pole of shame as well as several stone blocks which were moved to the city center a few centuries ago. The main furnish of the city square is a majestic statue called la Bonissima. According to one of the theories the statue is commemorated to the goddess of harvest. The statue of a beautiful woman with a fruit in her hands has become one of the ... Open »
Ravenna
The basilica is noted for its luxurious internal decoration, its walls are designed with subtle mosaic sets and marble inlays. The Ostrogoth’s tomb constructions are part of the historical heritage of the city too. The Mausoleo di Teodorico is a unique building, which is mainly built of limestone blocks. The Mausoleo di Teodorico is among the sights of the global ... Open »
Parma
The real pride of the city of Parma is one of the most significant landmarks of the national scale being the Farnese Theater which is housed in the mentioned above palace. A huge hall which can accommodate up to 4000 guests at once, unique diverse side scenes, elegant pilasters and columns, antique sculptures and marvelous balustrades are the main features of the theater which ... Open »
Lucca
The permanent city symbol is the Cathedral placed in the heart of he Lucca city on the San Martino Square. The construction of the upscale building started in the 6th century and only two centuries later the small church obtained the status of cathedral. And in 780 the cathedral turned home to religious sanctity – the relics of Saint Regulus. The cathedral is attended today ... Open »

Culture guide to Bologna. Which fascinating sights to visit once you are in Bologna: temples, churches, museums, theaters and castles. Recommendations (with addresses, phone numbers and links) on the places 'must visit' in Bologna. Plan your own city excursion by using this page info!