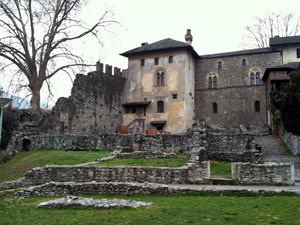 Locarno is a distinctive Swiss town known to many travelers thanks to the annual film festival taking place here. Today, it is one of the most significant in the world. For the first time, the film competition was held in Locarno back in 1946. The main prize for which festival participants compete is the Golden Leopard. A leopard has been depicted on the emblem of the city for many years, so the main attribute of the festival is very symbolic.
Excursion over cultural sights of Locarno - 'must visit' points of interest
Locarno is an astonishing city with hot Italian temper. The first reference about the city dates back to the 8th century. The city has preserved the historical landmarks of different epochs. …

Open
ithin the framework of the festival, more than ten cinema halls are equipped in the city. Some of them are located in the open air in parks and squares. Over the past decades, the film festival has become incredibly popular, so the preparations for its holding are always taken very seriously. Even local restaurants and cafes decorate their summer terraces with themed leopard-colored parasols. Leopard flags and other thematic installations can be seen on the main streets at every step. Absolutely everyone would be happy to visit Locarno during the days of such a colorful festival.
Townspeople are big fans of such holidays and always take an active part in them. Their behavior may even seem strange to many foreigners since it is not at all associated with the restrained nature of local residents. Here, it is extremely rare to witness excessive emotions or see people chatting with each other in crowded places. All communication usually takes place in a more secluded and less crowded setting. It goes without saying that talking to strangers on the streets is not accepted here either. Copyright www.orangesmile.com
Your active city break in Locarno. Attractions, recreation and entertainment - best places to spend your day and night here
Locarno is a good chance for active leisure enthusiasts. The city boasts scenic natural areas, a variety of entertainment centers and shops. Travelers eager to view the natural landmarks of …

Open
Locarno has long become a popular tourist city, so foreign guests can hardly surprise them greatly. Their restrained and untalkative nature does not apply to cases when somebody needs help - they will always tell you how to get to the desired attraction or bus stop. However that may be, townspeople restraining their emotions can hardly be called inhospitable. On the contrary, they are always very polite and tactful. The rules of etiquette are appropriate here in a variety of situations. When entering a small store or restaurant, it is customary to say hello to the owner. If you buy something in a store, the owner will certainly thank you and invite you to come back again. 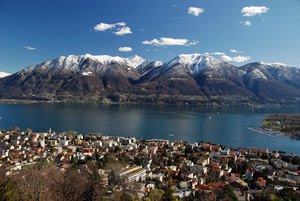 After just a few days of communication with local residents, the feeling of initial tension goes away and their calm disposition becomes comfortable. Another important feature of a national character that foreign visitors should take into account is punctuality. It is not customary to be late here even for friendly meetings, not to mention business events. Even a slight delay will be regarded as a sign of bad manners. Manifestations of such punctuality can be seen literally everywhere. Banks, shops and restaurants always open at the exact time indicated, and many tourists are surprised at the accuracy of the public transport schedule.
Advices to travellers: what you should know while being in Locarno
1. Setting off to the local restaurants one should take into account some of the important points. The tips are given to a waiter only in case if these are not included into the total sum. …

Open
Local residents are also distinguished by a reverent attitude to their national traditions. On all holidays, it is customary to wear traditional costumes, as well as perform traditional music. Even sports activities are special here, and similar ones do not exist anywhere else in the world. The indigenous Hornussen game, which is a bit like golf, is widespread in the city. The main feature of the game is that players use special bats instead of golf clubs. Another interesting traditional entertainment is flag throwing, which resembles a traditional javelin throwing in its nature. Interesting sports activities are mandatory attributes of most holidays, especially those held in Locarno in the warm season. 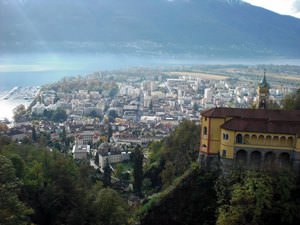 Fans of event tourism would be interested in visiting the city on August 1, when locals celebrate their National Day. This holiday is always celebrated on a large scale, long tables full of traditional treats are set up on city streets and squares. Artists and musicians perform on the streets where sporting and culinary competitions are held. Fireworks are necessarily launched in the evening, street festivities do not stop until late at night. The character of Locarno residents is full of contrasts. They are restrained in communication and may be reluctant to interact with new acquaintances, but their love for beautiful holidays and a revered attitude to culture make up for such character traits. A fascinating and informative vacation is guaranteed to all guests of the city.

This guide to traditions and festivals in Locarno is protected by the copyright law. You can re-publish this content with mandatory attribution: direct and active hyperlink to www.orangesmile.com.
Locarno - guide chapters 1 2 3 4 5 6 7 8

Cathedrals and basilicas near Locarno
♥   Basilica Santuario della Madonna del Sasso, Locarno, 0.7 km from the center. On the map

Survived castles around Locarno
♥   Castle 'Castello Visconteo' , 0.2 km from the center. On the map

♥   Castle 'Frascarolo Castle' Induno Olona, 35.4 km from the center. On the map

Colors of Locarno in photos

Traditions and festivals in cities around Locarno

Ticino
Ticino has amazing cultural traditions; natives gladly explain them to foreign visitors. The most anticipated and well-known national holiday is Festa d'autunno; it is held in early October in Lugano and usually lasts for three days. The festival is a unique mix of gastronomic, cultural, sports and educational activities; there is a special entertainment program for young ... Open »
Lugano
The quiet city of Lugano attracts international travelers due to its superb events and festivals. Numerous interesting and unforgettable events which literally transform the city beyond recognition take place in Lugano annually. For more than 20 years Lugaon hosts the brightest event of Blues to Bop Festival which attracts as the fans of blues so occasional tourists. During the ... Open »
Varese
The unusual location has also shaped the character of people who live in this area. The name Varese is of the Celtic origin – in the Celtic language “var” means water. Different nations passed the area of the modern city during its long history, bringing their own traditions and customs. Modern Varese residents are active, they like setting and achieving goals. Water ... Open »
Como
The annual Festa della Giubiana is held in the vicinity of the city. The permanent venue is the small town of Cantù. The holiday bears the name of the old witch Giubiana who, according to legend, lived in the city during the Middle Ages. When the city was besieged by conquerors, the woman gave them the keys to the fortress for the sake of reunion with her lover. Local ... Open »
Monza
It is very interesting to visit the city during national holidays. Wonderful entertainment events take place during Christmas or the New Year. In the first winter month, city streets are decorated with fabulous lights. In the main streets and squares, traditional Christmas fairs where you can buy a lot of unique items are held. Handicrafts and Christmas handmade toys are ... Open »
Zermatt
The attitude to visits is special here. First of all, the locals don't arrange spontaneous parties. Anyone who wants to invite friends to visit today or tomorrow, in the evening will find that everyone around him has a day scheduled for two or three weeks in advance. All the time is not occupied with work at all. There are no workaholics at all here. Establishments that are ... Open »

Cityguide on traditions, mentality and lifestyle of people in Locarno. Learn the best periods to visit Locarno to discover its soul - authentic festivals, events and celebrations. We will also reveal the interesting habits, attitude towards the world and to tourists in Locarno.