Ustica is a small island in the Tyrrhenian Sea. It is just 9 kilometres wide. Despite the fact, that its population is less than one and a half thousand people, the island is rich with historical attractions. Scientists believe that the first settlers came from the Aeolian Islands and inhabited Ustica long ago.
Your active city break in Ustica Island. Attractions, recreation and entertainment - best places to spend your day and night here
Ustica attracts a large number of divers every year. This is not surprising, because international competitions in scuba diving are held here. Sportsmen come here to win the prize and …

Open
One more evidence is ruins of the ancient settlement existed in 13th -14th century BC. The ruins were found near Faraglioni. Palaeontologists found fragments of almost three hundred buildings here. Any interested person can look at these ruins. The remains of the fortifications raise a great interest of tourists. The city is considered to be the safest in Italy. The ruins of the settlements demonstrate the architectural style of those times.
Carthaginians have inhabited the island. Greeks called the island Osteodes, which means «Crypt». This name was given to the place in the 4th century BC because thousands of the rebellious inhabitants of Carthage were left to die here. Unfortunately, there are no remains of Carthaginians necropolis on the island. Romans gave to Ustica its modern name, which can be translated as «burnt». It is assumed that they meant the colour of the rocks. You can see the evidence of the Roman reign at some places on Ustica. Ruins of their villas and temples can be found on the island. Wealthy Romans enjoyed visiting the island in summer because of its picturesque landscapes and warm sea water. Furthermore, they sent slaves to be executed here. Copyright www.orangesmile.com
Top hotels in Ustica Island for business trip or short vacation
This reserve island features first-class hotels that are ready to please customers with a wide range of services. One of the upscale accommodation places is Le Terrazze residence offering … 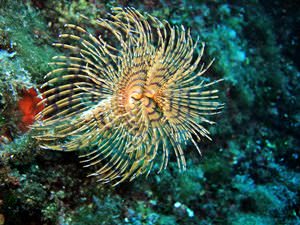 Due to the history of the island, there are not so many ancient historical monuments, but you can find ruins of buildings. The fortress of Saracen attracts tourists every year. Many of the historical monuments have gone to the bottom and attract fans of scuba diving. Don’t pass by Torre di Santa Maria archaeological museum, where you can explore Italian culture and history. There is a rich collection of ancient artefacts. Tramontana village is the oldest settlement on the island and it can tell a lot about Ustika history.

This guide to cultural sights Ustica Island is protected by the copyright law. You can re-publish this content with mandatory attribution: direct and active hyperlink to www.orangesmile.com.
Ustica Island - guide chapters 1 2 3 4 5 6 7 8
Reference information
Map of all palaces

Cathedrals and basilicas near Ustica Island
♥   Chiesa San Cataldo, Palermo, 66.9 km from the center. On the map

♥   Concatedral Santa Maria dell’Ammiraglio, Palermo, 66.9 km from the center. On the map

♥   Chiesa San Giovanni degli Eremiti, Palermo, 67.3 km from the center. On the map

Excursions over cultural sights of neighbours of Ustica Island

Palermo
Another remarkable landmark of Palermo is the Porta Nuova. The gate serves as a symbolic entrance to the historical center of the city. The gate was built in the second part of the 17th century. The construction presents a complex architectural composition of ingenious statues, large stanzas and pyramid shaped cupola. The most remarkable and significant historical landmark of ... Open »
Trapani
Simply no traveler in Trapani can fail to visit Vittorio Emmanuele Square that is also the beginning of one of the most famous streets of the city - Corso Vittorio Emmanuele. This part of Trapani is rich in architectural landmarks with Palazzo della Gidecca being one of the most famous. It’s hard not to notice the palace as it has a very eye-catching décor of the façade. ... Open »
Favignana Island
There are several old churches on the island. Some of these cult buildings stand in its place for 3-4 centuries. If you haven't tired of tuna and its presence on the island, be sure to visit nearby Tonara island. It was something like a transhipment base for local fishermen for several centuries. A well preserved old plant of salt production, several medieval windmills are a ... Open »
Aegadian Islands
The family is usually ruled by a grandmother, but not a grandfather. Women are often leaders of their family but men don’t want to accept this fact. Men like to pay a compliment to women, regardless of their age, education and built. If you want to increase your self-esteem, the islands are the perfect place for you. It may seem that Italian men have learned to flirt with ... Open »
Sicily
The most striking monument of the Middle Ages is the Dome Cathedral, which attracts travelers with a unique harmonious atmosphere and beautiful architecture. Cathedral has preserved perfectly to this day. The main decorations of the interior are beautiful vaulted ceilings. Obligatory part of excursions is the tomb of Archimedes located in Syracuse. The exact date of the ... Open »
Salina Island
Italians are people of a hot temper. They raise voice, use a lot of hand movements, changing their expression. It is customary to apologize, even if you are not guilty, Italians appreciate this behaviour. Italians are very religious and superstitious people. Salina Churches are full of people at Christmas, Easter and Epiphany because customs and traditions are very important ... Open »

Culture guide to Ustica Island. Which fascinating sights to visit once you are in Ustica Island: temples, churches, museums, theaters and castles. Recommendations (with addresses, phone numbers and links) on the places 'must visit' in Ustica Island. Plan your own city excursion by using this page info!