Detailed hi-res maps of Ragusa for download or print 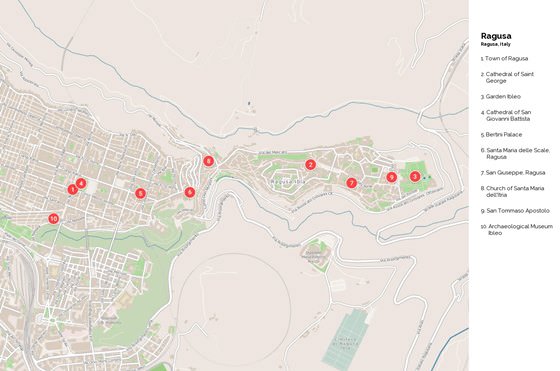 The actual dimensions of the Ragusa map are 1530 X 1014 pixels, file size (in bytes) - 218860. You can open this downloadable and printable map of Ragusa by clicking on the map itself or via this link: Open the map. 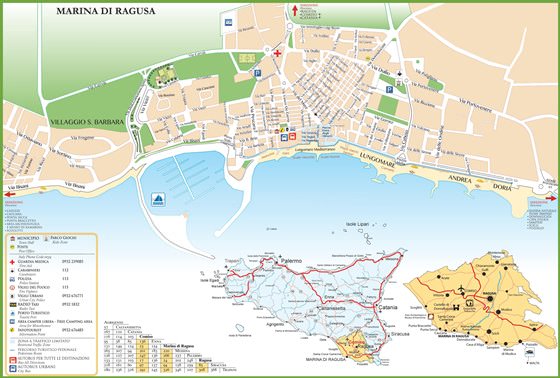 The actual dimensions of the Ragusa map are 3117 X 2105 pixels, file size (in bytes) - 997519. You can open, download and print this detailed map of Ragusa by clicking on the map itself or via this link: Open the map. 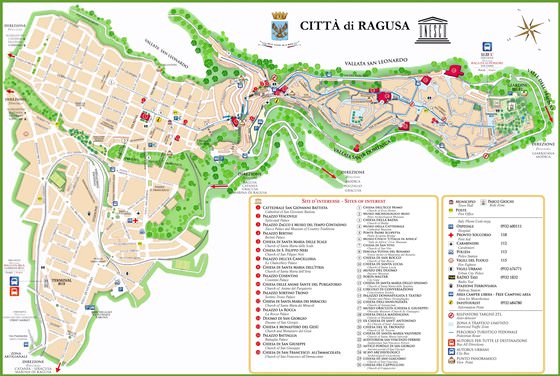 The actual dimensions of the Ragusa map are 3419 X 2297 pixels, file size (in bytes) - 1591667. You can open this downloadable and printable map of Ragusa by clicking on the map itself or via this link: Open the map.

Search for services, infrastructure and sights on map of Ragusa

Our guide chapters over Ragusa

The most comfortable way to reach the Italian “Baroque city” is a journey through Catania. This city has an airport with frequent flights to numerous European countries. The total journey time is roughly three hours when flying from other parts of Europe. Upon arrival in Catania, tourists can easily find a bus to Ragusa. The distance between the cities is approximately one hundred kilometers, so it takes … Open

Maps of Catania
Among religious holidays that are widely celebrated in Catania, it is important to mention the Holy Week (Settimana Santa) and Easter (Pasqua). These holidays are impossible to imagine without colorful fireworks, parades, and solemn masses. On Ferragosto, which falls on August 15, local people have fun as if this is their last day on Earth. This is traditionally the time to ... Open »
Maps of Malta Island
Among other public holidays — Victory Day, celebrated on September 8, and it is dedicated to three achievements at once: the defeat of the Ottoman Empire in 1565, the end of the war with France in 1800, and the end of the bombing by Germany, which happened in 1943. In Valletta, as in other cities of Malta, military parades are held, accompanied by mass festivities, the ... Open »
Maps of Sicily
The Feast of the Assumption, or Ferragosto, which falls on the eve of August 14th-15th, is celebrated by local cheerfully and with lots of enthusiasm. The beaches are packed to capacity since at this time guests from all over Italy, as well as from other countries arrive on the coast (August is considered the “month of holidays” for the Italians). In addition to a beach ... Open »
Maps of Messina
Fans of event tourism would probably prefer to visit Messina in early June when local residents celebrate the City Day. This holiday is dedicated to the history of Messina and the main cultural traditions of its inhabitants. It is always accompanied by colorful fairs and lush street performances. Local residents managed to preserve their most beautiful centuries-old ... Open »
OrangeSmile.com - online travel reservation expert providing reliable car rental and hotel booking services. We feature more than 25.000 destinations with 12.000 rental offices and 200.000 hotels worldwide.
Secure Server