Detailed hi-res maps of Nancy for download or print 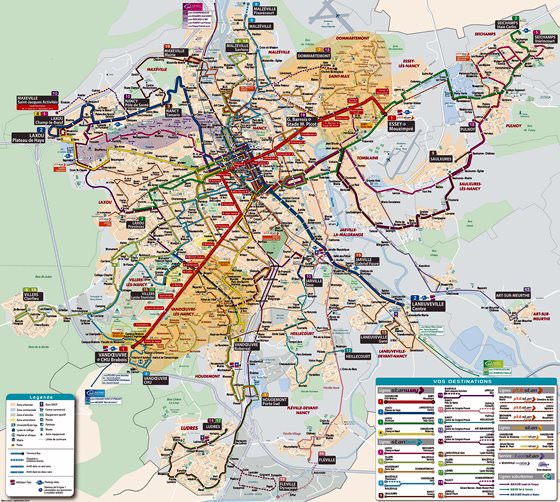 The actual dimensions of the Nancy map are 4275 X 3832 pixels, file size (in bytes) - 3419718. You can open this downloadable and printable map of Nancy by clicking on the map itself or via this link: Open the map. 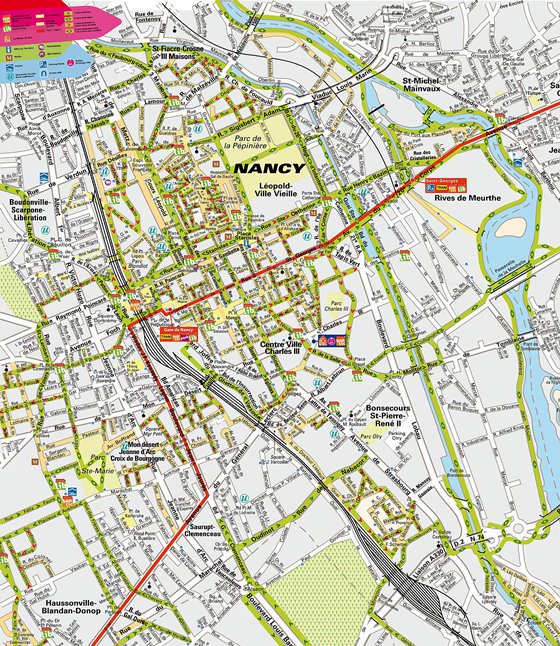 The actual dimensions of the Nancy map are 2256 X 2601 pixels, file size (in bytes) - 1948947. You can open, download and print this detailed map of Nancy by clicking on the map itself or via this link: Open the map. 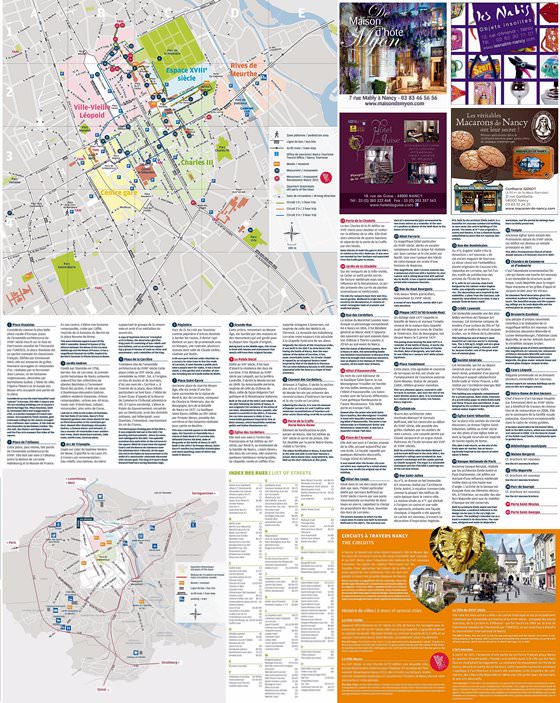 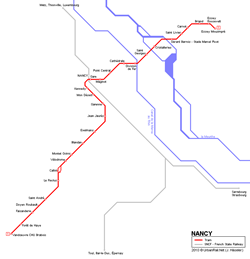 Search for services, infrastructure and sights on map of Nancy

Our guide chapters over Nancy

The target audience of Mr Simms Nancy - Confiserie a l'ancienne is tourists with children, as its specialization is sweets. There are hundreds of sweets available, they sell both packages and sweets by weight. A huge selection of candied fruits, lollipops, colored dragees and chocolates - everyone can choose perfect sweet gifts here. The store is quite large and nicely decorated, which cannot but please every … Open

6. Prudent tourists looking for visiting budgetary cafes and restaurants should keep in mind several important facts. Many restaurants and cafes offer their guests to set at bar counter or take a table in the hall. In the first case the prices will be lower for 20%. Those who opt for a table on the open air terrace will be charged a 20% higher price for the meal than those visitors taking a table in the … Open

Active tourists would likely be interested in one more place - Casabloc Terre de Grimp', a climbing center providing quality mountaineering training. Many prefer to visit the indoor climbing center to gain some useful skills before conquering real mountains. Virtual Room Nancy is also ready to leave exciting impressions in the memory of its visitors - all thanks to a unique experience that allows you to discover a … Open

Nancy for children - what to visit

One of Nancy's most interesting cultural centers is the Muséum-Aquarium de Nancy. This is a big and very interesting museum-aquarium with a collection of unique exhibits hidden behind its walls. The exhibition is dedicated to representatives of marine and terrestrial fauna. The museum halls present rare stuffed predators, birds, and marine creatures. Visitors to the museum can find a very interesting collection of … Open

An important religious site of the city is the Church of Saint-François-des-Cordeliers. It was built in the 15th century and originally belonged to the Order of the Cordeliers. After hundreds of years, the church retains its strict appearance. Many tourists are attracted by its unique interior decoration: the walls of the church keep wonderful murals as well as decorative elements of stone and wood. The only … Open

Traditions and mentality of Nancy

The central focus of the festival is the art of a certain historical period. Works of world-famous artists are projected onto the historic facades to the delight of the audience. Such bright shows are accompanied by a spectacular music program, which makes the event even more exciting. Unique historic architecture has been preserved all around the square. The buildings stand so close to each other that they form a … Open