Detailed hi-res maps of Alsace for download or print 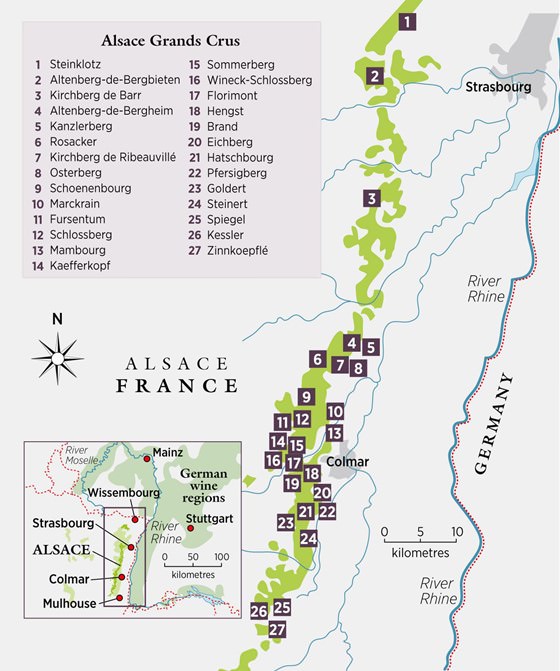 The actual dimensions of the Alsace map are 1356 X 1625 pixels, file size (in bytes) - 237505. You can open this downloadable and printable map of Alsace by clicking on the map itself or via this link: Open the map. 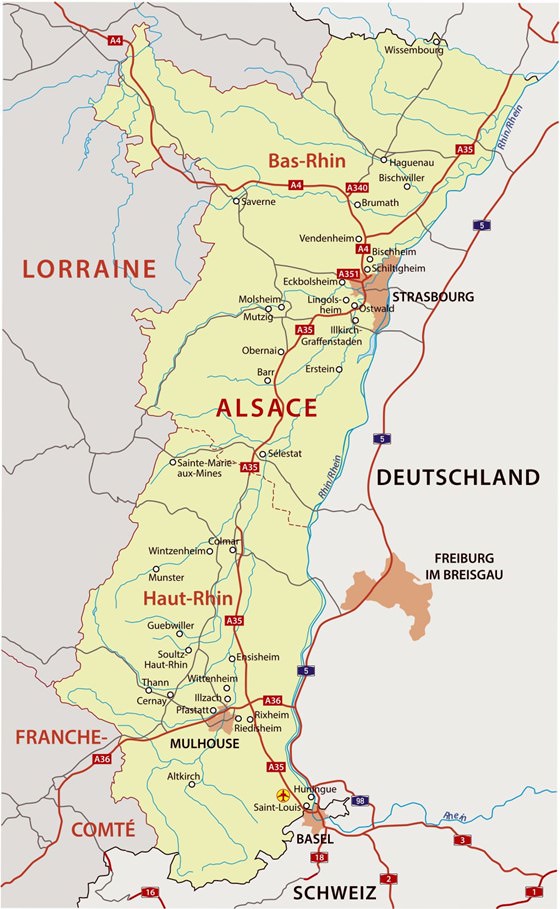 Search for services, infrastructure and sights on map of Alsace

Our guide chapters over Alsace

The wine center of the region is the city of Dambach-la-Ville, where tourists can see the richest and most extensive vineyards of the province. Totally, there are more than 30 wineries in and around the city. Alsace is the perfect holiday destination not only for fans of fine wines, as the region is literally created for active leisure and family vacations. Travelers staying on vacation with children should … Open

However, natives consider not fish, but bread to be their national feature. Breadmaking has long become a real art; local bread is generously flavored with various spices, which give it a truly unique taste. Locals make great bread with nuts, olives and even bacon, but the most common are spices like cumin seeds, sesame seeds, raisins and poppy. Speaking of culinary traditions of Alsace, it’s worth to … Open

Traditions and mentality of Alsace

Art lovers associate Alsace primarily with the work of Jean-Jacques Valetz, which is known to the general public as Annecy. Today, works of this outstanding cartoonist and illustrator are widely admired; he covered the brightest everyday topics in his works. Drawings of Uncle Annecy became an integral part of national folklore; they also decorate a variety of souvenirs. It’s quite simple to recognize pictures … Open

One of the oldest castles in the region is Château Haut-Barr built in 1100. It is located in the surroundings of Saverne. This medieval castle is located on the hilltop too. It has a view of historical city streets and main attractions. The most extraordinary castle from an architectural point of view is Château du Fleckenstein built in 1165. It resembles a boat with its outlines. The length of the castle is 52 … Open

7. Going to one of the gastronomic establishments, it’s worth remembering that tipping is required. The tip is usually about 12-15% of the account; in large restaurants service charge may be included in the total. 8. One of the busiest tourist seasons in Alsace is Christmas holidays. At this time, holiday markets are working in all cities of the province; the largest market is in Strasbourg. At this time, … Open

Another landmark is so-called Pharmacie du Cerf; this half-timbered building was erected at the turn of the 15-16th centuries. Palais Rohan would be interesting too, as nowadays it houses three museums. One of them is devoted to painting, the other represents unique archaeological findings, and the third is home to works of decorative art. Old town of Colmar will appeal to fans of excursions; there are several … Open