Detailed hi-res maps of Luxembourg for download or print 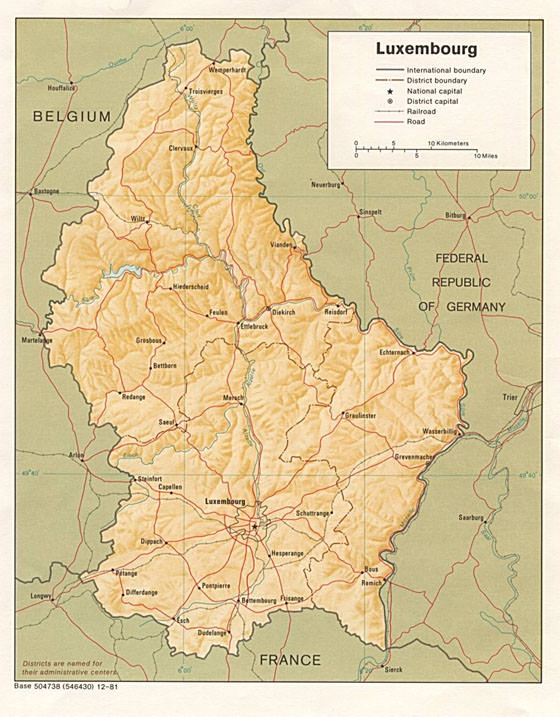 The actual dimensions of the Luxembourg map are 1036 X 1327 pixels, file size (in bytes) - 235402. You can open this downloadable and printable map of Luxembourg by clicking on the map itself or via this link: Open the map. 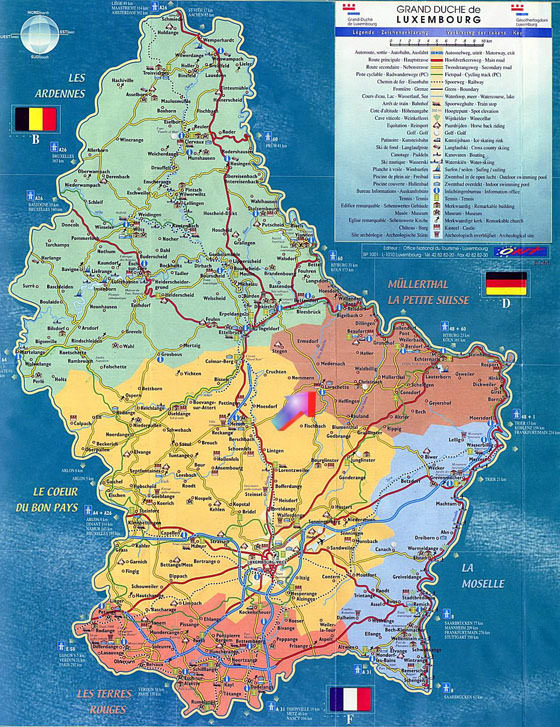 Moving around in Luxemburg - transportation

Luxembourg is very small but economically developed country. It has an excellent transport system. The railway network connects the country with neighboring France, Belgium, and Germany. There are several routes of regional trains to the border stations of these countries. The total length of railway network is 274 kilometers. You will also find regional buses running from all the different localities to the railway stations. The entire railway system is represented by modern, comfortable trains. However, despite the popularity of the railway, the most popular mode of transportation in the country is buses. In the Capital, there are about 25 bus routes, whose network looks like a star on the map. Most of the routes pass through the railway station and the central bus station Hamilius. Buses also connect the city with the airport, and even at night, it is possible to move along some routes. … Open

Agriculture is also well developed in Luxembourg with the main emphasis being animal husbandry. Recently, there has also been a development in the dairy and meat industry, coupled with a rise in domesticated poultry and pigs. Crop production is also represented by large vineyard plantations. It should be noted that almost all the harvest of wheat, potatoes, carrots, and beets is exclusively directed to local consumption. Luxembourg is considered one of the largest international banking and financial centers. Within its small territory, more than 200 major banks successfully function. The Government of the Country attracts foreign financiers with its policy and encourages the registration of large multinational companies. Thus, the country gets the opportunity to withdraw large domestic liberal taxes, and has an offshore. … Open

Search for services, infrastructure and sights on map of Luxembourg

Our guide chapters over Luxembourg

An unusual approach to design is an advantage of Hotel Simoncini. This stylish hotel exhibits a large collection of works of local sculptors and painters. These works can be seen literally everywhere – in all rooms and passages, one can see beautiful paintings of different styles, while the hall and entrance are decorated with sculptures. The décor of all rooms is mostly made in shades of white. Bathrooms also … Open

5. Voltage in Luxembourg is 220 V, so before you leave your home, check appliances for compatibility. 6. There are not so many cars in the city, so you can walk by feet almost on all the streets. 7. Rates in local restaurants and shops are quite high. It is not recommended to purchase the items you like in the first store on your way. There’s a chance that the same item will cost a … Open