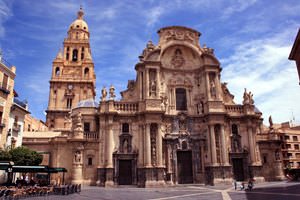 Each year Murcia witnesses several bright and remarkable ethnic holidays and festivals which attract many tourists to the city. Plenty of entertaining programs, inimitable folk performances and festive treats are among main attractions for the city guests. A scale festival is held in Murcia in spring. Its main festive event is the Burial of the Sardine march. An original event with a weird name offers night parades and entertaining shows. All the visitors of the city as well as local folks can take part in the show.
Advices to travellers: what you should know while being in Murcia
1. Hotel services, shopping and dinners at restaurants should better be paid in national currency. Currency can be exchanged in one of the local banks. The most profitable exchange rate is …

Open
At nightfall the central streets of the city witness bright parades and marches during which one can meet great many of weird people in the same weird fantastic costumes and outfits. One will come across mighty volcanoes and scary daemons. The show features bright performances of local samba schools as well.
The same interesting holiday is the Festival Internacional Murcia Tres Culturas which takes place in May and is an international event. The main theme and aim of the festival is racism combating and mutual understanding of people of different cultures. The name of the festival mentions three cultures for a reason. The matter is that during the Middle Ages period the territory of the Iberian peninsula was settled by the representatives of three religious trends: Jewish, Muslim and Christian. Copyright www.orangesmile.com
Extraordinary weekend in Murcia - unusual places, services and attractions for travel gourmet
…

Open
In the course of the history the festival has added many original, engaging traditions. Different scale conferences, exciting exhibitions and music shows are held within the festival. Regarding the entertaining events the folklore traditions of local people are best worth attention. Local folks inherited from their ancient ancestors the way of the “Auroras” song rendering being an essential part of any ethic fest. 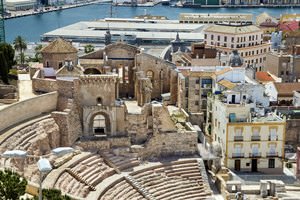 The songs are frequently accompanied with peal of bells. The music performance looks just fantastic. Local culture features its own ethnic music instrument called dulciana. This wind instrument slightly resembling an oboe was inherited from Moor by local folks. The music played on oboe has its own name as well which is “tio de la pita”. The music is often accompanied with drumming. Local people are rather kind and amicable towards foreign tourists and proudly demonstrate their cultural traditions.
Shopping in Murcia - main shopping streets, outlets and boutiques
Murcia is rich in both huge malls and small-scale specialty stores that should be of interest to all shopping fans. One of the largest shopping plazas in the city is Centro Comercial Thader, …

Open
After one of the most celebrated Christian holidays in Spain, Semana Santa, the Certamen Internacional de Tunas Costa Cálida is held in Murcia. It is annually held in the beautiful Pérgola de San Basilio garden. At this time, performers from all regions of Spain, including Canary and Balearic Islands, entertain people with their theatrical, dance, and music performances. By the end of the holiday, the best performers are awarded at the gala concert. It is a very joyful feast that will give you an excellent opportunity to learn about the pop culture of Spain without getting bored. 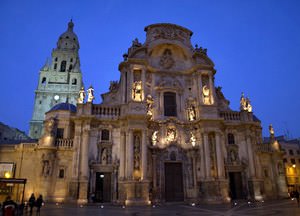 The middle of July is a great time to acquaint with local culture. At this time, the Festival Internacional de Folklore en el Mediterráneo is held in Murcia. It is dedicated to different cultures. Performers come from all corners of the world to show their dancing, singing, and music skills and culture. The festival is held in the central streets of the city (Plaza del Cardenal Belluga, Plaza de la Cruz, Plaza Santo Domingo, and Av. de la Libertad) where special stages are built.
Guide to Murcia sightseeing - things to see and to visit
This is a small provincial town in southern Spain. Originally the area was pretty desolate and lifeless, but in the beginning of the 8th century the creation of an artificial system of …

Open
One of the most spectacular events in the region taking place in early September is the Feria de Septiembre de Murcia. Besides fairs where you can taste different wines and snacks, you can take part in other activities: amusement rides, music concerts, master classes, themed tours, art exhibitions, pet shows, and open-air cinema shows. Every year, the festival organizers prepare a surprise. For example, in 2018, it was the launching of hot-air balloons that impressed all visitors. So, the fair will stick in tourists’ memory for a long time. The festival is held at different locations of the city: parks, culture centers, concert halls, or the embankment of the Segur River. 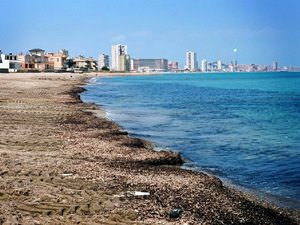 In the city, Christian holidays are widely celebrated. As mentioned above, one of them is Semana Santa. Other important holidays are Christmas (Navidad), Epiphany (Día de Reyes), the Assumption of the Virgin Mary (Asunción), and the Feast of the Immaculate Conception (Inmaculada Concepción). On 9 June, the Day of the Region of Murcia (Día de la Región de Murcia) is celebrated in all big cities. Of course, the most large-scale events take place in the capital of the region. On the Centro Cultural Infanta Elena de Alcantarilla, music, dance, and theatrical performances that present the culture of the region are held. Then, the government rewards musicians, sportsmen, and dancers who contributed much to the development of the region.

This guide to traditions and festivals in Murcia is protected by the copyright law. You can re-publish this content with mandatory attribution: direct and active hyperlink to www.orangesmile.com.
Murcia - guide chapters 1 2 3 4 5 6 7 8 9

Cathedrals and basilicas near Murcia
♥   Concatedral de San Nicolás de Bari, Alicante, 68.5 km from the center. On the map

♥   Castle 'Castle of la Concepción of Cartagena' Region of Murcia, 44.2 km from the center. On the map

♥   Castle 'Castle of los moros of Cartagena' Region of Murcia, 44.3 km from the center. On the map

Colors of Murcia in photos

Traditions and festivals in cities around Murcia

La Palma
Locals believe that a big dragon once lived in these places. Its main victims were elephants that inhabited this land, but the biggest and strongest elephant has eventually managed to defeat the monster. When the dragon's blood spilled on the soil, the young trees soon appeared on it. It is believed that the real dragon blood is flowing through their trunks. The islanders ... Open »
Alicante
During a year Alicante hosts numerous interesting holidays. However, Bonfires of San Juan holiday remains the most attractive celebration for tourists. The celebrations are conducted each summer on the day of summer solstice. The city residents make large fires in order to welcome the mighty sun. Anyone can put any unnecessary item in the fire. This ritual remains of a ... Open »
Benidorm
The best time to visit Benidorm is certainly during the period of national holidays. Every celebration here is accompanied by an interesting entertainment program. Many holidays have very interesting customs and traditions behind them, so tourists will surely get many unforgettable memories. The most favorite and beloved holiday is celebrated on January 5. This holiday is ... Open »
Albacete
The town of Albacete lies in the depths of the Iberian Peninsula, and you can reach it in a couple of hours via the train from Valencia. The station of Albacete is not the largest in Spain, and a traveler who does not know about this city can easily pass it by, although the city undoubtedly deserves a visit. This town, or rather a big village, was founded during the times of ... Open »
Almeria
The local cuisine is also distinguished by various interesting traditions. Thus, the olives have become a kind of a symbol of professional chefs. The olives are used to produce excellent oil, which has become a required component of many local specialties. Olives can be even served as a separate dish. They are marinated, stuffed with spices and anchovies and certainly added to ... Open »
Valencia
The most grandiose event, which is eagerly awaited by all participants of the festival, is held on the last day of the festival. Right after the burning of figures starts a colorful fireworks show. Deafening explosions of firecrackers and bright flashes that illuminate the sky - the show is really very impressive and fascinating. During the days of the festival Valencia is ... Open »

Cityguide on traditions, mentality and lifestyle of people in Murcia. Learn the best periods to visit Murcia to discover its soul - authentic festivals, events and celebrations. We will also reveal the interesting habits, attitude towards the world and to tourists in Murcia.