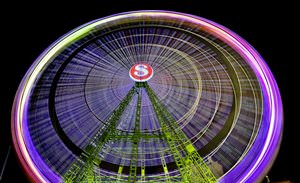 The town of Albacete lies in the depths of the Iberian Peninsula, and you can reach it in a couple of hours via the train from Valencia. The station of Albacete is not the largest in Spain, and a traveler who does not know about this city can easily pass it by, although the city undoubtedly deserves a visit. This town, or rather a big village, was founded during the times of the Arab invasion and its original name sounded like Al-Basit. The main local attraction is the Cathedral of St. John the Divine, which is located in the central Cathedral Square. At 600 meters to the southeast of the cathedral, you can enjoy the largest park of Albacete - Abelardo Sanchez Park. The park is considered to be the city's lungs, here in an area of ​​more than 100 thousand square meters, you can stroll between pines, banana trees, and palms. There are many fountains and springs in the park.
Excursion over cultural sights of Albacete - 'must visit' points of interest
Perhaps the main city attraction is Albacete Knife Museum opened in 2004. The museum's halls display rich collections of knives and daggers, as well as other artifacts made of steel. In the …

Open
Local people are proud of their historic heritage and love to share interesting stories about the native city with tourists. Since ancient times, Albacete has won the fame of the city, where skilled metal craftsmen have settled. But the biggest pride of Albacete is the manufacture of knives and from here they disperse both throughout Spain and far beyond its borders. Almost everything is connected with knives in Albacete. Already in the building of the station, you will be greeted by sculptural compositions in the shapes of traditional Spanish knives. Original knives brought from Albacete can serve as a memorable souvenir or become a worthy decoration for authentic armor collections.
Despite knife manufacture, local people of Albacete have an eye for delicious food and culinary art. The traditional and most favorite meat dish is the Cochinillo de Segovia - a roasted pig, cooked according to an old recipe. Besides meat delicacies, you can taste soups and vegetable dishes in Albacete restaurants. According to travelers, the local menu pleases not only with the choice, but also with the prices, and the size of portions here is considerable. In a word, delicious, satisfying and within the budget! In addition, almost in every restaurant, visitors will find an excellent wine list. Residents are wine gourmets, that is why large gastronomic institutions can boast of having their own cellars. Moreover, on the territory of the city, you will find own production of this noble drink. Copyright www.orangesmile.com
Your active city break in Albacete. Attractions, recreation and entertainment - best places to spend your day and night here
Extraordinary nightlife is one of the most important reasons to visit Albacete. La Zona is the part of the city, where you will be able to enjoy numerous entertaining establishments, from …

Open
Carnaval de Villarrobledo is one of the most important holidays not only in Villarrobledo itself but also in the entire province of Albacete. This carnival is a significant holiday, the history of which is lost in the Middle Ages. According to written sources, the carnival was founded in 1510. The main part of the festival was held in the streets, where every visitor could enjoy the music by the military brass bands, the game of stray musicians and artistic processions dancers in the mascarade suits and masks. Nowadays, every tourist will be able to enjoy a bright parade, costumed procession, and musical contest of stray musicians held in the Plaza de Ramón and Cajal. Make sure not to miss the most fun parts of the Carnaval de Villarrobledo, which are the "Funeral of Sardines", "The Night of La Mancha", and a wedding contest. The carnival date is floating, as far as it's connected with the Easter holiday. 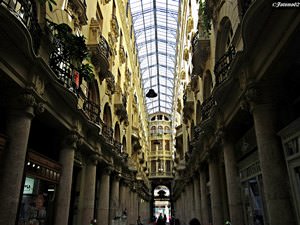 Local people are very religious and celebrate such Holidays as Easter or Christmas with all the traditional rituals and attributes. A great deal of attention is paid for the Holy Week in Hellin, but the most interesting celebration passes in Albacete province. It involves almost the entire population of the city and 29 brotherhoods. The holiday starts on Palm Sunday - the day when Jesus entered Jerusalem. On the day of Easter, after the resurrection of Christ, the merry part of the holiday begins. The whole city is filled with people dancing to the drums. The distinctive feature of the Holy Week in Hellin is the so-called tamborada or the processions of drummers. The number of drummers in tamborades reaches 25 thousand people of different sex and age. The brighter tamborades in the Holy Week take place on the first Friday of the holy Friday, when the procession marks the way to Golgotha, and on Easter Sunday. After a long silence, the drummers begin to play deafeningly, expressing their joy at the Resurrection of Christ.
Advices to travellers: what you should know while being in Albacete
1. The best way to travel around the city is by buses. However, after 8:00 PM they run less often than in the daytime. Suburban attractions can also be easily reached, but it's advisable to …

Open
The most anticipated event is the Feria de Albacete, which takes place annually from September 7 to September 17. The fair is dedicated to the Virgin de los Llanos. Due to the bullfight, held during the fair, the population of the city increases 4 times during the celebration. Feria de Albacete starts with the display of the Virgen de los Llanos. In the days of the fair, you will enjoy cavalcades from hundreds of parade carriages, accompanied by military brass bands and women in folk costumes. The parade starts at Avenida de España and ends at the door of the fair building, where the mayor's speech takes place accompanied by fireworks or light shows. Here you will be able to spend a good time during various fun games and lotteries. Be sure to try your luck at the lottery of Mercy, conducted on a charitable basis. Also in the days of the fair, you must check out traditional corrida and an exhibition of knives.

This guide to traditions and festivals in Albacete is protected by the copyright law. You can re-publish this content with mandatory attribution: direct and active hyperlink to www.orangesmile.com.
Albacete - guide chapters 1 2 3 4 5 6 7 8 9 10

Cathedrals and basilicas near Albacete
♥   Catedral de San Juan Bautista, Albacete, 1.5 km from the center. On the map

Colors of Albacete in photos

Traditions and festivals in cities around Albacete

Murcia
The same interesting holiday is the Festival Internacional Murcia Tres Culturas which takes place in May and is an international event. The main theme and aim of the festival is racism combating and mutual understanding of people of different cultures. The name of the festival mentions three cultures for a reason. The matter is that during the Middle Ages period the territory ... Open »
Valencia
Modern holiday has changed a lot and it has got many new traditions and customs. Nowadays chandeliers are not widely used and many people simply cannot part with their belongings easily, so during the modern festival are burnt huge figures made of papier-mâché. Skillful masters work for several months over their creation. During the festival these huge figures and beautiful ... Open »
Benidorm
In order to welcome the long-awaited spring, the local residents construct huge figures made of cardboard, and then they burn them on the squares of the city. March 18 is always the time for various fairs and cooking contests. In the evening everyone gathers on the main square of the city in order to admire a spectacular pyrotechnic show. The celebration of Day of Moors and ... Open »
La Palma
Another interesting symbol of La Palma is the dragon trees, which can be called one of the wonders of the world. These trees are distinguished by a unique appearance and an impressive size, their age can exceed a thousand years. The main characteristic of the trees is their resin's rich red color. Many beautiful legends are associated with these trees. Locals believe that ... Open »
Toledo
During a walk through the city attentive tourists are sure to notice how important the skillful craft is. Armorer shops are located literally on every street, and many social and recreational facilities use sabers and swords as main decorations of the interior. Toledo is famous because of skilled jewelers too; they make unique works of art of precious metals. It is safe to say ... Open »
Madrid
Christmas holidays are the time for a special celebration for citizens. All celebrations here are always held with a grand scale and attract many tourists. All main activities are organized on Plaza Mayor, where takes place the Christmas fair. During several days the streets of the city are decorated with beautiful illuminations, and the squares of the city become the location ... Open »

Cityguide on traditions, mentality and lifestyle of people in Albacete. Learn the best periods to visit Albacete to discover its soul - authentic festivals, events and celebrations. We will also reveal the interesting habits, attitude towards the world and to tourists in Albacete.