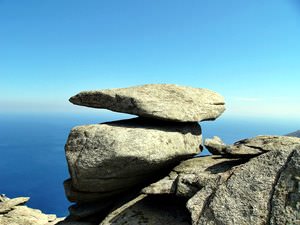 While communicating with Greeks remember that some of the gestures have peculiar meaning here. For example, they express any objections by raising their eyebrows and their whole head upwards, while softly clicking with their tongue. When locals signal to somebody to join them, they extend their arms with their palms facing downwards. Greeks touch or pat the lower lip with the index finger when they want to say something. Ikaria inhabitants put a palm to their chest to say «thank you».If you want to show neglect to a person, just pretend that you are brushing off the dust of the lapel of the jacket.
Shopping in Ikaria Island - main shopping streets, outlets and boutiques
While being on holidays in Ikaria, don’t pass by truly Greek souvenirs. For example, different matopetra souvenirs are sold here. This stone is well-known among superstitious people. …

Open
In general, Greeks are very emotional people. They use a lot of hand movements, raise voice and interrupt each other. They don’t want to insult anybody, it is just their communication style. Locals like to touch people during a conversation without embarrassment. They always express feelings openly. If a Greek wants to sing, he will do that even being in a public place. The locals are not too scrupulous in matters of etiquette. When eating, they laugh loud and emotionally discuss different issues even while a business lunch.
Local inhabitants love to gather around the table with family and friends in favourite taverns. They drink ouzo and retsina, have a meal and chat under the folk music and dances. However, you won't find drunk people on the streets of Ikaria. The reason is that invariable behaviour is a disgrace for Greeks and foreigners. So, if you don’t want to be condemned by locals, try to control yourself . Copyright www.orangesmile.com
Guide to Ikaria Island sightseeing - things to see and to visit
Ikaria is the picturesque island in the Aegean Sea, which has received its name in honor of the mythical character Icarus. That’s a very quiet and picturesque island without …

Open
The atmosphere on Ikaria is so relaxing and peaceful that even straight workaholics forget about their work and all the problems and enjoy holidays. It is caused by the fact that Greek people believe that the most important thing is to make the most of life. Greeks never work hard and it is not important for them to earn money. They will never waste their time and energy to climb the career ladder. Locals have a strange attitude toward money. They can’t be called thrifty people. If a Greek gets a large sum of money, he will immediately waste it or he will spend it on an evening in a tavern or useless things. In short, local inhabitants are bad investors, they don’t keep large sums of money in banks. 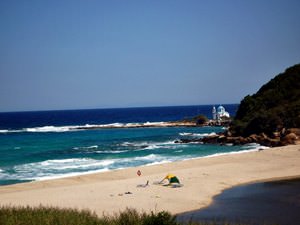 If you want to win the favour of a Greek person while having holidays on Ikaria, say something pleasant about the island or show that you know some historical facts about Greece. Greeks are great patriots but they often criticize their government, but you should never do the same. Locals can't stand when foreigners speak ill of Greece. Remember that Greeks love to teach people and give advice. It is customed on Ikaria to greet everyone entering a public place such as a shop or a tavern.
Family holidays with kids in Ikaria Island. How to entertain your child, things to show to children.
Ikaria is a perfect place to introduce your child to the myths and legends of ancient Greece. According to the legends, Icarus, the son of an architect Daedalus, made his fatal fall from the …

Open
Greeks are quite religious people. Christmas, Easter and many other religious holidays are celebrated here. Ikaria is famous throughout Greece for her "Panagiria", traditional feast days that celebrate the Saints' name days and other religious holidays. During the festival, people perform folk dances and hold fairs. In general, people love fairs. You can visit them throughout the year. The day of the Prophet and the day of the liberation are also celebrated here. If you are a girl who has decided to visit Ikaria alone, be ready to get compliments from local men. They always flirt with women. They are even not embarrassed by the presence of their wife or girlfriend. But don’t take it seriously.

This guide to traditions and festivals in Ikaria Island is protected by the copyright law. You can re-publish this content with mandatory attribution: direct and active hyperlink to www.orangesmile.com.
Ikaria Island - guide chapters 1 2 3 4 5 6 7 8

City tours, excursions and tickets in Ikaria Island and surroundings

Survived castles around Ikaria Island
♥   Castle 'Monastery of Saint John the Theologian' Patmos, 47.8 km from the center. On the map

The wonderful climate, the history full of events and the antique heritage influenced the mentality of the Greeks. These people prefer to live today. They love and know how to enjoy their life. The Greeks have a special attitude to money. Everyone wants to become rich, to earn a large amount of money, but not all are ready to work hard to achieve their goal. This is why lotteries are so popular in the country. Local people traditionally buy scratch-offs. The Greeks know how to spend money in a posh way. They buy luxury clothes, expensive cars, and entertainment stuff. It’s not customary to save money and postpone fun for later. … Open

Colors of Ikaria Island in photos

Traditions and festivals in cities around Ikaria Island

Patmos Island
Most locals are friendly to tourists and are always ready to help. By the way, keep in mind that here the norms of politeness assume the need to welcome everyone, entering any institution – whether it's a bank, a shop or a tavern. For the Greeks, the notion of honor is still important. The deception or betrayal of friends and relatives is unacceptable. Most locals are very ... Open »
Samos Island
Greeks may seem quite lazy for some tourists. But Greek mentality plays a key role in their behaviour. They are used to live as they please. Money and wealth don’t play a great role in their lives. Local residents can easily come to a tavern, throw a party and pay for it. Greeks often spend money on expensive and useless things. They believe that money should bring pleasure ... Open »
Mykonos Island
Mykonos inhabitants love their homeland, but they often criticize the government. However, they can't stand when someone else does the same. Try not to discuss this subject if you don’t want to hurt feelings of the locals. Greeks love to teach people and it is getting worse with age, but elderly people are highly respected in Greece. Married men love to flirt with different ... Open »
Mykonos City
Mykonos is also popular with sports fans. It is often called “‘island of the winds”. It is windy on the coast. The wind makes local beaches perfect for surfing and sailing. During the year, Mykonos hosts a lot of sports competitions that always attract many foreign guests. Due to such cultural diversity, Mykonos is one of the most picturesque and most unusual Greek ... Open »
Leros Island
Local women are very fond of jewelry, and not necessarily expensive. Sequins, semiprecious stones, Swarovski crystals, and bijouterie – all this is very popular among the Greek women. Men try to show their experience in all situations and give advice of a wise person, even if no one specifically asks for it. Any representative of a strong half of humanity will stare at a ... Open »
Amorgos Island
Engaged or married men like to flirt with women. They are even not embarrassed by the presence of a girlfriend or a wife. If you are a woman and you’ve decided to visit the island, be ready to get compliments by locals. There are various religious festivals on Amorgos. Some of them are Easter, Feast Day of Agioi Anargyroi and Feast Day of Agia Paraskevi. The most vivid ... Open »

Cityguide on traditions, mentality and lifestyle of people in Ikaria Island. Learn the best periods to visit Ikaria Island to discover its soul - authentic festivals, events and celebrations. We will also reveal the interesting habits, attitude towards the world and to tourists in Ikaria Island.