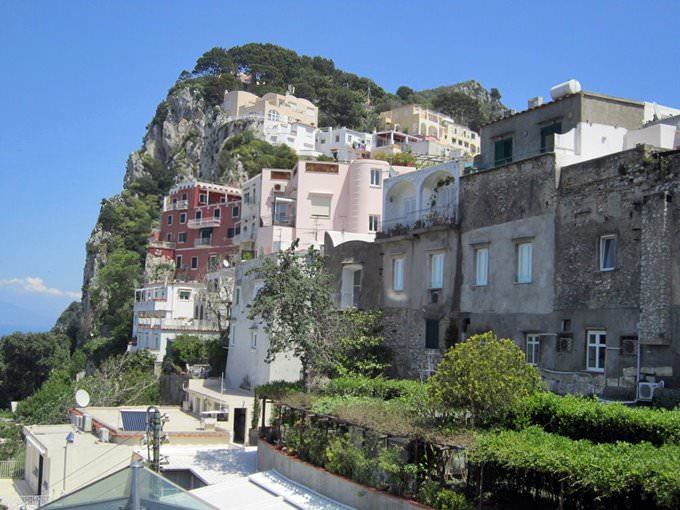 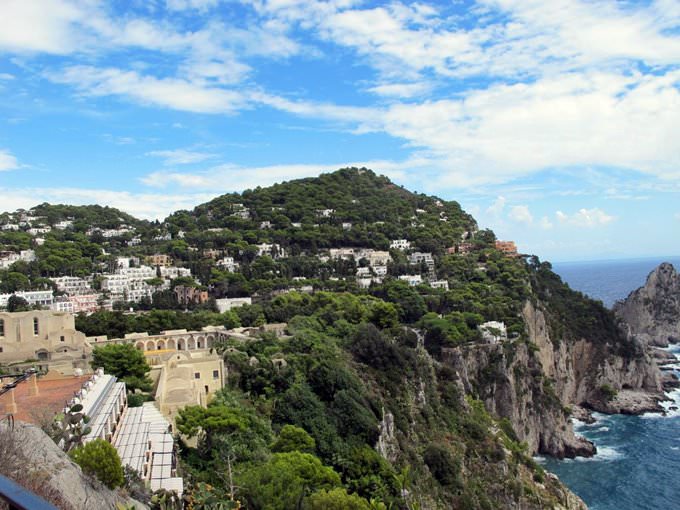 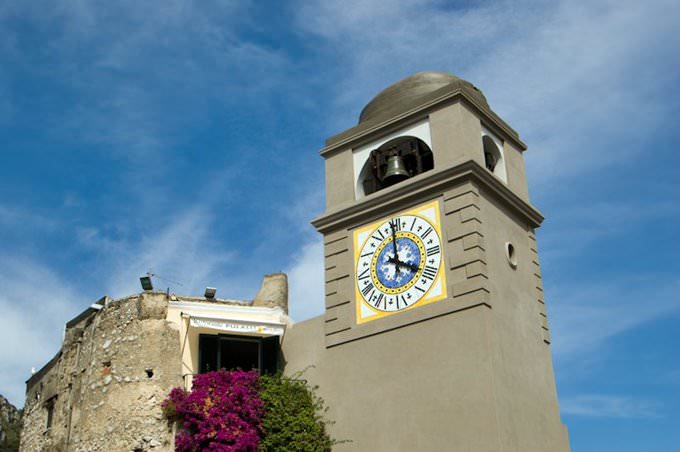 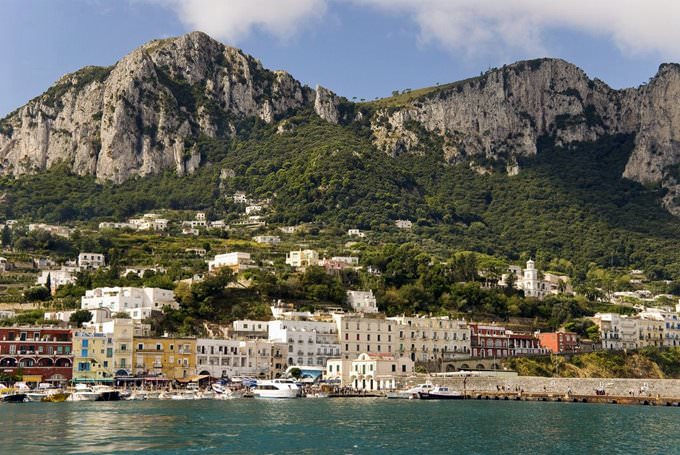 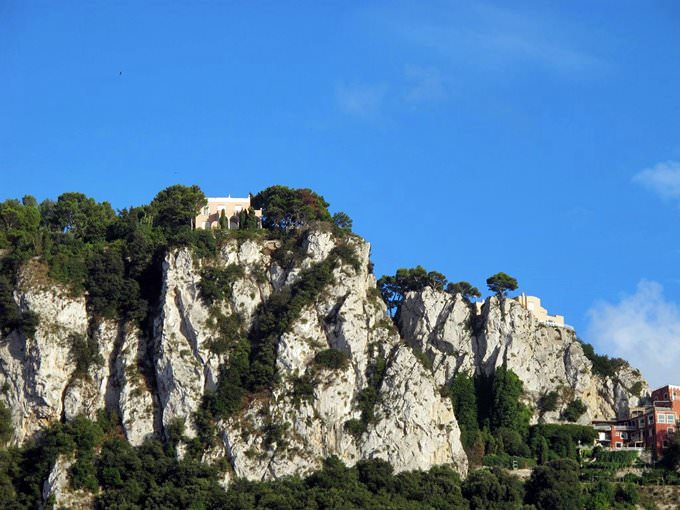 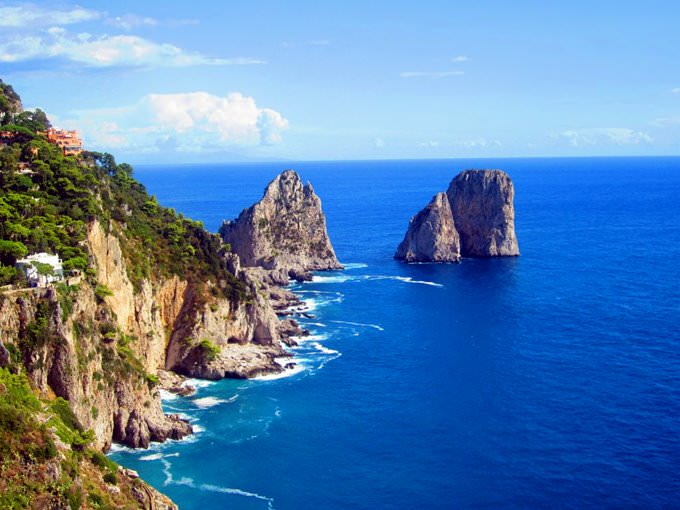 View from the Capri Botanical Gardens by Thegirlsny @flickr 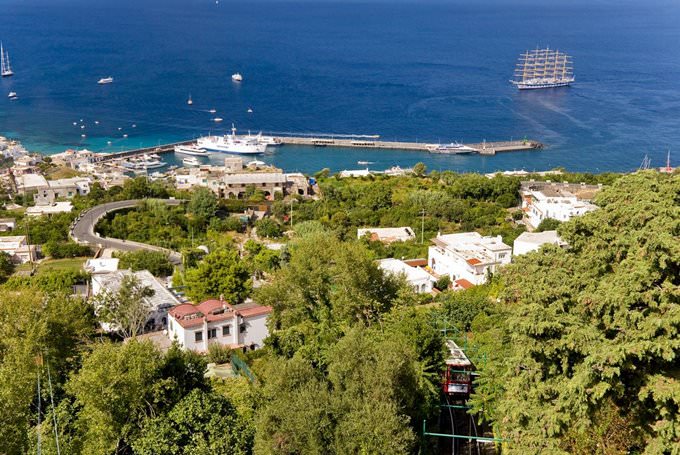 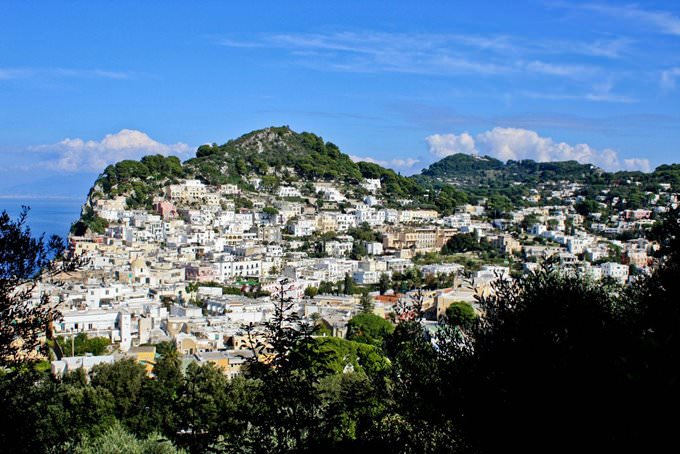 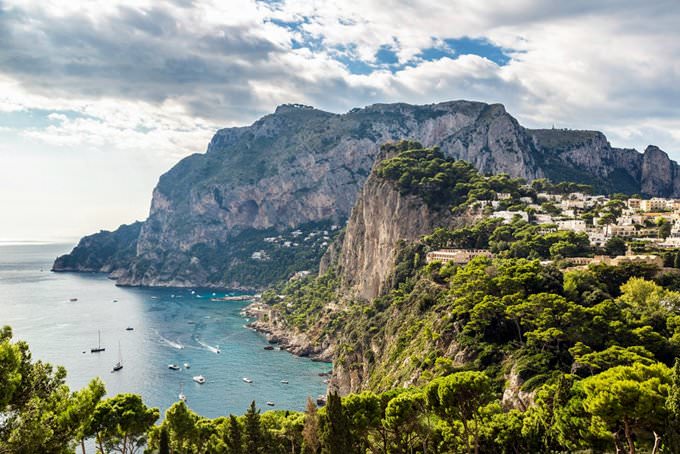 Chapters of the guide to Capri

Much of the tourists prefer to spend time at local beaches, as latest are picturesque and well equipped. Most upscale beaches are located in Marina Piccola; there are both quite busy areas and secluded places such as Da Gioia. Travelers who are staying on vacations as a family, would like Bagni Tiberio beach. It is well equipped and suitable even for families with young children; it’s comfortable to get to the … Open

The island of Capri is famous for its delicious tomatoes that are delivered in a variety of countries. Fertile soil and favorable climatic conditions are ideal for growing vegetables. Local tomato will amaze even experienced cooks with its unusual taste; locals believe that this unusual taste is due to unceasing sea breeze. Local chefs cook excellent sauces of tomatoes; they have a clear flavor of shellfish, thus … Open

Connoisseurs of modern comfort should choose the Marina Piccola Bay. There are several well-equipped beaches. At the coast, there are cozy restaurants, sports and beach equipment rental centers. It will be comfortable to vacation here even with small children. Those travelers who prefer vacationing in uncrowded places will be impressed by the da Gioia Beach. Even in the middle of the tourist season, it has … Open

Those who want to spend time in private atmosphere are recommended to choose Da Gioia Beach. Even in summer there are few visitors there, so the beach is very secluded and has romantic atmosphere. Here visitors can complement their leisure with tasting gourmet fish dishes at the local restaurant; it’s open daily from July to August. Marina Piccolla has to be mentioned among comfortable places. This pebble … Open

Search touristic sights on the map of Capri

Photogalleries of neighbours of Capri

Sorrento
Villa Comunale is among unique architectural monuments of these places. It is located in the picturesque area; during the tour, vacationers can enjoy beautiful panoramic views of surrounding places. Not far away is the Chiesa di San Francesco and a small monastery, also named after the saint. The monastery of San Francesco was built in the early 15th century. It features ... Open »
Procida Island
Visit the village of Coricella. It was here that some scenes of such famous films as "The Talented Mr. Ripley" and "The Postman" were shot. However, the settlement was founded a long time ago and in itself is a monument of history. The Church of San Rocco, built in the 15th century, can be called one of the most ancient local buildings. Here you can find many mansions of the ... Open »
Amalfi
If you want to learn more about the history of the town, Museo Arsenale is the right place to visit. A big part of the museum’s collection is dedicated to findings discovered in the depths of the sea. Museo Arsenale exhibits an interesting collection of old weapons, antique shipboards equipment, nautical charts, and other related artifacts. There is an interesting ... Open »
Isola di Ischia
Take time to visit the Cathedral of Ischia. Next, to it, there is the beautiful Clock Tower, where the Museum of the Sea is located. Be sure to visit the Papal Basilica of the Madonna of Loreto and the Church of Saint Maria of the Snow of Soccorso in Forio. By the way, a dozen medieval towers that served to protect against the pirate raids have remained in the city. For a ... Open »
Agropoli
The Chiesa della Madonna di Costantinopoli church is interesting not only from an architectural point of view – it also has a wonderful panoramic view of the city and the quay. The shrine is dedicated to Madonna, who, according to legend, appeared here several times. It always happened on the 24th of July and the first time it did was in the year 1535. The church, though ... Open »
Isole Pontine
The Roman Gallery can be called another great heritage of ancient civilizations, which in fact is a tunnel, connecting the village called Ponza to the Chiaia di Luna beach. Throughout the island, you can find traces of the presence here of the Romans – the aqueducts, the bridges, the roads. In the center of Ponza, there are three necropolises, which, according to ... Open »
OrangeSmile.com - online travel reservation expert providing reliable car rental and hotel booking services. We feature more than 25.000 destinations with 12.000 rental offices and 200.000 hotels worldwide.
Secure Server