Detailed hi-res maps of Bastia for download or print 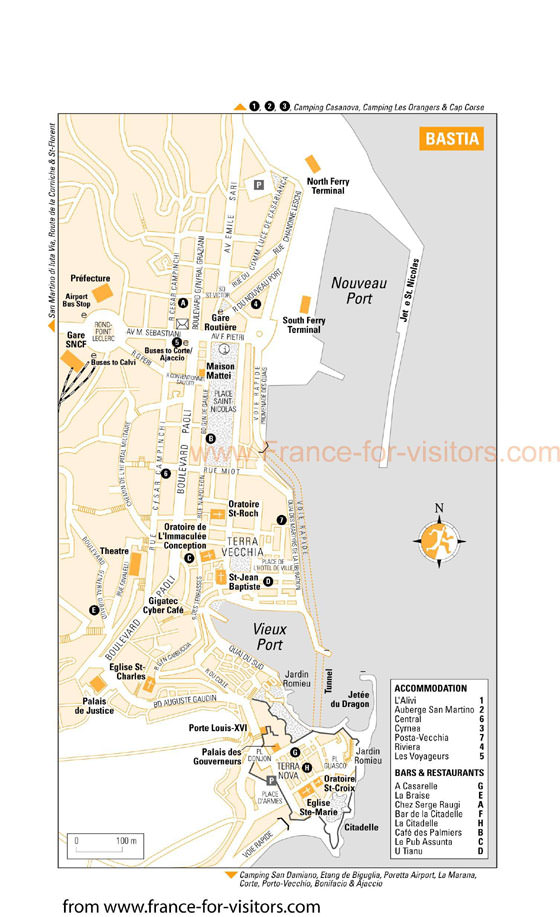 Search for services, infrastructure and sights on map of Bastia

Our guide chapters over Bastia

Shopping in Bastia is more about seeking interesting and unique items rather than hunting trends and brands. The flea market on Place Saint-Nicolas is not only a place to buy or sell. For local people, it’s a meeting place. Tourists can come there to touch bric-a-brac and trinkets or shop finest products from the nearby small villages. One of the most bustling markets in whole Corsica will amaze visitors with … Open