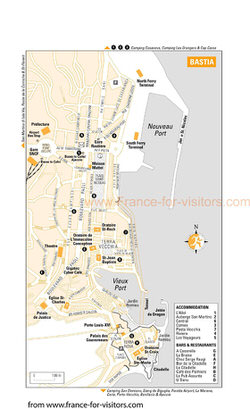 Interactive maps of hiking and biking routes around Bastia

1. You can zoom in/out using your mouse wheel, as well as move the map of Bastia with your mouse.
2. This interactive map presents two modes: 'Biking Routes' and 'Hiking Routes'. Use the '+' button on the map to switch between them.

This Bastia map has two modes: 'Railway Network' and 'Landscape & Rural Map'. Use the '+' button on the map to navigate.

Our guide to Bastia