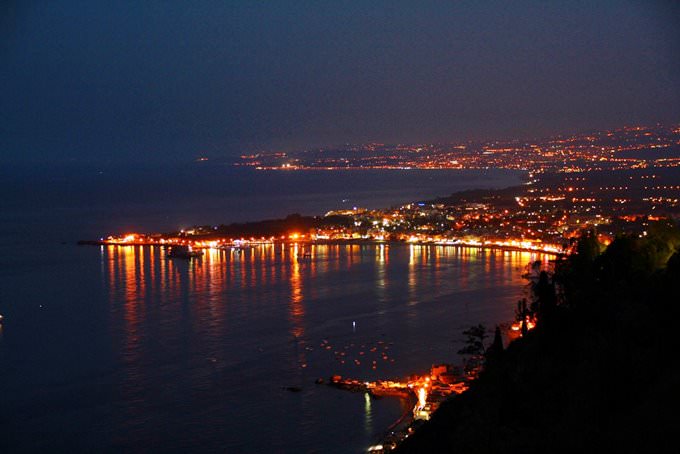 Taormina is not by chance considered the most prestigious and fashionable resort of Sicily, as its beaches are indescribably amazing. Traditionally, the height of the tourist season falls on summer months, so local beaches are always crowded during this period. Travelers who prefer relaxing in a more quiet atmosphere usually visit the picturesque resort during the off-season. In the early autumn and late spring, weather conditions are ideal for beach activities.
Your active city break in Taormina. Attractions, recreation and entertainment - best places to spend your day and night here
Undoubtedly, the main entertainment of visitors to the picturesque resort is beach recreation. You can also diversify leisure activities by walking, visiting attractive shops and …

Beach located in a small bay of the same name is believed to be the most beautiful and popular beach in Taormina. The bay is surrounded by picturesque steep cliffs, which reliably protect it from strong winds. Mazzaro sand-and-pebble beach is very calm, so it's perfect for a holiday with children and for those who can't swim.
Photogallery of Mazzaro:

Beach is strongly recommended for tourists who prefer soft sandy beaches. This tiny beach covered with coarse light sand has long been popular among couples with children. Its main advantages worth noting include the absence of strong waves and winds, as well as a crystal-clear water. Despite the fact that Spisone beach is never empty, it has managed to maintain its unique ecological characteristics.

Top hotels in Taormina for business trip or short vacation
Taormina is famous for its amazing historic hotels, the atmosphere of which is unique and attractive. One of the most prestigious hotels in the resort is San Domenico Palace occupying a …

Island that is situated in the immediate vicinity of Taormina coast. It will not be difficult to reach the "beautiful island". It has long been chosen as a holiday destination by guests of the resort and many local residents. The entire island is a reserved area, so travelers will have a great opportunity to relax on its picturesque coast that has preserved its pristine beauty. Classical beach holidays may be combined with walks in the picturesque places, as there are lots of interesting hiking trails laid out through Isola Bella. 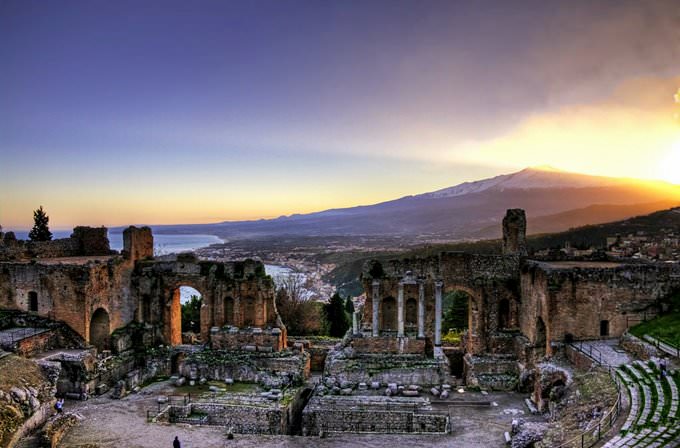 Lido stands out among other popular beaches of Taormina. This stretch of coast is considered to be the most prestigious. Many world-renowned stars had been resting here for many years. Near the beach are top-rated hotels and restaurants where you can accidentally meet famous celebrities even today. Currently, the sand-and-pebble beach of Lido is more democratic; however, many travelers still come to the coast for the sole purpose of seeing world celebrities.
Guide to Taormina sightseeing - things to see and to visit
The picturesque resort town of Taormina is one of the oldest on the Sicilian coast. The first mention of the Greek settlement of Tauromenion dates back to the 4th century BC. According to …

. It is characterized by its impressive scale, thanks to which the coast is never too crowded and too noisy. In close proximity to the beach there is a decent choice of gastronomic establishments of various levels, as well as nightclubs, so you can spend your time here comfortably all day long. It is also worth noting that Giardini Naxos is extremely popular among local residents and is not inferior to Taormina's prestigious beaches in terms of infrastructure. On the coast, you can find paid furnished beach areas or free of charge but more modest zones for budget travelers.

This guide to top beaches in Taormina is protected by the copyright law. You can re-publish this content with mandatory attribution: direct and active hyperlink to www.orangesmile.com.
Taormina - guide chapters 1 2 3 4 5

Interesting places in Taormina for your excursion Distance from Taormina center - 28.5 km.
In Italy, there is one more powerful volcano, Etna. It has directly influenced on the formation of the modern reliefs. That’s is one of the main attractions of Sicily and one of the most active volcanoes in the world. The first violent eruption of Etna occurred in the 16th century BC. Researchers and historians officially recorded 150 violent eruptions of Mount Etna to these days. A number of less powerful eruptions can’t be calculated precisely. … Read further Distance from Taormina center - 0.3 km.
The Italian town of Taormina has also its own unique antique symbol - a beautiful amphitheater that recalls the culture and traditions of the past. According to researchers, the construction of the theater took place in the 2nd century BC. For the erection of the arena local residents had to do a tremendous job. They have leveled a huge mountain, having moved more than 100000 cubic meters of limestone for this purpose. … Read further

Photogallery of sunny landscape of Taormina

Search for useful vacation services on the Taormina map

Top beaches and recreation areas in the region of Taormina

Calabria
Gioia Tauro beach is an excellent choice for family vacation. This 3 kilometers long beach with showers, amazing bars and restaurants can be a comfortable place to relax all day long. The beach is usually full of people, but thanks to its size it never feels crowded. Palmi mixed sand and pebble-stone beach is the one of the most popular ones in the area. It's highly ... Open »
Vulcano
Tourists searching for privacy should travel to the Gelso lighthouse. There is a calmer beach near it. Nature is very picturesque here. The beach is located on the opposite side of Porto Di Ponente, so there are not so many tourists. Enchanting Levante beaches are considered to be healing because of multiple underwater volcanic gas sources. In the vicinity of the sea ... Open »
Lipari Island
Another attractive resort area is Monte Rosa famous for its beautiful beaches with white sand. This is where pumice mining was held a few hundred years ago; its tiny particles can be seen at the coastal zone even these days. The real attraction is the volcanic beach of Punta Castagna situated at the rock of the same name. This sky-scraping rock of obsidian looks unique; this ... Open »
Sicily
Another attractive place for beach vacations is Catania with its amazing 18-kilometer beach La Playa. The wide coastline features both busy areas with developed infrastructure and secluded places, where you can sunbathe in an atmosphere of tranquility. The legendary Cyclops Coast begins immediately behind the massive beach; a lot of interesting myths and legends are associated ... Open »
Comino Island
St. Mary Bay is quieter and more private, as well as the St. Nicholas Bay Beach situated in the picturesque bay. It's worth noting that the only hotel on the island is situated there. A choice of suitable beaches for recreation on Gozo is larger. One of the most popular parts of the coast is Marsalforn Bay. That's a sand beach with good equipment, so you can sunbathe and have ... Open »

Travel guide to best natural recreation areas in Taormina for a quiet and secluded summer vacation. Fascinating hidden beaches, amazing bay and coves to sunbathe and swim in the gentle waters of the resorts of Taormina.