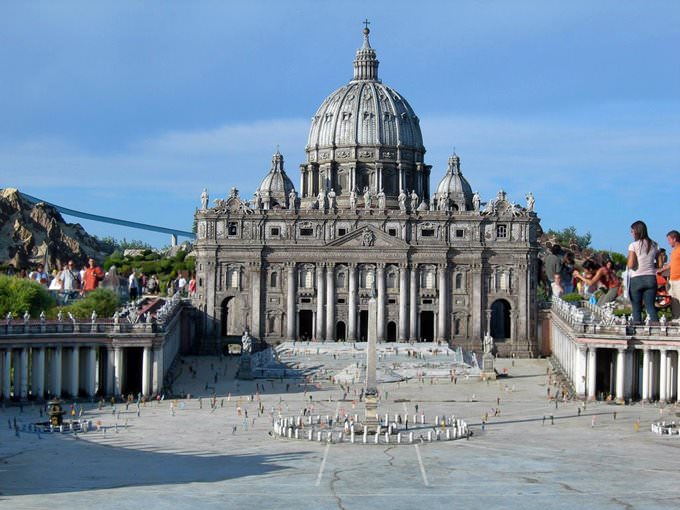 Rimini is a popular tourist destination not only among beach leisure and recreation admirers. The resort will be a great place to visit for engaging tour fans as well. The city boasts several dozens of remarkable historical monuments, museums and religious buildings and structures. The Church of St John the Evangelist is the brightest example of gothic architectural style. It was built early in the 13th century, the church is decorated with a number of unique elements.
Your active city break in Rimini. Attractions, recreation and entertainment - best places to spend your day and night here
Rimini is popular holiday destination for beach leisure enthusiasts and shopping addicts. The resort accumulates lots of night clubs and dance floors as well as entertainment centers being …

Open
Its visitors will observe age-old frescos, and get a chance to estimate a beauty of hand-made decorations and relics, some of them being more than 500 years old. “Small Italy” is a theme park being another remarkable object for exploration. The park is an amazing place for on foot tour which can turn into an unforgettable adventure for the whole family. The park constructed by the local architects offers about 3 hundreds of small copies of the most popular sites of the country.
The Tempio Malatesta chapel is another remarkable historical monument. Ancient architecture admirers will easily identify a fantastic fusion of the Renaissance and the Early gothic styles. The chapel was built in the 13th century and in two centuries it was decided to reconstruct this scale building. The reconstruction started in the 15th century, but it wasn’t finished. An unfinished touch has sufficiently added to the inimitable appearance of the present building. Copyright www.orangesmile.com
Advices to travellers: what you should know while being in Rimini
1. The city features a well developed railway system. Trains running to neighboring towns depart several times a day, so tourists have an opportunity to explore the nearest suburbs. 2. The …

Open
The building of the majestic aged chapel houses the Rimini City Museum (Museo della Città). Its exposition unveils the city history, its visitors will discover a vast collection of unique showpieces dealing with history and culture of the city. Tourists will enjoy antique frescos, ceramic crafts, works of art, one of the halls of the museum presents statuary artworks. 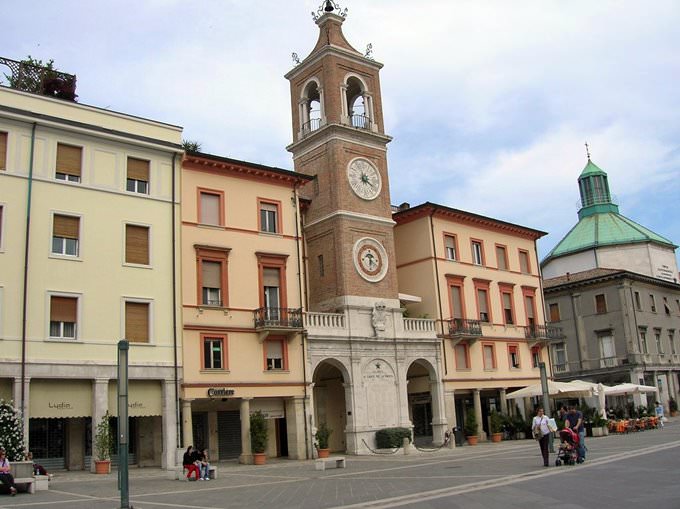 Travelers interested in art will be pleased to visit the Museo Collezione Arte Sacra. Apart from priceless art canvases of the 16th century the art gallery keeps a collection of antique vases and religious relics. The oldest building of the city is the Amphitheater, which was built more than 2 thousand years ago. This scaled building has witnessed hundreds of historical events, it has been preserved till nowadays in parts only. From the scientific point of view this arena could set more than 10 thousand people at once in ancient times being one of the biggest human erected constructions of the world.

In the section below, you can get one of our excursion, activities or city discovery tours over Rimini and surroundings. Our website offers 10-30% lower ticket prices, when compared to the offline purchase on the spot.

This guide to cultural sights Rimini is protected by the copyright law. You can re-publish this content with mandatory attribution: direct and active hyperlink to www.orangesmile.com.
Rimini - guide chapters 1 2 3 4 5 6

What to visit during two-day excursion in Rimini

Public palaces near Rimini
♥   Palace 'Palazzo Ducale' Urbino, 37.7 km from the center. On the map

Cathedrals and basilicas near Rimini
♥   Concattedrale di S. Leo, San Leo, 25.6 km from the center. On the map

Unique spots in Rimini and near Distance from Rimini center - 16.8 km.
In the tiny state of San Marino, you will find the World Heritage site - the ancient Guaita castle, whose construction dates back to the 11th century. In reality the old castle is only a part of the architectural complex, which consists of three towers. They were erected much later than Guaita, which had served as a prison since its foundation. The hill Monte-Titano, on which there are three castle towers, is the highest point of the state. Its height above sea level forms 750 meters. … Read further Distance from Rimini center - 39.4 km.
The Italian park Mirabilandia offers its guests the excellent conditions for unforgettable recreation. This is one of the largest parks in Europe and covers an area of ​​about 800 square kilometers. The park is located in Ravenna's surroundings. In addition to the numerous attractions, there is the excellent circus and the modern 3D cinema at the Parkterritorium. Particularly interesting are many visitors to the varied show program. … Read further

Photogallery of cultural heritage of Rimini

Excursions over cultural sights of neighbours of Rimini

Ravenna
The Mausoleo di Teodorico is among the sights of the global significance attracting annually thousands of tourists to the destination. The Palazzo di Teodorico is one of the most remarkable architectural sights of the city of Ravenna. No one still knows for sure a true purpose of this building. According to several versions the building of the palace was built on a place of a ... Open »
Imola
Numerous ambushes and military actions couldn’t destroy Rocca Sforzesca di Imola Castle, so it has survived until the modern time and has kept its original look. At the beginning of the 20th century, the castle was transformed into a prison. Nowadays, the castle hosts the exhibition of the museum of history. Guests of the city should definitely not forget to visit Chiesa di ... Open »
Marche Region
The Cathedral of Ancona is also quite remarkable. The remains of St. Kiriak are still preserved here and worship services are conduct in this building, constructed in the 10th century. A kilometer from the Cathedral, there is the Plebiscito Square, where San Domenico Church is located. The Merchants’ Lodge in Ancona, which construction began at the end of the 14th century, ... Open »
Arezzo
Vasari Square is a must-visit destination for all guests of Arezzo as there are many interesting buildings near it. There are buildings that date back to different epochs. Despite the fact that they are made in different styles, the architectural ensemble looks incredibly harmonious and stylish. The square itself was built at the beginning of the 14th century. Initially, it ... Open »
Ancona
The palace is recognized as a masterpiece of the civil architecture. Nowadays, the palace hosts the exhibition of the Archaeological Museum that includes many interesting and precious artifacts founded by scientists. While exploring picturesque Ferretti Street, you will see Benvenuto Stracca Square. There is also one more important historical landmark nearby - La Chiesa del ... Open »

Culture guide to Rimini. Which fascinating sights to visit once you are in Rimini: temples, churches, museums, theaters and castles. Recommendations (with addresses, phone numbers and links) on the places 'must visit' in Rimini. Plan your own city excursion by using this page info!