Detailed hi-res maps of Basel for download or print 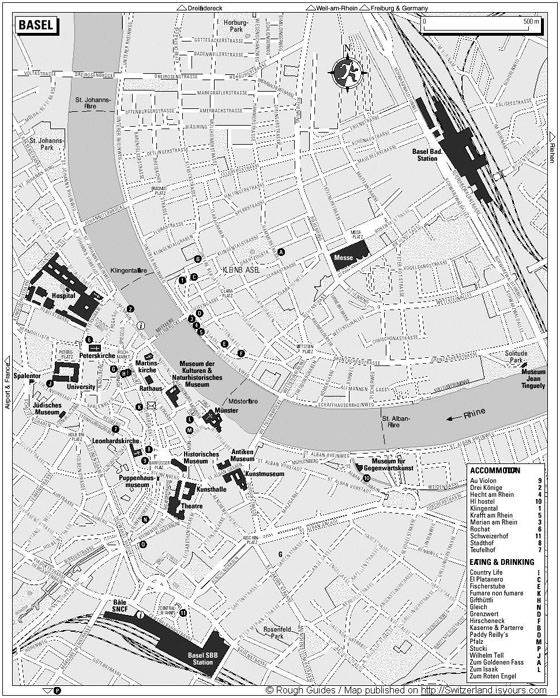 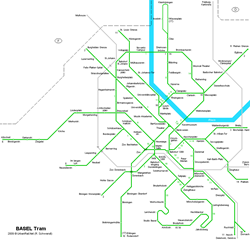 Search for services, infrastructure and sights on map of Basel

Our guide chapters over Basel

7. Basel is distinguished by a convenient public transport system. Tickets for buses and trams can be bought in special vending machines that can be found next to each traffic stop. You should keep in mind that these machines do not accept paper money and do not give change, so taking more coins in small denominations with you is a good idea. 8. Those tourists, who plan to rent a car, should not … Open

In Switzerland, everything is expensive, but in large cities like Basel and even more so. The main shopping streets here are Kellergässlein and Totengässlein, as well as the area in the area of the Manor shopping center. In the adjacent streets there are, of course, small boutiques and small benches, but if you do not know about them, you can hardly find them. Here there are basically typical mass-market brands. … Open

Weekend in Basel in original style

You can admire view of three states in more comfortable surroundings, from a hall of Dreiländereck restaurant situated nearby. Besides an amazing observation deck, you can find a lot of interesting on the outskirts of the city. There you can see unusual Basel. Taking a stroll through the picturesque neighborhoods and streets of the port area, be sure to look for Schiff restaurant. It can be safely called a local … Open

Festivals and events in Basel

If you are coming to Basel at the end of July, make sure to attend the ImFluss musical festival. This unique musical event lasts almost for three weeks in the open air on a small stage located directly on the Rhine. Each year, the festival attracts interesting musical groups and performers from different countries. October 26 - November 3 takes place the BaselWineFair, which is one of the largest wine fairs in … Open

Hotel White Horse will fit for romantic vacations. Functional rooms are nicely decorated in modern style; they are characterized by the homely comfort thanks to an abundance of lovely fabrics. The hotel has an attractive bar with a wooden reception and a pleasant lighting system; you can spend a great romantic evening there. Location close to a popular night club makes the hotel popular among young tourists. Best … Open

Hotels with history of Basel

A very nice historic building, whose facade is painted in sky-blue color, houses Euler Hotel Basel. Rooms at this hotel are arranged in keeping with traditions of the past years; premises are simply furnished with dark wood pieces and complemented by bright satin fabrics. Genuine antique furniture was used for public areas; a truly unique atmosphere reigns in the lobby. Large wrought iron chandeliers illuminate the … Open