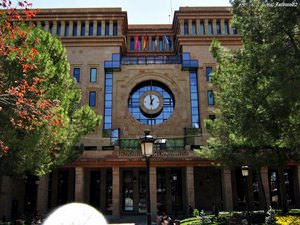 Perhaps the main city attraction is Albacete Knife Museum opened in 2004. The museum's halls display rich collections of knives and daggers, as well as other artifacts made of steel. In the past, Albacete was a major industrial center. Knives produced in local factories were in great demand, being considered among the best in the world. The museum is housed in a beautiful historic building dating back to 1912. Skillfully executed tiles of green color make its Neo-Gothic facade really special.
Guide to Albacete sightseeing - things to see and to visit
This city located on the South-East of the country welcomes thousands of tourists every year. The travelers come to see the magnificent nature of Albacete, visit historical places and see …

Open
Also, visitors should visit an ancient cathedral, which witnessed many important historical events and is striking with its unique architectural style. A huge number of historic landmarks are concentrated in the suburban areas of Albacete. Exploring all the old castles and fortresses would probably take more than one day full of excursions.
Alcalá del Júcar Castle built by the Arabs in the early 13th century is definitely worth visiting. The castle had been repeatedly rebuilt by Christians, changing its purpose several times. One of the main fortifications erected in the 12th century is the Castle of Almansa. At the beginning of the 14th century, the fortress was almost completely rebuilt by the order of the Marquis of Villena. The structure has been perfectly preserved to the present day. The most beautiful castle is Chinchilla de Montearagón Castle, which played an important role in the outcome of many battles during the years of the struggle for independence. The magnificent castle of dark stone is surrounded a spacious area and high walls. It's amazing how the castle built in the middle of the 13th century could be preserved so well after so many years. Another prominent monument of Arab times is Castillo de Peñas de San Pedro. Most of its constructions were destroyed during devastating battles. In 1836, the fortress was occupied by the troops of the Carlists. Local historical sights worth mentioning also include the castles of Yeste and Socovos. Copyright www.orangesmile.com
Cuisine of Albacete for gourmet with top restaurants and cafe
The menus of all national restaurants are based on meat dishes. In addition, visitors may be offered several types of vegetable salads and first courses. A popular local meat delicacy is …

Open
It is nice to walk along Pasaje de Lodares, which is fascinating to behold from the very first minutes. This place is full of shops and restaurants. They all have a special color, but nevertheless, fit into the overall composition. The passage is built in the contemporary style, making it similar to Italian galleries. One place which you cannot ignore is the Plaza de Toros de Albacete. The fact being that every major and self-respecting city of Spain, by definition, must have such places. Albacete being just that also has one. This bullfighting building has a distinctive feature, which is the presence of monuments to great toreadors erected next to it. 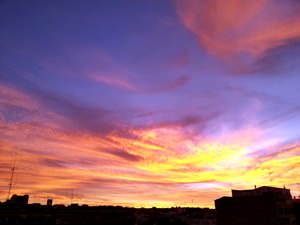 Among the sacral sights of the city, special mention should go to the Catedral de San Juan Bautista. The building has an attractive exterior, and on entering inside, you may be surprised that the content also corresponds to its beautiful exterior. It is a very attractive cathedral next to which you can feel an unsurpassed pacification. It is famous for its beautiful stained glass windows, as well as its beautiful altar. Catedral De San Juan De Albacete is another interesting religious monument, which is part-time the main church of the city. The uniqueness of the temple is the stunning paintings on its walls depicting scenes of the Holy Week.
Authentic traditions, festivals and lifestyle of Albacete inhabitants
The town of Albacete lies in the depths of the Iberian Peninsula, and you can reach it in a couple of hours via the train from Valencia. The station of Albacete is not the largest in Spain, …

Open
The Banco de Espana building is interesting from an architectural point of view. It was built at the beginning of the 20th century in the neoclassical style, and its facade is decorated with sculptures. A popular meeting place among young people is the square near Parroquia de Fátima. However, the church is remarkable not only for this but also for the fact that it is one of the most beautiful churches in the city, striking with its white and beautiful tower. On entering inside, you can find a beautiful patio with arcades. The Teatro Circo has a fascinating atmosphere. It is a place where you can watch an interesting performance, enjoy the cultural program, and also explore the interesting architecture of the building. 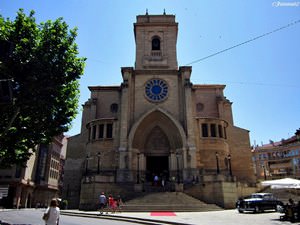 In Museo de Albacete, which is located on the territory of Parque Urbano Abelardo Sánchez (which by the way, is also the largest park of the city), you can behold such exhibits as various archaeological finds, items relating to the history of the city and all of Spain, as well as ancient gold coins and dolls from the time of the Roman Empire. Museo Municipal, where the Town Hall used to be located, today attracts tourists with its interesting exhibits. Among them are works of art (on first floor, where temporary exhibitions are mainly held), and items related to anthropology and archeology (on the second floor). You should know that entrance into the museum is free of charge.

This guide to cultural sights Albacete is protected by the copyright law. You can re-publish this content with mandatory attribution: direct and active hyperlink to www.orangesmile.com.
Albacete - guide chapters 1 2 3 4 5 6 7 8 9 10
Car rental on OrangeSmile.com

Photogallery of cultural heritage of Albacete

Excursions over cultural sights of neighbours of Albacete

Alcala del Jucar
Cuevas del Diablo has the right to be called one of the most unusual attractions of Alcalá del Júcar. This is also a typical underground house that got its name after its current owner. He restored the old buildings and opened an interesting museum in them, exhibiting his private collection of antiquities. The museum’s visitors can see old sewing machines and radios, ... Open »
Murcia
A scenic and small scale historical part of the Murcia city hosts numerous unique landmarks and sights. Original historical and architectural landmarks and monuments are scattered over the area at every turn. That is the reason of on foot cruising of the area. The best starting point of any city exploration tour is the Glorieta de Espana square. The square is an established ... Open »
Valencia
Valencia Cathedral is certainly one of the main symbols of the city. The first church on the site of the modern cathedral was built in ancient times. Later it was destroyed by the Moors, who built a beautiful mosque instead of the church. The foundation of that ancient mosque became the basis for the cathedral, which travelers can see these days. The walls of the cathedral keep ... Open »
Benidorm
Benidorm will attract not only fans of beach rest, but also fans of exciting excursions. Its territory is the location of a huge number of historical monuments. Here are opened numerous interesting museums and galleries. Beautiful Gran Hotel is one of the most striking sights of Benidorm. This is the highest hotel complex in Europe and a true example of modern architecture. The ... Open »
La Palma
If you want to explore the island, the best idea is to start with its capital, the small town of Santa Cruz. The most picturesque place in town is Dali Street where you can find the most famous architectural attraction - the Salazar Palace. Built in the 17th century, it has survived to this day virtually unchanged. An architectural landmark of an earlier period is the Church of ... Open »
Toledo
One of the main landmarks of Toledo is the fascinating Alcazar fortress, which has been built in the mid15th century and has witnessed a huge number of battles. During its long history, the fortress was restored and rebuilt several times; during the siege of 1936 it was destroyed completely. Contemporaries managed to restore the historic building. Today the fortress looks ... Open »

Culture guide to Albacete. Which fascinating sights to visit once you are in Albacete: temples, churches, museums, theaters and castles. Recommendations (with addresses, phone numbers and links) on the places 'must visit' in Albacete. Plan your own city excursion by using this page info!