Preparing your trip to Vigo: advices & hints - things to do and to obey 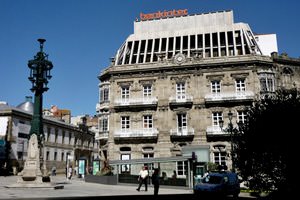 1. Travelers who plan to travel around the city a lot and visit numerous excursions are recommended to purchase a special tourist card. It entitles you to a reduced fare in public transport. You will be also provided with discount when visiting cultural events and some shops.
2. The majority of tourists arrive in Vigo in summer, during the high beach season. At this time of year rates for hotel accommodation may be increased slightly. Hotel rooms are better to be booked in advance because there is quite a noticeable shortage of hotel rooms in summer.
3. You can rent a car in one of numerous rental agencies of the city. In order to rent a car you will need to have a credit card with the required amount of collateral in the account, as well as a driver's license of the international standard. The service is available only to drivers whose driving experience is more than one year, and whose age is at least 21 years.
4. The most expensive gas stations of the city are located in its central area and along highways. Gas stations located near supermarkets usually offer the cheapest rates.
5. Motorcycle is a very common type of transportation in the city. Tourists can also rent one, but they will still need a driver's license. Copyright www.orangesmile.com
6. Smoking in public places is prohibited in the city, so you should pay particular attention to restrictive signs. As a rule, there are special areas for smokers close to all public institutions and shops.
7. Don’t forget to pay attention to your belongings in public places. There are quite many pickpockets in shopping malls and beaches. When you go for a walk, do not take valuable items and large sums of cash without any particular need.
Excursion over cultural sights of Vigo - 'must visit' points of interest
Start the observation of numerous sights of the city from visiting Bonin House. The beautiful mansion built in the beginning of the 20th-century is one of the most luxurious buildings of …

Open
8. The majority of shopping centers, government offices and museums are closed during holidays, so make sure you check the schedule of holidays and working hours in advance. Only large supermarkets and chain stores operate seven days a week.
9. Despite the fact that tips are not formally accepted in local restaurants and cafes, you should not forget to leave a reward of $ 5 - 10% of the total order to a waiter in order to thank him for good service. Taxi drivers should also get tips. As a rule, it is enough to round the final due sum a big way to any convenient amount.
10. While visiting restaurants you should not forget that order meals by using a map is usually cheaper than using a menu. Many restaurants and cafes offer their visitors complete lunches and dinners that are usually cheaper than selecting separate dishes. They usually consist of three meals and a drink. Ordering such lunches and dinners is usually quite profitable.

Preparing your trip to Vigo: advices & hints - things to do and to obey You can re-publish this content with mandatory attribution: direct and active hyperlink to www.orangesmile.com.
Vigo - guide chapters 1 2 3 4 5 6 7 8 9 10 11

6. Spain is a fairly religious country. Even during the tour, people dressed in low necked outfit or shorts may not be allowed to enter the church. Therefore, tourists should choose clothes that cover their shoulders and knees.
7. During a siesta, not only shops, but most restaurants and cafes are closed.
8. In Spain, especially in small towns, people speak English rather badly. It's worth to have a dictionary or phrase book.
9. Catalonia residents do not consider themselves to be Spanish. They speak Catalan and call themselves Catalans. Multinationality is an important feature of Spain, and therefore its culture and peoples must be treated with special attitude. … Open

Tips for the cities around Vigo

Galicia
3. Those preferring to explore new cities on foot have to consider that many settlements of Galicia are located in rather complicated geographical area. If you don’t want to go hiking through the rugged terrain, you can always take a bus. 4. It’s reasonable to travel between towns by comfortable Arriva buses. They connect all settlements of the region and can deliver ... Open »
Ourense
3. But when it comes to wintertime, the conditions are as comfortable as possible here. Even in January, the air temperature may reach +15⁰C. 4. The most favorable time to explore Ourense is the period from April to October. Often rains occurring between October to February can disrupt your vacation plans. 5. The nearest international airport to the city is located ... Open »
Santiago de Compostela
3. A central part of the city is cruised by numerous buses running in rather short intervals of 20 minutes. Bus tickets should be bought in advance in special stalls. A cost of a ticket will not exceed 2 Euro. 4. Tourists limited in time are advised to make a trip by a special excursion train starting from the Praza do Obradoiro station which is located next to the same name ... Open »
Braga
3. Despite the fact that the crime level in the city is one of the lowest in the country, tourists should be very careful in public places. Do not leave your belongings unattended at restaurants and cafes, and do not put valuable items to your pocket – you may become a victim of pickpockets who work in shopping malls and public transport. 4. Fans of luxury can choose to ... Open »
Guimaraes
3. In large shopping centers, hotels and restaurants, there is a possibility to pay with a credit card. American Express, MasterCard and Visa cards are universally accepted, so it's not necessary to carry large amounts of cash. 4. In most restaurants and cafes, service charges are included in the total bill. In this case, the resulting amount is usually rounded up to any ... Open »
Porto
3. All best restaurants dedicated to national cuisine can be found in Cais da Ribeira district. There are fairly inexpensive facilities that will be definitely liked by thrifty tourists. 4. The best place to buy gifts and souvenirs are the stores located on Santa Catarina Street. Here you will find widest choice of antique shops and souvenir outlets. 5. Travelers are ... Open »

Travelling to Vigo - advices and tips. What should be provisioned in advance, the rules you might want to follow, and the things you better avoid doing in Vigo. We help you to make your trip smooth and easy, with no unexpected surprises.