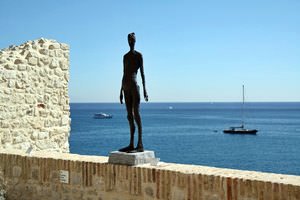 The local culture and traditions of Provence are reflected in its beautiful holidays. Local people have being celebrating important religious dates and participating in colorful carnivals and music festivals for hundreds of years. The cultural calendar is full of modern and unusual holidays; one of the brightest and most awaited festivals is Carnaval de Nice.
Guide to Provence - Cote d’Azur sightseeing - things to see and to visit
Provence is one of the most charming cantons of France; it is full of contrasts and splendor. Its scenery, architecture, even the way of life amazes with diversity and versatility. The …

Open
Carnival starts in the second half of February and usually lasts for two weeks. It is attended by hundreds of well-known actors from different countries. The rich program of carnival includes music and theatrical performances. The Battle of Flowers is considered to be the culmination of the event. The incredibly beautiful platform decorated with flowers passes through the English Promenade. There are beautiful girls on it in outfits made​of flowers. Carnaval in Nice is an incredibly popular event; annually it is visited by more than a million foreign visitors.
Marseille hosts a very beautiful religious festival, Procession à la Madone. The religious celebration is held on 15th August. The holiday program begins in the square at the Cathedral. The gilded statue of the Virgin Mary is taken out of the Cathedral; the solemn procession passes through ancient streets accompanied by thousands of people. During the procession, anyone can put his rosary on statue’s hands or tie a handkerchief to her mantle. It is believed that anyone can reckon on the protection of the Virgin during the year after this symbolic ritual; the next holiday be sure to repeat it. Copyright www.orangesmile.com
Cuisine of Provence - Cote d’Azur for gourmet with top restaurants and cafe
Provence has become synonymous with haute cuisine; culinary traditions of the region are well known to connoisseurs all over the world. The province is famous for its fertile land with a …

Open
Avignon became the permanent venue for one of the world's biggest theater festivals. The first festival was held in 1947. Usually it is held in July. At the time of the festival the whole city turns into one huge theater stage; interesting performances are held right on busy streets and squares. It would be interesting even to those who are not so fond of theater; it will win its guests with unique atmosphere of solemnity and romance. Music fans will like MANCA Festival dedicated to contemporary music; it is held in Nice. Usually the holiday takes place in the second half of November.

Cathedrals and basilicas near Provence - Cote d’Azur
♥   Cathédrale Notre-Dame du Havre, Le Havre, 11.4 km from the center. On the map

♥   Ancienne cathédrale Saint-Pierre, Lisieux, 42.3 km from the center. On the map

♥   Basilique Sainte-Thérèse, Lisieux, 43 km from the center. On the map

♥   Basilique Notre-Dame de la Délivrance, Douvres-la-Délivrande, 51.8 km from the center. On the map

♥   Castle 'Château de Tancarville' Seine-Maritime, 16 km from the center. On the map

It is of fundamental importance for the French to be realized in society. To feel comfortable, they need to constantly share with others their worldview, thoughts and emotions. They do not like to stay at home so, they often go to visit each other. An invitation to lunch means that the guests will wait till 20.00 for dinner with several dishes and wine. The French love everything new and are not afraid to experiment; they are happy to visit unusual exhibitions, go to new restaurants. Another important feature of the national mentality is the love of the land. Many city dwellers abandon their lives in crowded cities and go to small settlements where they can spend the day outside in the open air. … Open

Traditions and festivals in cities around Provence - Cote d’Azur

Le Havre
The city is famous for its well-developed industry. It receives income not only from tourism, which is quite interesting, given the extraordinary beauty of the resort city. That's why it can be considered a truly unique city - just like local people. Despite having something to be proud of, they never brag or boast about anything. This shows their simplicity, as well as the ... Open »
Normandy
The process of Gran Sakr is held in Villedieu-Les-poêles every four years. It is made in honour of the founding of the order of Malta. You can come here in April and see the European Le Mans Series championship or visit Jazz Festival. If you’ve decided to come to Normandy in May, be sure to visit Honfleur and take part in celebration the Blessing of the Sea on Sunday which ... Open »
Versailles
When people hear of Versailles, they immediately think of the palace that has become internationally acclaimed as the residence of Louis XIV and as a UNESCO-protected architectural masterpiece. However, Versailles is much more than that. It is a town that was established in the end of the 17th century and is located approximately 10 miles from Paris. Initially, it was a ... Open »
Le Mans
Not everyone knows that the winners' modern tradition of spraying champagne over the crowd was born at the race in Le Mans. In the 60s of the last century, Dan Gurney won the race. During the award ceremony, organizers handed him a traditional bottle of champagne. The driver was so happy about his victory that uncorked a bottle right on a victory stand and began spraying ... Open »
Laval
It is noteworthy that many traditions and rules of etiquette have an increased significance for local residents in such small cities as Laval. They are slowly forgotten in metropolises, whereas in rural settlements and towns with a small number of residents they still remain very relevant. To show your respect for local traditions, it is enough to follow a few simple rules. ... Open »
Southampton
Amazing combination of high life, natural splendor and rich cultural traditions makes Southampton simply irresistible in eyes of travelers. The best way to get acquainted with culture and traditions of local people is to visit the city during one of the many festivals. The Festival of Greek culture is considered the most interesting one; it takes place in mid-July and lasts ... Open »