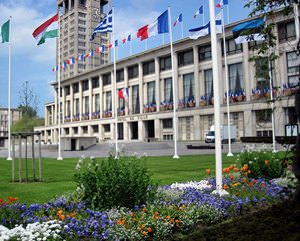 Le Havre is famous for its numerous tourist attractions. In this city you will find a huge number of museums and galleries. There are many religious sites and ancient buildings here. Sainte Honorine Church is among the oldest buildings of the city. There is also a monastery near the church, and tourists are certainly recommended to visit it. These buildings were built back in the 11th century. Both buildings were restored in the beginning of the 20th century. After a large-scale reconstruction work a part of the buildings was converted into a museum. Nowadays the museum exhibits collections of sculptures of a religious nature, various paintings and designs of ancient residences.
Authentic traditions, festivals and lifestyle of Le Havre inhabitants
Le Havre is primarily known as a large port - one of the largest in all of Europe. However, it is also one of the most beautiful cities not only in France but in the world. Local residents …

Open
Fans of theater will be interested in visiting Volcano Cultural Centre. In addition to a theater the complex includes a modern cinema with 1200 seats. The building of the center is very interesting from an architectural point of view. It is built in the shape of a volcano and is painted in white.
Without a doubt, Notre-Dame Cathedral is the permanent symbol of Le Havre. This magnificent cathedral was built in the first half of the 16th century. During its long history the building was reconstructed many times and so it has completely changed its look. The only element that has remained from the original cathedral is a bell tower built in 1520. The facade of the building, which visitors can see today, is made in accordance with best traditions of Baroque style. Starting from 1974 Notre Dame Cathedral has become the residence of bishop. Copyright www.orangesmile.com
Your active city break in Le Havre. Attractions, recreation and entertainment - best places to spend your day and night here
Le Havre is a perfect place for fans of resorts and beach rest. All the local beaches are well equipped and are perfect for sports entertainment. Warm and calm sea makes this place …

Open
The local town hall is an excellent example of modern architecture. It is located next to the main square of Le Havre. The height of the building is 60 meters. Its roof is equipped with a large observation deck. A part of the premises of the town hall has been converted into a historical museum, which tells visitors about the most important events in the history of the city. Ship owner’s House is one more interesting museum. This is a beautiful mansion, which was built in the 18th century. 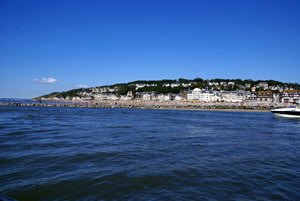 The rooms of the house feature beautiful antique furniture, decor items made of precious metals and an interesting collection of exhibits. There is also an excellent library in the mansion, which was bequeathed by the merchant to his children. Among the exhibits present here you will see models of ancient buildings and ships, various historical documents and personal belongings of the owner. St. Joseph Church belongs architectural monuments of later period. It was built just after the Second World War in the memory of dead civilians. The height of the tower of the church is 107 meters. Ships that come to the port city are guided by the tower as a beacon.

In the section below, you can get one of our excursion, activities or city discovery tours over Le Havre and surroundings. Our website offers 10-30% lower ticket prices, when compared to the offline purchase on the spot.

This guide to cultural sights Le Havre is protected by the copyright law. You can re-publish this content with mandatory attribution: direct and active hyperlink to www.orangesmile.com.
Le Havre - guide chapters 1 2 3 4 5 6 7 8 9 10
Reference information
Map of all palaces

Art galleries in Le Havre and around
♥   Art museum 'Musée des Beaux-Arts André Malraux' Le Havre, 2.8 km from the center. On the map

Cathedrals and basilicas near Le Havre
♥   Carmel de Lisieux, Lisieux, 40.4 km from the center. On the map

♥   Basilique Sainte-Thérèse, Lisieux, 40.8 km from the center. On the map

♥   Basilique Notre-Dame de la Délivrance, Douvres-la-Délivrande, 42.9 km from the center. On the map

Unique spots in Le Havre and near 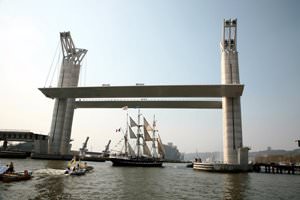 Distance from Le Havre center - 67.6 km.
In Rouen, on the Seine river is the highest drawbridge in the world - Gustave-Flaubert bridge. Their general height is 91 meters, the bridge construction is quite unusual. This is a vertical drawbridge, which is why it got the unofficial name 'the elevator bridge'. The length of the pulling part of the bridge is 116 meters, and its general extent is much greater and reaches 670 meters. … Read further

Excursions over cultural sights of neighbours of Le Havre

Provence - Cote d'Azur
The main symbol of Avignon is Palais des Papes; it is very beautiful and massive structure. Its high tower can be seen from virtually any area of ​​the city. The beautiful palace was built in the 14th century. It’s the world's largest architectural monument built in the gothic style. Spacious rooms of the palace strike with exquisite decoration; they are used for various ... Open »
Rouen
City guests should visit another remarkable symbolic landmark of the city being Le Gros-Horloge, an astronomical clock. The clock is located on the top of a magnificent medieval tower executed in Gothic style. The clock is a unique construction. The clock movement is considered to be one of the oldest movements in Europe. The movement of the clock has scrupulously been running ... Open »
Normandy
However, Bayeux is famous not only for the events of the Second World War. The magnificent monument of medieval history, a tapestry of Bayeux, created at the end of 11 is held here. It was officially recognized by UNESCO as part of the world heritage. Bayeux Cathedral, also known as the Cathedral of Our Lady of Bayeux which is built on the site of the crypt of the 3rd ... Open »
Amiens
You will find many interesting landmarks in the historic neighborhood of Henriville. The majority of buildings here date back to the 19th century. Over a century ago, the most respectable representatives of the local bourgeoisie were building their homes in this part of the city. You can see houses of the most incredible architectural styles here. Every owner tried to make ... Open »
Versailles
Apollo Fountain is one of the main decorations of the park. It includes an unusual sculpture composition – Apollo’s chariot that appears out of water. The building of the park complex started yet in 1624. Nowadays, tourists will need more than one day full of excursions to see all treasures of Versailles. Northwest of the main estate in the palace complex, visitors ... Open »
Le Mans
Musee Tesse, which is located next to Jacobins square, is also an interesting venue. It will certainly appeal to those who have a passion for painting. The museum features works by French and Italian artists. There are often exhibitions of contemporary artists. An important cultural object is L'Abbaye de l'Epau. Recently, an architectural monument of the early 13th century has ... Open »

Culture guide to Le Havre. Which fascinating sights to visit once you are in Le Havre: temples, churches, museums, theaters and castles. Recommendations (with addresses, phone numbers and links) on the places 'must visit' in Le Havre. Plan your own city excursion by using this page info!