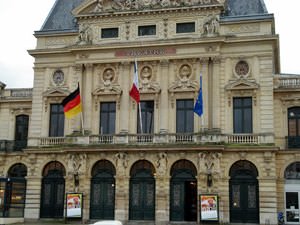 Calvados, Manche and Orne departments have a huge number of fascinating attractions that can hardly be visited all in one visit to Normandy. Perhaps the most impressive historical monuments can be found in Calvados. The famous allied landing in Normandy was on its territory. Caen Memorial Museum is dedicated to this event. Moreover, the museum has one of the biggest expositions dedicated to the Second World War. Falaise Memorial is dedicated to life and survival of civilians during the War. The Museum of the Atlantic Wall in Ouistreham is a remarkable place you should definitely visit. There are also museums dedicated to the history of the struggle against fascism in Vierville-sur-Mer, Merville-Franceville-Plage, Arromanches-les-Bains, Bayeux, Courseulles-sur-Mer and Ranville.
Cuisine of Normandy for gourmet with top restaurants and cafe
It should be noted that you can’t become acquainted with the culture of Normandy without trying its cuisine. The thing is that the meal for Normands is a special important ritual with …

Open
However, Bayeux is famous not only for the events of the Second World War. The magnificent monument of medieval history, a tapestry of Bayeux, created at the end of 11 is held here. It was officially recognized by UNESCO as part of the world heritage. Bayeux Cathedral, also known as the Cathedral of Our Lady of Bayeux which is built on the site of the crypt of the 3rd century. The first Romanesque part of the 11th century was rebuilt several times, and only in the 15th century, the temple got its final appearance. Do not pass by Caen Castle, built by William the Conqueror in 1060. The construction was sieged and bombarded for several times but it is still a well preserved ancient monument. The old port in Honfleur also deserves your attention.
Manche Department also has several museums dedicated to the Second World War. Among them are the Airborne Museum in Saint-Mer-Eglise and Utah Beach Landing Museum in Saint-Marie-du-Mont. Don’t miss a chance to go to the Mont Saint Michel Abbey. It is a fortress located on the island of the same name. The monastery was supposedly founded in 807 as a temple. Then, the cult building grew in size, and it acquired a fortress wall in the 12th century. Currently, the monastery functions and about fifty brothers live here but every tourist can come to this place and admire its beauty. The Mont Saint Michel Abbey is included in the UNESCO world heritage list. Copyright www.orangesmile.com
Authentic traditions, festivals and lifestyle of Normandy inhabitants
Normans are very patriotic people like all the French. Their love for the homeland is expressed in a sense of superiority over all who were born in other places. That is why locals …

Open
Besides the abbey, you can come to Manche Department and visit Tourp manor in Omonville-la-Rogue, Cornille Havard bell foundry from the 19th century in Villedieu-les-Poêles, the Vauban towers in Saint-Vaast-la-Hougue and Christian Dior Museum in Granville. There is an old Gatteville Lighthouse in Bafleur which will definitely amaze those who are interested in navigation. Cherbourg is beautiful itself. Moreover, there is the City of the Sea maritime museum. Barfleur is an old city with curious attractions. Granville is perfect for those who love to walk along narrow streets and explore ancient houses which stand here for several centuries. You can see beautiful buildings with white facades in the coastal area here. 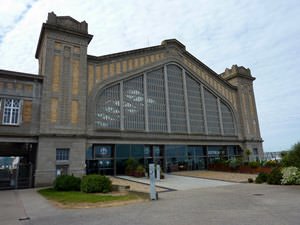 If you have enough time, be sure to walk along the streets of the local villages. There are many houses built in medieval style in Beuvron-en-Auge. There is an ancient mansion which was built more than five centuries ago and an old railway station built in 1879. Saint-Céneri-le-Gérei is a village where you can find a church of the 9th century. Le Beck-Ellouin is famous for the abbey of the same name built in the 11th century. La Trappe Abbey perfectly demonstrates the architectural style of the Middle Ages. Abbey of Saint Wandrille was built in the 7th century and have been ransacked for several times.

In the section below, you can get one of our excursion, activities or city discovery tours over Normandy and surroundings. Our website offers 10-30% lower ticket prices, when compared to the offline purchase on the spot.

City tours, excursions and tickets in Normandy and surroundings

This guide to cultural sights Normandy is protected by the copyright law. You can re-publish this content with mandatory attribution: direct and active hyperlink to www.orangesmile.com.
Normandy - guide chapters 1 2 3 4 5 6 7 8 9
Reference information
Map of all art museums

Art galleries in Normandy and around
♥   Art museum 'Musée des Beaux-Arts' Caen, 22.8 km from the center. On the map

Cathedrals and basilicas near Normandy
♥   Basilique Notre-Dame de l’Immaculée-Conception, Sées, 67.2 km from the center. On the map

♥   Basilique-Cathédrale Notre-Dame, Sées, 67.5 km from the center. On the map

♥   Basilique Notre-Dame de l’Espérance, Pontmain, 74.7 km from the center. On the map

♥   Basilique Notre-Dame d’Alençon, Alençon, 78.2 km from the center. On the map

France is the most popular and visited country, and Paris the most toured city in the world. This is not surprising because the country has an incredibly rich cultural history. Millions of people go to France to get acquainted with its architecture, castles, amazing museums and enjoy the spirit of its historic streets. In France, there are also museums with unique collections of old art pieces, exhibitions of ultra-modern popular authors and monuments of architecture of different times. One of the most ancient cultural constructions of the country is the Mezon Carre ("square house"), located in Provence. It was founded in the 1st century BC and is a temple of ancient Roman temple. Even the orthodox Catholics did not destroy the majestic structure. They converted it into a temple. … Open

Photogallery of cultural heritage of Normandy

Excursions over cultural sights of neighbours of Normandy

Le Havre
Le Havre is famous for its numerous tourist attractions. In this city you will find a huge number of museums and galleries. There are many religious sites and ancient buildings here. Sainte Honorine Church is among the oldest buildings of the city. There is also a monastery near the church, and tourists are certainly recommended to visit it. These buildings were built back in ... Open »
Provence - Cote d'Azur
The picturesque region attracts travelers not only with luxury resorts of the Cote d'Azur, but also with interesting attractions that have become the epitome of living history. There is a unique ancient monument, Amphithéâtre Romain, in Arles; it has perfectly preserved to this day. Despite the fact that the construction is quite small, it can accommodate up to 25,000 ... Open »
Laval
The main historical symbol of the city is the Chateau de Laval, the first written mention of it dates back to the early 11th century. It was built in a very beautiful place, on the riverbank. Such a favorable location gives the historical monument a spectacular appearance. Once it was the center of the city, the ruins of old buildings and part of the fortress walls have been ... Open »
Le Mans
After exploring beautiful religious monument you have to go to Musee de la Reine Berengere. The building housing the museum is also of great architectural value and dates back to the 15th century. The museum was opened in 1924, and since then, its collection has being expanding rapidly and constantly replenishing with new artifacts. Today, in the hall there are collections of ... Open »
Rouen
Rouen is one of the most beautiful cities in northern France. In the heart of its historic center tourists will find the Notre Dame Cathedral which is considered to be the main symbol of the city. Its construction lasted for more than three hundred years. A grand building presents a unique fusion of various architectural trends and styles. The walls of the Cathedral are covered ... Open »
Rennes
Tourists will also discover beautiful houses of 16 century preserved. A scenic park named Tabor spreads near the square. Another significant religious sight to visit and explore in Rennes is the Notre-Dame Cathedral being located in the area. The same remarkable religious spot and architectural landmark in Rennes is the Saint Peter Cathedral. It was built at the beginning of ... Open »

Culture guide to Normandy. Which fascinating sights to visit once you are in Normandy: temples, churches, museums, theaters and castles. Recommendations (with addresses, phone numbers and links) on the places 'must visit' in Normandy. Plan your own city excursion by using this page info!