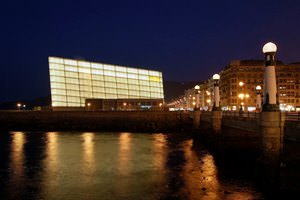 The Basque country has its name for a reason. This territory, which has been populated with a unique ethnic community since ancient times, still has its traditions and customs. By the way, the Basques do not only live in the North of Spain but also in the South of France – in Lapurdi, Bas-Novara, and Zuberoa. Although the Basque country, as an ethnic enclave, is a part of two other countries, it still remains certain autonomy of language, cultural background, and mentality. If your hobby or job has something to do with linguistics, try to make a contact with the locals. Many consider the Basque language to have word-forms, that remain unchanged since Paleolithic.
Shopping in Basque Country - main shopping streets, outlets and boutiques
What to buy in the Basque Country? If you prefer world-famous brands, there is a good news for you – from the beginning of June till the end of September, and from the 7th of January till …

Open
A lot of tourists are concerned about the Basques’ ethnic integrity and gaps in relationships with the Spanish, relating to this. In reality, there is no aggressive confrontation here. A part of the local population even considers themselves Spanish. Everybody knows ETA, the Basque extremist group, which fought for ethnic independence, and is now dissolved. The attitude to it is mixed. If you don’t want to find yourself in an awkward situation and cause an aggression, you’d better not raise questions, relating to independence or an attitude towards the Spanish. Otherwise, you may find yourself in the middle of a conflict, in case the position of a person you talk to differs from yours.
The Basques are very religious and are fervent Catholics. But it wasn’t always like this. Until the 18th – the beginning of the 19th century this nation was pagan, and there are still echoes of traditional beliefs in their present life. It’s enough proof, that in November the Basques has a Day of the Dead Festival. During the Festival time, any self-respecting Basque light a special candle, called argizaiolak, to honor the ancestors and ask for their patronage. A peculiar tradition is the beating of a Christmas log. Each family member should hit a log, covered in a blanket, three times with a branch, asking for a dearest wish to come true. After the “beating”, the log is placed on the table as a part of the decoration. On the day of the summer solstice, the Basques light the lights in their homes and jump over the fires, as they did hundreds of years ago. Copyright www.orangesmile.com
Guide to Basque Country sightseeing - things to see and to visit
Pais Vasco is one of the most unusual and attractive tourist regions in Spain. Everything here is unique, including nature and climate, a variety of historical heritage and cultural …

Open
However, the Basques know, how to have fun. On the 20th of January, you may go deaf from the drumming as they celebrate Tamborrada. This day is devoted not only to all kinds of percussion instruments but also to the patron of the city – St. Sebastian. A traditional festive dish is a smoked eel, served with wine. On St. Thomas’ Day, the Basques drink cider, eat sausages, covered in a tortilla, and bargain, while selling or buying a lot of stuff. During the time of the feast, starting from the dawn, the streets of the city are filled with the peddlers, who offer, whatever your heart desires. Does it need to be mentioned, that it’s a perfect day to buy souvenirs and local goods at a low price? 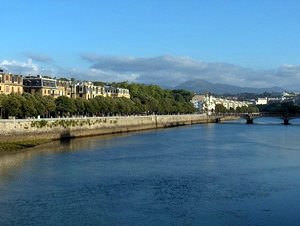 The Big Week Festival in the middle of August is the time of festivity, when you can feel the positive and carefree atmosphere. The same, as during Piratas de Donostia and Carnaval festivals. On the third week of July, San-Sebastian welcomes Jazzaldia, the biggest European jazz festival, that hosts the world famous stars. There is also an International Film Festival. In Enrique and in Balmaseda, in June, you may find yourself in the medieval times – the local people dress in the style of the past centuries and serve the food, inspired by ancient recipes. Don’t forget, that the Basques just love cooking. There are so-called “culinary clubs”, where male friends gather together to cook and discuss the latest news in politics and culture. The biggest culinary festivals are San-Sebastian Gastronomika and Idiazabal Cheese Contest. It seems, that the atmosphere of carefree fun never leaves this welcoming country, where people love entertainments, dances, and good food.

This guide to traditions and festivals in Basque Country is protected by the copyright law. You can re-publish this content with mandatory attribution: direct and active hyperlink to www.orangesmile.com.
Basque Country - guide chapters 1 2 3 4 5 6 7 8 9

Cathedrals and basilicas near Basque Country
♥   Iglesia San Prudencio de Armentia, Vitoria-Gasteiz, 19.1 km from the center. On the map

♥   Catedral de Santiago Apóstol, Bilbao, 42.5 km from the center. On the map

Survived castles around Basque Country
♥   Castle 'Walls of Vitoria-Gasteiz' Araba, 16.2 km from the center. On the map

♥   Castle 'Tower of Doña Otxanda in Vitoria-Gasteiz' Araba, 16.4 km from the center. On the map

Unique landmarks in Basque Country and around 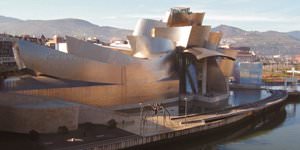 Distance from Basque Country center - 44 km.
In the Spanish city of Bilbao is one of the most remarkable buildings in the world, the site of the world famous Guggenheim Museum. The huge building of the abstract form was built on the banks of the Nervión River and preserves the valuable collection of the works of Solomon Guggenheim. Some of the museum rooms are used for the exhibitions on which the modern painters present their paintings. … Read further 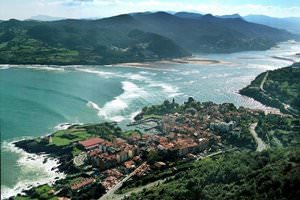 Distance from Basque Country center - 49 km.
Mundaka Beach is the perfect place to surf in Spain. It is located in the northern part of the country. This beach is the only one in Europe where there is a so-called "left wave". The picturesque stretch of coast is easily accessible. It is suitable for surfers of various levels of training. There are areas with small waves here. It will be comfortable for beginners to train on them. Professionals will not be bored either. Some areas of the beach are great for extreme wave riding. … Read further

Colors of Basque Country in photos

Traditions and festivals in cities around Basque Country

Bilbao
In accordance with an old tradition, one of the prominent inhabitants of the city should make a speech on the first day of the holiday. 10 years after the official proclamation of the holiday the so-called "town crier" received a special uniform. The suit hasn’t changed at all over the years and nowadays it consists of a bright yellow jacket, a tailcoat, a black cocked hat, ... Open »
San Sebastian
The Jazzaldia event being the San Sebastian’s Jazz Festival attracts music fans from all over the world to the resort. The festival was started in 1965. The event takes place in July and lasts for about 3 weeks. This scale music event engages numerous outstanding musicians and singers. The city of San Sebastian offers its foreign guests to take part in numerous country and ... Open »
Pamplona
The festival starts exactly at high noon on July, 6. On this day all the city residents gather on the square at the city hall building. A fired from the balcony signal rocket marks the opening of the festival. Each day in the morning hours the bulls are run through the central streets of the city. And in the evening guests of the festival may witness the brightest bullfighting ... Open »
Biarritz
The evidence of the fact that Biarritz is called the European capital of surfing not for nothing is that in mid-July it hosts Europe's largest festival dedicated to this sport. It's about Roxy Pro Biarritz. The audience is offered an exciting program, which includes not only female surfers shows, but also lots of music. In addition, there are surf art exhibitions, master ... Open »
Santander
The festival will be of great interest for classic music admirers and for genuine connoisseurs of ballet. Within the festival tourists will witness various choral singing and solo performances as well as famous singers’ shows. The festival is always visited by globally known singers and musicians as well as by famous theatrical actors. The Palacio de Festivales is considered ... Open »
Zaragoza
In 1894 the festival got a new tradition. Since that time the celebration has added a new event being a stunning dance competition which engages all talented dancers and amateurs. In the middle of the 20th century the bright ethnic holiday got several updates and was added with new events being the Offering of Flowers and the Offering of Fruits. These solemn ceremonies are ... Open »

Cityguide on traditions, mentality and lifestyle of people in Basque Country. Learn the best periods to visit Basque Country to discover its soul - authentic festivals, events and celebrations. We will also reveal the interesting habits, attitude towards the world and to tourists in Basque Country.