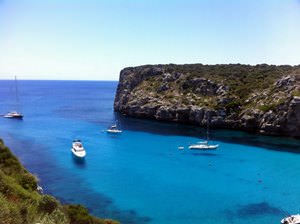 The research of the history of the Menorca island gives a theory that more than three and a half thousand years ago an ancient civilization was settling Menorca. The folks possessed valuable knowledge and left numerous mystique monuments. Modern scientists name them “ships of dead” as the function and identity of scale stone constructions is still the greatest mystery of the island.
Top hotels in Menorca for business trip or short vacation
Island of Menorca offers its guests hundreds of attractive hotels; all of them have unique features. La Quinta Resort & Spa luxurious hotel complex is situated at Son Xoriguer resort. …

Open
By their appearance and look these ancient monuments resemble huge cut pyramids. These relics of Menorca are far older than the well known Pyramids of Egypt. Scale constructions are far not the only prehistoric monuments and landmarks of the island as its territory numbers more than one and a half thousand of the so called navetas (burial chambers). These stone constructions resemble bottom up turned boats being the way the first dwellings of the islanders looked like.
The island has preserved mysterious taulas as well. These are high T-shaped towers which probably served for religious rituals. Travelers looking to learn more about archeological discoveries of the scientists should set off to the Torre-d’en-Galmes area which has preserved numerous interesting objects and relics aged thousands years. The area features ancient ruins and mysterious religious structures. Copyright www.orangesmile.com
Extraordinary weekend in Menorca - unusual places, services and attractions for travel gourmet
…

Open
The location of a monument of a later period is the Santa Agueda Playa. The area keeps an ancient castle of Santa Agueda. This majestic fortress has perfectly survived through the long course of history and appears to visitors in all its glory. The fine chapel of St. Anna is located not far from the fortress. The Roman road start is set close to the chapel. The age of the road is over two thousand years and walking along this way will turn to a great experience for travelers. It should be noted as well that the playa has several well equipped observation platforms performing vibrant views over the area. 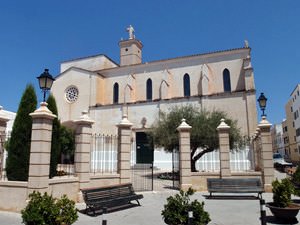 Not far from the Cales Coves settlement one will find a unique cave system the walls of which are amply covered with ancient paintings. After having embraced the majesty of the caves travelers can visit the Naveta des Tudons being a burial chamber located not far from the caves. The chamber was discovered by scientists comparatively late, only in 1975. At present the burial chamber is reequipped into an archeological museum which collection includes household articles and finery of the prehistoric period.
Shopping in Menorca - main shopping streets, outlets and boutiques
Each town in Menorca has attractive shops and markets. In the city of Mahon, it is worth visiting the Mercat de Pescados market. At the market, you can not only buy popular national products …

Open
Another name of Menorca is the “Island of stone hedges” as stone walls can be found almost everywhere on the island. Many years ago peasants during preparation of the land for cultivation cleaned the areas from innumerable stones. In order not to take the stones from the island these were put in hedges the total length of which exceeds the length of the Great Wall of China. 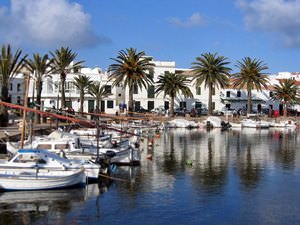 The small island of Isla del Rey associated with the name of Admiral Nelson, in whose honor a monument was erected here, is another important historical sight. Its important attraction is the hospital. It is preferable to explore the island as part of a tour and listen to stories related to it. Thanks to the Museo de Menorca in Mahon, tourists will have a more clear understanding of the archipelago's history. Connoisseurs of fortifications will be interested in Fortaleza de Isabel II, which has repeatedly defended the island from attacks. It was built in 1875 on the site of San Felipe Castle that was once located here. Near the fortress is the easternmost point of Spain.
Guide to Menorca sightseeing - things to see and to visit
This picturesque island traditionally amazes visitors by wonderful beaches with azure water, mountain landscapes and emerald valleys. Menorca is often called the museum under the open sky …

Open
Nearby is another interesting place to visit - namely, Lazareto de Mahon erected in 1793 and opened in 1817. Materials collected from the ruined San Felipe Castle were used for its construction. Don Manuel Pueyo was an architect of the project. Today, the building houses the Ministry of Health. Iglesia Del Carmen is worth a visit too. Having quite an unremarkable exterior, a magnificent altar and naves, as well as the shrine's acoustics amaze every visitor. 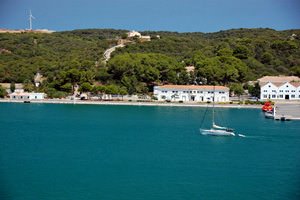 Another fortification that deserves attention and is located nearby is called Fort Marlborough. It was built by the British in 1726 and named after John Churchill, Duke of Marlborough. Being destroyed by the Spaniards in 1782, it was restored in the last period of British rule on the island (in 1802). For a more detailed introduction to the history of Menorca, one should head to the nearby Museo Militar de Menorca. Since the history of the island is closely related to the war, it passed from one hand to another, and this cultural institution fully reflects its history. Among its exhibits are weapons from different eras.
Family holidays with kids in Menorca. How to entertain your child, things to show to children.
Menorka is a real paradise for lovers of active entertainment and beach holidays. Travelers with children are sure to like it here. The island has a few astounding water parks, one of the …

Open
Having arrived in Ciudadela, many tourists first and foremost visit Faro de Punta Nati - the lighthouse offers magnificent views of the Mediterranean Sea, cliffs, and hills. Built in 1911, the lighthouse is still functioning. A rocky road that leads to Faro de Punta Nati gives some charm to the route - it seems as if everything happens not on Earth. Ciutadella de Menorca Cathedral is considered the city's main church, notable for being built on the site of an older mosque in 1362. The cathedral has been repeatedly attacked since then - for example, in 1558, by the Ottoman Empire. In 1813, its Catalan Gothic style was changed to neoclassical, when it was decided to restore the shrine. During the Civil War of 1936, the cathedral was desecrated and plundered and restored to its present form only in 1941. 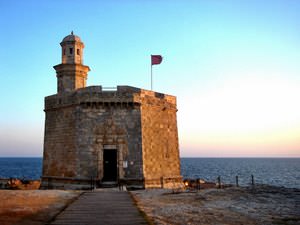 An important historical monument of Menorca is Castell de Sant Nicolau, which was built at the end of the 17th century to resist the British occupation. The need for the building's restoration (mainly the exterior) appeared in 1960, and the second restoration was carried out in 1990. It is worth noting that the interior of the castle is no less attractive than its exterior. From an architectural point of view, tourists are interested in the Palacio Salort building, which now serves as the Town Hall. And since the palace stands right on the beautiful waterfront, it offers stunning views. Placa de Ses Palmeres is ideal for walking in Ciudadela. Here you will find many beautiful shops surrounded by palm trees.

In the section below, you can get one of our excursion, activities or city discovery tours over Menorca and surroundings. Our website offers 10-30% lower ticket prices, when compared to the offline purchase on the spot.

This guide to cultural sights Menorca is protected by the copyright law. You can re-publish this content with mandatory attribution: direct and active hyperlink to www.orangesmile.com.
Menorca - guide chapters 1 2 3 4 5 6 7 8 9 10 11

What to visit during two-day excursion in Menorca

Photogallery of cultural heritage of Menorca

Excursions over cultural sights of neighbours of Menorca

Mallorca
During the tour visitors will be offered to walk through large halls of the castle and then appreciate a breath taking panoramic view as the viewing platform of the castle offers unforgettable scenes. A genuine masterpiece of architectural art is the Royal Palace of La Almudaina. Few centuries ago it served as the main residence of Moorish vizirs. Nowadays the buidling serves ... Open »
Palma de Mallorca
The palace features not only bright and impressive frontage but an ingenious interior design. Its walls keep a rich collection of the art objects, antique furniture and military attributes. The Bellver Castle (Castillo de Bellver) is located on one of the high hills of the island. The castle was erected in the first part of the 14th century. The name of the castle can be ... Open »
Tossa de Mar
Vila Vella is not the only architectural landmark of the town. Travelers should pay their attention to Casa de Governador. It is a classic landmark of the late gothic style. The first extensive restoration of the house started yet in the 18th century. Within last 200 years, the building has significantly changed its look but hasn’t lost a tiny bit of its historical charm. ... Open »
Lloret de Mar
El monasterio de Santa Cristina is the sight of the earlier period. It was established more than seven centuries ago. Today anyone can visit the abbey and walk through its vast territory enjoying the renovated constructions of the abbey. Some of them have totally preserved the atmosphere and scenery of the foregone centuries. A strange object makes the coast line peculiar. A ... Open »
Barcelona
Barcelona is a true paradise for lovers of excursions and exciting trips. The territory of the city features almost an infinite number of historical and architectural attractions, cultural institutions and parks for hiking. The opening of one of the most exciting entertainment venues took place in 1996. This is a large Aquarium, which is located in the port area of the city. It ... Open »
Costa Brava
The first of them is settled in an old lighthouse. After excursion around the Sea Museum exhibits visitors can climb to the observation deck and appreciate the beauty of the coast. Several old churches were preserved in the city. They are also worth to visit. Lots of interesting historical landmarks are situated in the town of Blanes and its surroundings. Tourists have to ... Open »

Culture guide to Menorca. Which fascinating sights to visit once you are in Menorca: temples, churches, museums, theaters and castles. Recommendations (with addresses, phone numbers and links) on the places 'must visit' in Menorca. Plan your own city excursion by using this page info!