Detailed hi-res maps of Calais for download or print 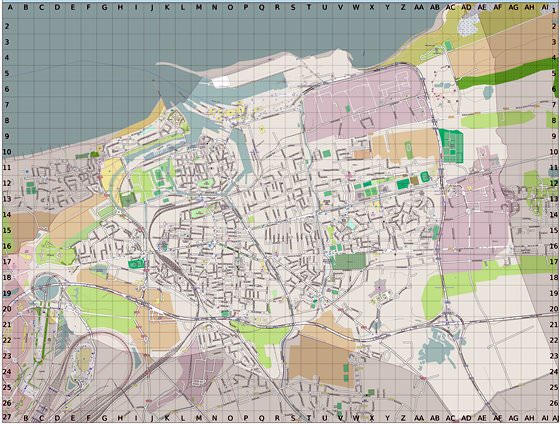 The actual dimensions of the Calais map are 4263 X 3230 pixels, file size (in bytes) - 2854349. You can open this downloadable and printable map of Calais by clicking on the map itself or via this link: Open the map.

Search for services, infrastructure and sights on map of Calais

Our guide chapters over Calais

The region has always been famous for its independent spirit and pride of local people: free-spirited and self-sufficient, the aristocracy of Calais once even wanted to separate from France and live independently. Long before this, the city was a mere small village. Everything changed when Count of Boulogne decided to build a massive coastal fortress here. The main purpose of the fortress was to protect the land … Open

One of the most magnificent architectural buildings of Calais is the Cathedral of Our Lady which was built in the 13th century. Until the 15th century, the cathedral was continuously reconstructed and supplemented with new elements. So now, it represents an amazing combination of different architectural styles. For hundreds of years, the cathedral managed to preserve a lot of old elements of finishing and … Open

Another great place to relax in the fresh air will be Parc St Pierre. It is located in the heart of the city and in summer has a beautiful landscaping. In the warmer months, one can walk or ride a bicycle along the park. Children will certainly enjoy a large number of equipped paths and spacious green lawns where they can play. The park has many well-equipped areas with benches, beautiful fountains and interesting … Open

Boulevard Jacquard is one more interesting destination for fans of shopping. There are several shopping pavilions that offer locally produced lace. Royal Dentelle is one of the biggest shops that specialize in selling lace. Premium tablecloths, napkins, and home décor items attract numerous locals and tourists. There are also several lingerie shops on Boulevard Jacquard. They also sell items with exclusive lace, … Open

4. When using public transport, don’t throw your ticket until you reach your stop. There is ticket control on all public transport routes, and passengers without tickets are subject to fines. 5. It is better to refrain from taking a taxi on peak hours. The car will have a meter turned on even if it doesn’t move. There can also be traffic jams on rush hours, so it is better to walk or ride a bicycle … Open