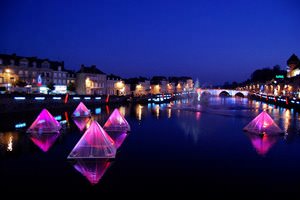 The main historical symbol of the city is the Chateau de Laval, the first written mention of it dates back to the early 11th century. It was built in a very beautiful place, on the riverbank. Such a favorable location gives the historical monument a spectacular appearance. Once it was the center of the city, the ruins of old buildings and part of the fortress walls have been preserved around the castle. Several old city gates survived here as well, the whole territory of the castle is presently available for tours.
Cuisine of Laval for gourmet with top restaurants and cafe
Laval's traditional cuisine is very diverse, including a wide variety of different dishes. It's definitely worth noting all kinds of meat dishes. In local restaurants, they serve wonderful …

Open
Over hundreds of years, the castle has been repeatedly rebuilt and reconstructed, now there is a historical museum within its walls. It keeps collections of archaeological artifacts that were found during the city's exploration. You can also see collections of old weapons, maps, documents, and works of art. Tours of the castle are quite long, a significant part of the exhibits collected here is devoted to the history of the city's formation.
The most beautiful religious monument of Laval is La Trinité Cathedral, which is a striking example of Romanesque style. The historic cathedral has preserved unique decor elements, which were created by local craftsmen in the Middle Ages. The exact date of the shrine's construction is unknown but as researchers managed to establish, its chapel was built back in the 8th century. Its walls are masterfully painted, there are also stone carving elements here. The cathedral stores valuable religious artifacts, here you can see ancient icons and other precious relics. Copyright www.orangesmile.com
Authentic traditions, festivals and lifestyle of Laval inhabitants
Local people's character and behavior may seem quite unusual to many foreign tourists. They are very committed to their culture and native language, which is the reason why they are …

Open
Besides the majestic cathedral, the city has many other remarkable religious sites. These include the graceful 13th-century Saint-Julien Chapel with its unparalleled interior. Nearby is the Basilica of Notre-Dame d'Avesnières, which is also considered a vivid example of Romanesque architecture. 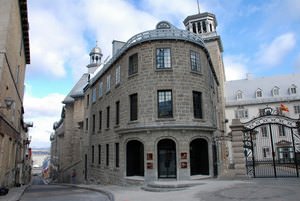 An interesting feature of Laval's architectural look is beautiful bridges, some of which were built over a thousand years ago. The spectacular Pont Vieux bridge, which is now among the valuable historical objects, is laid across the Mayenne River. Alongside the river banks, there is a park area that is often chosen by tourists for walks. They all can take spectacular pictures of the bridge from many natural viewing points, as well as from buildings standing here on the banks.
Your active city break in Laval. Attractions, recreation and entertainment - best places to spend your day and night here
Laval offers its guests a lot of interesting opportunities for organizing outdoor activities. The city has several wonderful parks, the largest and most beautiful one is called Jardin de la …

Open
The old Eglise des Cordeliers draws the attention of all connoisseurs of ancient architecture. It looks quite modest outwardly, while a chic decoration in the style of past years is hidden inside. It was possible to preserve its artistically decorated vaulted ceiling and iconostasis, which was set up here immediately after the completion of construction. The church is quite small, so not all tourists are aware of its existence. 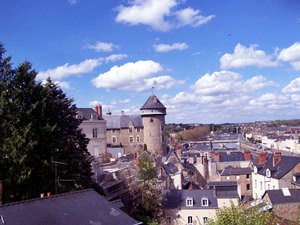 The Chapelle de Pritz is notable for the fact that it has never undergone any major reconstruction. Even now it resembles a typical medieval church with roughly finished stone walls. The main treasure of the cathedral is the religious relics it keeps inside. Here one can see beautiful old icons, as well as wonderful sculptures created by eminent craftsmen.
Advices to travellers: what you should know while being in Laval
1. Locals are extremely reluctant to speak foreign languages. Going on a trip, be sure to learn a few simple phrases in French and take along a French phrase book. 2. If during a walk you …

Open
An important historical attraction of the city is the old cemetery Cimetière Vaufleury. Many prominent political and public figures were buried on its territory. Here are the tombs of former rulers of the city, famous artists, and military leaders. The historic cemetery is also of great architectural value, now it is a popular sightseeing object. 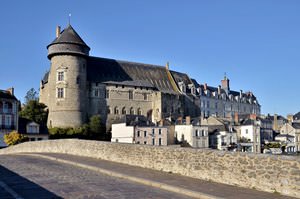 In the vicinity of Laval, there are several important archaeological areas available for excursions. The most interesting one is the Thermes Gallo-Romains located just five kilometers from the city. In this area, researchers have discovered the ruins of Gallo-Roman buildings, once a large thermal complex. Over the years, researchers have managed to fully restore the ancient structures so now contemporaries can get an idea of how the complex looked more than 1,500 years ago. The historical complex has a small museum containing the most interesting archaeological finds.
Shopping in Laval - main shopping streets, outlets and boutiques
Carrefour Laval is considered one of the most luxurious shopping centers in Laval striking with its exquisite design. It houses dozens of famous boutiques, original art installations adorn …

Open
Laval is quite a small town so one can easily explore all its iconic sights in a few days. If the historical sites presented within the city seem not enough, be sure to pay attention to the historical areas outside its boundaries.

In the section below, you can get one of our excursion, activities or city discovery tours over Laval and surroundings. Our website offers 10-30% lower ticket prices, when compared to the offline purchase on the spot.

City tours, excursions and tickets in Laval and surroundings

This guide to cultural sights Laval is protected by the copyright law. You can re-publish this content with mandatory attribution: direct and active hyperlink to www.orangesmile.com.
Laval - guide chapters 1 2 3 4 5 6 7 8
Reference information
Map of all palaces

Cathedrals and basilicas near Laval
♥   Basilique Notre-Dame des Miracles, Mayenne, 28.6 km from the center. On the map

♥   Basilique Notre-Dame de l’Assomption, La Guerche-de-Bretagne, 37.2 km from the center. On the map

♥   Abbaye Saint-Pierre, Solesmes, 42 km from the center. On the map

♥   Basilique Notre-Dame de l’Espérance, Pontmain, 46.8 km from the center. On the map

♥   Basilique Sainte-Madeleine, Angers, 69.7 km from the center. On the map

Photogallery of cultural heritage of Laval

Excursions over cultural sights of neighbours of Laval

Angers
Cathedrale Saint-Maurice d’Angers is one of the most outstanding religious attractions of Angers. The first church was built on this site more than a thousand years ago. That church was wooden and burned down during one of the city fires. It was decided to build a new cathedral instead of the burnt church at the beginning of the 11th century. The construction works ended in ... Open »
Rennes
Tourists will also discover beautiful houses of 16 century preserved. A scenic park named Tabor spreads near the square. Another significant religious sight to visit and explore in Rennes is the Notre-Dame Cathedral being located in the area. The same remarkable religious spot and architectural landmark in Rennes is the Saint Peter Cathedral. It was built at the beginning of ... Open »
Le Mans
After exploring beautiful religious monument you have to go to Musee de la Reine Berengere. The building housing the museum is also of great architectural value and dates back to the 15th century. The museum was opened in 1924, and since then, its collection has being expanding rapidly and constantly replenishing with new artifacts. Today, in the hall there are collections of ... Open »
Normandy
Calvados, Manche and Orne departments have a huge number of fascinating attractions that can hardly be visited all in one visit to Normandy. Perhaps the most impressive historical monuments can be found in Calvados. The famous allied landing in Normandy was on its territory. Caen Memorial Museum is dedicated to this event. Moreover, the museum has one of the biggest ... Open »
Nantes
A significant landmark of the destination which will be of great interest for all tourists is the Castle of the dukes of Brittany. It was the main residence of dukes of Brittany since its establishment (the 13th century) till the 16th century. Then the castle stood abandoned for a certain period of time and at present this massive fortifying building is a place of the Nantes ... Open »
Tours
Tours is of great interest to fans of sightseeing, as many ancient and medieval sights have survived in the city. The main symbol of Tours is the beautiful Cathedrale Saint-Gatien, the construction of which lasted for nearly three hundred years. This spectacular medieval building represents a unique combination of different architectural styles; the height of cathedral towers ... Open »

Culture guide to Laval. Which fascinating sights to visit once you are in Laval: temples, churches, museums, theaters and castles. Recommendations (with addresses, phone numbers and links) on the places 'must visit' in Laval. Plan your own city excursion by using this page info!