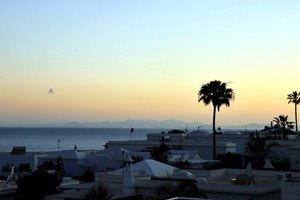 Puerto del Carmen is a young resort. The small fishing village of La Tignosa was located in the place of luxury hotels, cafes, and restaurants just half a century ago. It is difficult to say whether the indigenous Canarian tribes lived here before the Spaniards. Despite the fact that the Canary archipelago was subdued without incredibly destructive wars, unlike many other territories, there are few reminders of the indigenous islanders here. It is known that the island was called Tyterogakat in the past, which meant "Red Mountain". Lancelotte Malocello, the Portuguese Navigator sailed here in the 14th century. He supervised the construction of Fort near Teguise. You can see it if you take the bus from Puerto del Carmen. The local Moho tribes, who had inhabited the island since the Neolithic period, were not favorable to the Portuguese. He was exiled from the island. Europeans came here in the 15th century for the second time under the leadership of Jean de Yattekuru. The indigenous inhabitants of the island thought that they could also resist the Spanish conquerors. They started active military operations. The island was eventually conquered. Most of the Moho died or swore allegiance to the Spaniards and went to Spain as slaves. Pirates regularly arrived in Lanzarote because of its close location to Africa. All the remains of the Moho buildings were finally destroyed in the war with them.
Cuisine of Puerto del Carmen for gourmet with top restaurants and cafe
The cuisine of Puerto del Carmen is a synthesis of the Spanish culinary traditions that the colonists brought here, and the dishes of the guachas – the indigenous inhabitants of the …

Open
The island was depopulated in the 18th century. This was due to a severe drought and a series of eruptions. People decided it was better to try their luck somewhere else. However, the Spaniards returned a few years later. They founded several villages, including La Tinyos. There were no large buildings in a small fishing village in the colonial style. Only the old center and the beautiful port remain of it today. Everyone will be able to see how the unloading of fish takes place in the port. There are always a lot of tourists and local residents here. It seems that life in the port of Puerto del Carmen is not much different from what it was here a century ago.
The historic quarter of the town begins very close to the harbor. Spanish fishermen built their homes in the traditional style here in the past. The old quarter hasn't changed much today. Even the headman's house is still there. However, fishermen have not lived here for several decades. Enterprising businessmen bought the buildings, restored them, and tried to restore the interior. They use fishing houses for shops and restaurants today. All this looks very authentic. Copyright www.orangesmile.com
Authentic traditions, festivals and lifestyle of Puerto del Carmen inhabitants
If you are going to Lanzarote, do not forget that simplicity and lack of formalism are the hallmarks of communication here, as well as on the territory of continental Spain. If you have …

Open
If you want to see the architectural sights, you will have to go outside of Puerto del Carmen. Many interesting places are located about a 10-15-minute drive from the town. For example, fans of painting, architecture, and art should visit the house-museum of Cesar Manrique. It is located in caves near the town. Many architectural styles are intertwined in the design of the building. They are in perfect harmony with the surrounding nature. You can also find a Cactus garden, an art gallery, and a small science museum here. 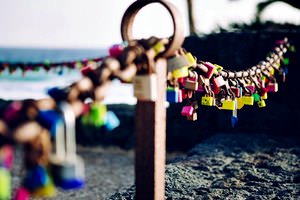 If you have the time and opportunity, you can go to the Casa Museo Monumento del Campesino. This is not just a monument in a modern style and a restaurant but also several dozen ethnographic workshops. If you arrive here in the morning, you will learn how to weave baskets of leaves, weave, bake corn tortillas, make Mojo sauces, and even make clay pots. This is the perfect place to feel like a simple Canarian peasant. If you are interested in local wine-making, visit Bodega La Geria. You can see how grapes are grown on volcanic soils there.
Your active city break in Puerto del Carmen. Attractions, recreation and entertainment - best places to spend your day and night here
Puerto del Carmen is the only resort offering its guests nightclubs and bars on the Spanish island of Lanzarote. In the daytime, the main entertainment of most travelers is still beach rest, …

Open
San Jose Castle will appeal to fans of ancient architecture and fans of modern art. The fortress was built in 1779 to protect the island from constant attacks by pirates. The Fort was used for its intended purpose for several decades. However, the need for it disappeared later. This is not only the cultural heritage of Spanish architecture of the 18th century but also the place where the International Museum of Modern Art is located today. A variety of sculptures, geometric abstractions, and kinesthetic art items are included in its exhibition.

In the section below, you can get one of our excursion, activities or city discovery tours over Puerto del Carmen and surroundings. Our website offers 10-30% lower ticket prices, when compared to the offline purchase on the spot.

This guide to cultural sights Puerto del Carmen is protected by the copyright law. You can re-publish this content with mandatory attribution: direct and active hyperlink to www.orangesmile.com.
Puerto del Carmen - guide chapters 1 2 3 4 5 6 7 8 9

Unique spots in Puerto del Carmen and near 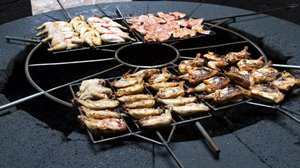 Distance from Puerto del Carmen center - 16.6 km.
All guests can watch the cooking process, as well as a lot of incredible original photos. The author of the project of this unusual restaurant is the well-known designer Cesar Manrique. In order to make the restaurant comfortable for the visitors, it was decided to protect it against the volcanic heat with the help of basalt foundations. The unique restaurant does not need any additional electrical or thermal supply. Volcanic heat is all that its cooks need for cooking the specialties. … Read further

Excursions over cultural sights of neighbours of Puerto del Carmen

Lanzarote
A historical monument of the later period is the fortress of San Jose constructed during the reign of Carlos III. It has remained unchanged for over than two hundred years. This fortress also hosts a popular museum with collections of sculptures and paintings, and other art works by contemporary artists. The house-museum of Cesar Manrique is a unique monument of architecture, ... Open »
Fuerteventura
The picturesque town of Antigua is a craft center; old mills are situated there. One of them is converted into a museum that presents the flour mill equipment and other tools of local artisans. Nearby is the Salt Museum with a very interesting and unique exhibition. There are also outstanding religious sites in Antigua; the most important among them is the Church of Nuestra ... Open »
Las Palmas
A unique attraction is the Canarian village. It is a large open-air museum, which introduces peculiarities of everyday life and culture of the local people to foreigners. Visitors are greeted by owners of the museum dressed in national costumes, making a tour even more interesting. Fans of modern art have to visit CAAM gallery, which regularly hosts exhibitions of contemporary ... Open »
Gran Canaria
Museo Canario is a no less popular cultural institution that is definitely recommended for visiting. The museum occupies a beautiful modern building. The exposition of Museo Canario is devoted to the history of the Canary Islands. Among the items exhibited here you will see priceless archeological finds of Cro-Magnon period, ancient pottery and vintage jewelry. A lot of ... Open »
Maspalomas
Travelers, who want to get acquainted with the culture and traditions of the indigenous people, should not forget to explore the picturesque district of San Bartolome de Tirajana. This place has the same atmosphere as many years ago. During a walk on miniature streets of this area, tourists will see many beautiful buildings in the national style, charming squares, and fragrant ... Open »
Puerto de la Cruz
So, Casa de Miranda is another curious historical monument. Today in this dimensioned and beautiful palace there is famous national restaurant and also perfect souvenir shop. Also Casa Abaco and Casa Iriarte palaces attract travelers’ attention; there are beautiful old houses almost in every resort’s street. One of the most popular establishments of the city is concert hall ... Open »