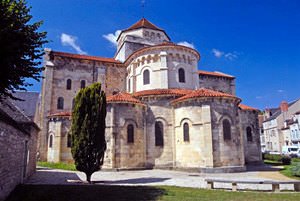 The main historical symbol of Nevers is the wonderful Cathédrale Saint-Cyr-et-Sainte-Julitte, a striking architectural monument in the Gothic style. The very first cathedral was built in this place in the 10th century. For the following six centuries, it was continuously expanded and rebuilt. Not so long ago, researchers established that the cathedral was built on the site of the ancient Gallo-Roman sanctuary. It is located in a very interesting archaeological area.
Your active city break in Nevers. Attractions, recreation and entertainment - best places to spend your day and night here
The main entertainment for visitors to Nevers is walks. Beautiful parks and natural areas are found not only in the city but also in its immediate vicinity. A must-have for nature …

Open
During the Second World War, the cathedral was almost completely destroyed. The British military believed that there was an underground railway under it, so they made every effort to destroy this area. The cathedral building was hit by three bombs. In the postwar years, its reconstruction took almost 30 years. The ancient cathedral was restored in full accordance with the historical original, and now its main value is 130 elaborate stained glass windows. More than seven million euros were spent on the restoration of the windows alone.
It would be nice to walk numerous historic streets near the promenade. Magnificent buildings of the 14th-17th centuries have been preserved here, and some architectural monuments deserve special attention. Not far from the waterfront is Eglise Sainte-Bernadette du Banlay, a chapel featuring a graceful and harmonious architecture. It is one of the most beautiful Baroque monuments in town. Copyright www.orangesmile.com
Advices to travellers: what you should know while being in Nevers
1. The easiest way to get to Nevers is through Paris. High-speed trains depart from the capital's Gare de Lyon railway station every day. A trip to Nevers takes about two hours. 2. The …

Open
You will also find the ancient Église Saint - Etienne, one of the city's oldest religious monuments. Built in the 11th century, it has miraculously avoided major damage over the centuries. The picturesque shrine is now considered the most beautiful in Burgundy. Unique decoration elements, works of art, and invaluable relics have been preserved inside. The church is located in a picturesque square surrounded by numerous restaurants and cafes. 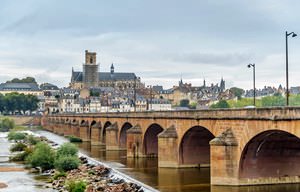 Another interesting site to explore is the ancient Ducal Palace built in the 15th century for Count of Nevers. It is an amazing architectural monument combining elements of the Gothic and Romanesque styles. This palace has undergone many reconstructions. In the course of one of them, spectacular renaissance windows appeared on its facade and the interior was decorated with huge fireplaces.
Guide to Nevers sightseeing - things to see and to visit
This wonderful city is situated on the bank of the Laura River in the central part of France. This is a large industrial and agricultural region, and a world famous center of porcelain and …

Open
Over its long history, the palace has repeatedly changed its status. After the end of the French Revolution, a city court was located here for some time. At the beginning of the 20th century, the palace served as a City Hall, after which it was converted into a cultural center. The magnificent castle currently houses a historical museum, as well as the largest tourist office in the city. Part of its premises is reserved for temporary exhibitions and art events. 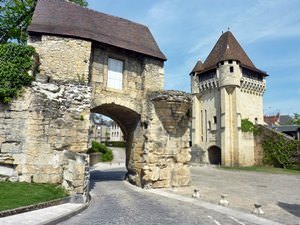 One of the most visited museums in Nevers is the Musee de la Faience. As the name suggests, it is dedicated to the history of faience production, which has remained relevant for the city for hundreds of years. It has gathered the best faience works made by local craftsmen hundreds of years ago. A significant part of the exhibition is dedicated to modern production. Over the past years, the museum’s collection has expanded significantly. Now, among other things, it stores collections of paintings and other works of art. The museum has a popular souvenir shop where visitors can find some exclusive souvenirs.
Family holidays with kids in Nevers. How to entertain your child, things to show to children.
The amazingly beautiful city of Nevers attracts hundreds of tourists with its unsurpassed beauty. It's certainly worth exploring all the attractions that shape the beautiful image of the …

Open
Fans of unusual tours would be happy to discover the old Colombage mansion on one of the historic streets of Nevers. It is one of the few half-timbered houses preserved in the city. The mansion is of great value from an architectural point of view. The fact that almost its entire facade is now covered with ivy makes the building even more spectacular. Therefore, summer is the best time to admire it. 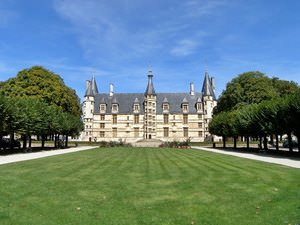 A part of ancient fortifications mostly erected in the 12th-13th has been preserved in the city, which would be of interest to all fans of walks in historical places. Today, the gates Porte du Croux are considered the most interesting defensive element. The fortifications remained relevant until the 16th century. In the following years, locals began to dismantle them gradually. The townspeople used the obtained materials to build their houses. Fortress walls in the western part of Nevers have survived best. Now the historic structures are under the jurisdiction of the city authorities. The fortress gates and walls are surrounded by beautiful parks and footpaths.

This guide to cultural sights Nevers is protected by the copyright law. You can re-publish this content with mandatory attribution: direct and active hyperlink to www.orangesmile.com.
Nevers - guide chapters 1 2 3 4 5 6 7
Reference information
Map of all palaces

Public palaces near Nevers
♥   Palace 'Palais ducal de Nevers' , 0.8 km from the center. On the map

Cathedrals and basilicas near Nevers
♥   Basilique Sainte-Marie-Madeleine, Vézelay, 69.4 km from the center. On the map

Photogallery of cultural heritage of Nevers

Excursions over cultural sights of neighbours of Nevers

Burgundy
There are many projects of global significance among cultural and historical attractions of Bourgogne. The Basilica of St Magdalene is situated in Vezelay; it is the unique religious monument that impresses with its grandeur and beauty. The Cistercian Abbey is located in Fontenay; it’s another monument of world importance, which is associated with many interesting stories. ... Open »
Dijon
Dijon is often called a city of art. This is a cultural and historical center of Burgundy, which will surprise its visitors with a rich choice of remarkable places. The city is home to a huge number of museums and galleries. Tourists will find here numerous old houses and monuments that remind of important historical events. The majority of important excursion sites are ... Open »
Lyon
A unique collection is represented by the Museum of Gallo-roman civilization. Among the exhibits there are household items, antique weapons, and even the ancient chariot. All this things have something common, as the age of exhibits is over a thousand years. Among other cultural institutions the Decorative arts museum points out; each exhibit here is a work of art. Extremely ... Open »
Tours
Another important attraction of Tours is located on the Place Plumereau; we are talking about the old Basilica of Sant-Martn. Named after the patron saint the basilica attracts pilgrims and curious tourists from all over the world. The undisputed symbol of the city is the beautiful Plessy-les-Tours Castle housing the Museum of Wax. For 20 years it was the principal residence ... Open »
Limoges
Tourists wishing to get acquainted with the culture and crafts of local people are recommended to visit the Museum of Adrien Dubouche. It hosts a great collection of porcelain, ceramic and glass; this famous museum has over 11,000 exhibits. Among other tour facilities, it’s worth to mention the Meat House, an interesting landmark of 13th century. The old central market has ... Open »
Disneyland Paris
Disneyland is, actually, one big landmark for children. However, the majority of cultural landmarks are located in the neighborhoods of the theme park. While children have fun in Disneyland (together with adults, of course), adults can explore this area a little further and get acquainted with local history and culture. Disneyland Paris is open in the town of Marne-la-Vallée ... Open »

Culture guide to Nevers. Which fascinating sights to visit once you are in Nevers: temples, churches, museums, theaters and castles. Recommendations (with addresses, phone numbers and links) on the places 'must visit' in Nevers. Plan your own city excursion by using this page info!