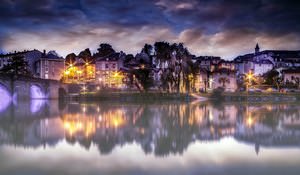 Despite the fact that over centuries the city several times had to go through a devastating war, there are numerous notable historical sites. Fascinating Abbey of St. Peter and St. Paul is in a short drive from the city. It was founded in the early 7th century. Later, the abbey was rebuilt several times; part of buildings hasn’t survived to the present day. Next to the Abbey there is a beautiful 12th century church, made in the Romanesque style, and several buildings of a later period.
Authentic traditions, festivals and lifestyle of Limoges inhabitants
Limoges is often called the cradle of fire arts; such an unusual name is due to the fact that in the Middle Ages the most original and unique types of crafts have flourished in the city. One …

Open
An important attraction is the Episcopal gardens park. This picturesque park was founded in the early 18th century, and was open to the public only in 1888. It is also worth to look into the nearby Bishop Museum, which holds a unique collection of art objects. The museum is located in a beautiful old building, the former Bishop's Palace.
Chateau de Rochechouart is also appreciated by curious travelers. According to historical records, the first fortification in its place was built in the early 11th century. After 200 years, the castle has expanded significantly; large-scale ancillary buildings were built. Castle, which visitors can see today, was built in the 15th century. Only several fragments have managed to remain from original fortifications. Copyright www.orangesmile.com
Your active city break in Limoges. Attractions, recreation and entertainment - best places to spend your day and night here
In the immediate vicinity of Limoges is the famous Park Zoo Reynou, which would be of interest to all nature enthusiasts and tourists with children. The area of the zoo is 40 hectares, a …

Open
Several important religious sites have preserved in Limoges. The most famous among them is St. Stephen's Cathedral. The cathedral was founded in 1273; construction of that grand place of worship was completed in the late 19th century. Connoisseurs will recognize Romanesque architecture in the appearance of cathedral. It’s a unique architectural monument located in the heart of the historic district. 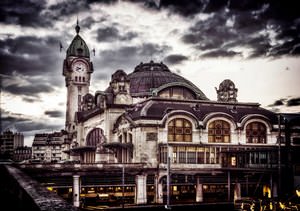 Tourists wishing to get acquainted with the culture and crafts of local people are recommended to visit the Museum of Adrien Dubouche. It hosts a great collection of porcelain, ceramic and glass; this famous museum has over 11,000 exhibits. Among other tour facilities, it’s worth to mention the Meat House, an interesting landmark of 13th century. The old central market has preserved in Limoges; it has being operating since the 19th century. Visitors of the city prefer to choose gifts there.
Advices to travellers: what you should know while being in Limoges
1. It’s most profitable to pay for goods and services with national currency in Limoges. It is recommended to make an exchange before the journey, because local banks and exchange …

Open
Magnificent works of fine and sculptural art, chic interior, stunningly beautiful artifacts found in the region - all this and more can be seen in the Musee Beaux Arts. Of particular interest is a collection of Medieval enamels, as well as an exposition dedicated to Renoir and Matisse. Archeology buffs will surely appreciate the ancient Egyptian collection of finds from the Gallo-Roman settlement of Augustorium. Those wishing to learn the history of the state better should consider the Musée de la Résistance demonstrating the history of France during World War II through interesting exhibits. 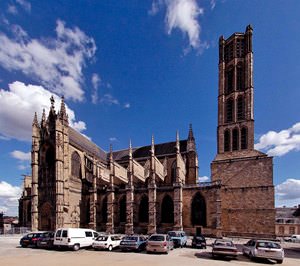 Limoges porcelain is known all over the world, therefore it is not surprising that a separate museum is dedicated to it. This is Le Pavillon du Verdurier where you can not only see magnificent works of art but also learn about the history of porcelain manufacture and production of household items of it. Another remarkable cultural institution is the Musée du Four des Casseaux where a porcelain factory was formerly based. You can also get acquainted with the traditional craft of locals in Cité des Métiers et des Arts where each exhibit is a genuine work of art. And these are products made of wood, metal, porcelain.
Shopping in Limoges - main shopping streets, outlets and boutiques
Limoges offers a lot of interesting places for shopping. One of the most attractive is the market Les Halles Centrales. It is the main grocery market in town and is housed in a very …

Open
Those wishing to listen to classical music or opera, watch a ballet or theatrical performances during their stay in Limoges should find time to visit the Opéra de Limoges. As for its building, it's worth noting that it was built in 1919 on the site of another one where circus performances were held. It's also a good idea to check the Théâtre de L'Union that hosts theatrical performances of any genre - comedies, tragedies, musicals, vaudeville. The theater building was erected in 1911 and named after the city trade union, but in 1971 it had to be closed. Thirteen years later, in 1986, the theater started operating again, delighting the audience with a new interesting repertoire. 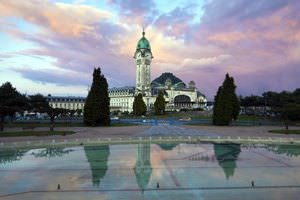 Gare de Limoges, the place from which many people start exploring the city, is also a historic monument of Limoges. The building combines elements of Art Nouveau, Art Deco, and neoclassicism. The architect who created such an architectural masterpiece is Roger Gontier. By the way, this railway station building is the main creation of the author. Among other his works are the already mentioned Le Pavillon du Verdurier, as well as Cité-jardin de Beaublanc and Cité des Coutures. Tourists are also advised to visit Hôtel de Ville, a masterpiece of architectural art by Charles Alfred Leclair who was the chief designer of the Palace of Versailles between 1881 and 1887. The Town Hall is primarily interesting for its facade with beautiful figures created by Tony Noel.
Guide to Limoges sightseeing - things to see and to visit
Limoges is the warmest city of France. It is famous by its porcelain and ceramic items of XIX century, by splendid local applied art, the basis of which is in the creation of coated ware …

Open
Among other religious monuments, there are several more worth visiting. For example, Chapelle Saint Aurelien built in honor of the patron saint of butchers. The small chapel was erected at the end of the 15th century, and, despite its size, is very attractive for both tourists and locals. Another shrine captivating with its magnificent architecture is Cathédrale Saint-Étienne built in the Gothic style in the 13th century. The cathedral acquired its current appearance in the 19th century. The interior is equally striking with its adorable decoration and beautiful frescoes. And among the priceless relics stored in the church, it's worth mentioning a rood screen made by order of Bishop Jean de Langeac, as well as his tomb depicting sculptural scenes of Dürer's "The Apocalypse".

This guide to cultural sights Limoges is protected by the copyright law. You can re-publish this content with mandatory attribution: direct and active hyperlink to www.orangesmile.com.
Limoges - guide chapters 1 2 3 4 5 6 7 8

What to visit during two-day excursion in Limoges

Public palaces near Limoges
♥   Palace 'Château de Nexon' , 19.9 km from the center. On the map

Cathedrals and basilicas near Limoges
♥   Ancienne cathédrale Saint-Étienne-de-la-Cité, Périgueux, 85.2 km from the center. On the map

Photogallery of cultural heritage of Limoges

Excursions over cultural sights of neighbours of Limoges

Tours
Another important attraction of Tours is located on the Place Plumereau; we are talking about the old Basilica of Sant-Martn. Named after the patron saint the basilica attracts pilgrims and curious tourists from all over the world. The undisputed symbol of the city is the beautiful Plessy-les-Tours Castle housing the Museum of Wax. For 20 years it was the principal residence ... Open »
Bordeaux
Start your acquaintance with the sights of the city from visiting Esplanade des Quinconces Square, which is also known as the largest square in Europe. Until 1827 the square was located on the site of a large medieval castle. Nowadays Esplanade des Quinconces Square is no more used to house defensive structures. Instead of them the square is full of monuments dedicated to ... Open »
La Rochelle
La Rochelle is a beautiful city with an abundance of historical sites. Those, who want to stay away from the bustle of big cities and noisy entertainment centers inherent to most popular resorts, would enjoy staying here. Most excursions begin in the port area of ​​the city, next to which a main landmark, the citadel of the 16th century, is situated. Walking through the old ... Open »
Nevers
Another interesting site to explore is the ancient Ducal Palace built in the 15th century for Count of Nevers. It is an amazing architectural monument combining elements of the Gothic and Romanesque styles. This palace has undergone many reconstructions. In the course of one of them, spectacular renaissance windows appeared on its facade and the interior was decorated with ... Open »
Aquitaine Region
Ironically, the oldest town hall in France was built for the well-known English king Richard the Lionheart and is located in La Reole in Aquitaine. The Perigueux city is famous not only for its Archeological Museum and Saint-Front Cathedral, built in the shape of a dome in the 12th century and reconstructed in the 15th century but also for the ruins of an ancient Roman ... Open »
Angers
Don’t forget to visit the museums that are open in the city. For example, Musee Jean-Lurcat et de la tapisserie contemporaine is one of the most unusual museums in the city. The museum got its name after Jean Lurcat, the famous French tapestry artist who was born in Angers at the end of the 19th century. The museum is open in a 12th-century historic building. In the 19th ... Open »

Culture guide to Limoges. Which fascinating sights to visit once you are in Limoges: temples, churches, museums, theaters and castles. Recommendations (with addresses, phone numbers and links) on the places 'must visit' in Limoges. Plan your own city excursion by using this page info!