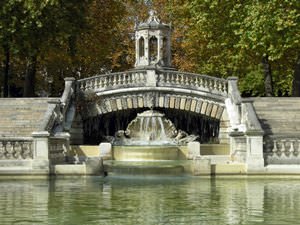 There are many projects of global significance among cultural and historical attractions of Bourgogne. The Basilica of St Magdalene is situated in Vezelay; it is the unique religious monument that impresses with its grandeur and beauty. The Cistercian Abbey is located in Fontenay; it’s another monument of world importance, which is associated with many interesting stories. Yonne is famous for its medieval buildings. There you can see two fabulously beautiful castles, Chateau d'Ancy-le-Franc and Chateau Guedelon.
Advices to travellers: what you should know while being in Burgundy
1.Travelers deciding to buy local wine as a souvenir are highly recommended to go to one of the wineries. All of them have specialty stores, where customers are offered to taste interesting …

Open
Dijon is very interesting in terms of sightseeing, so the usual walk along its ancient streets can turn into a fascinating tour. Palais Ducal has remained one of the main symbols of the city for many years. Currently it is the seat of the Museum of fine and applied arts. It's worth noting that all exhibits of the museum once belonged to owners of the castle. One of the oldest towns in the province is Avallon; in the 15th century it was surrounded by great protective wall. Some elements of defensive structures have been preserved to the present day. Hundreds of curious tourists come there to admire the historic monument. Tour Gaujard built in 1438 is considered one of the most beautiful fortifications.
The influence of the Roman past is clearly seen in Bourgogne; one of the most spectacular monuments of the Roman Empire can be found in Autun. We are talking about the Roman gate, which has miraculously managed to survive to the present day in its original form. The picturesque town of Nevers is also noteworthy; the charming Place Carnot would be the starting point for sightseeing tours around the town. Near the square there is the ducal palace of the 15th century, which has experienced a lot of renovations during its long history. Today, the facade is decorated with exquisite sculptures. Copyright www.orangesmile.com
Guide to Burgundy sightseeing - things to see and to visit
French Bourgogne is situates on the border between northern and southern Europe. A considerable part of its territory is occupied by pristine lakes and rich vineyards; many world famous …

Open
The main character of ancient Bon is the hospital with an unusual name Hotel Dieu. Built in the 15th century, it has a large and incredibly beautiful patio. The annual wine auction attracting fans of Burgundy wines from all over the world is held there. Magnificent ducal palaces and ancient abbeys, majestic castles, numerous museums and art galleries represent the versatile cultural heritage of Bourgogne.

In the section below, you can get one of our excursion, activities or city discovery tours over Burgundy and surroundings. Our website offers 10-30% lower ticket prices, when compared to the offline purchase on the spot.

This guide to cultural sights Burgundy is protected by the copyright law. You can re-publish this content with mandatory attribution: direct and active hyperlink to www.orangesmile.com.
Burgundy - guide chapters 1 2 3 4 5 6
Reference information
Map of all palaces

Public palaces near Burgundy
♥   Palace 'Château de Châteauneuf' , 26.7 km from the center. On the map

Cathedrals and basilicas near Burgundy
♥   Basilique Notre-Dame de Beaune, Beaune, 34.4 km from the center. On the map

♥   Ancienne cathédrale Saint-Vincent, Chalon-sur-Saône, 46.9 km from the center. On the map

♥   Basilique Sainte-Marie-Madeleine, Vézelay, 66.4 km from the center. On the map

Unique spots in Burgundy and near 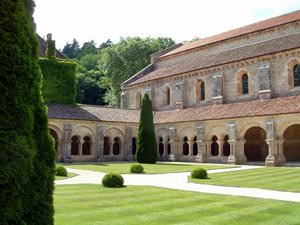 Distance from Burgundy center - 65.3 km.
The Abbey of Fontenay is the oldest surviving Cistercian monastery in France. It was founded in 1118. Its foundation was due to the rapid growth of the order. The 12th and 13th centuries were the heydays of the monastery. It has been falling into disrepair since the Hundred Years' War. The monastery was sacked by the army of the English conquerors during the war period. It lost almost all of its valuables. Less than 20 monks lived in the dilapidated monastery at the beginning of the 18th century. … Read further 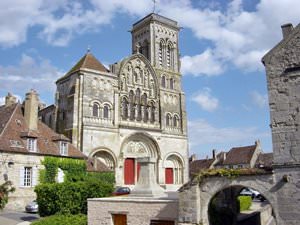 Distance from Burgundy center - 69.2 km.
A well-known religious landmark is located in the charming Burgundian village of Vezelay. This is the Basilica of Saint Mary Magdalene. It has remained the most important pilgrimage center in Europe for hundreds of years. The very first Benedictine abbey was founded in Vezelay in the 9th century. The very first monastic monasteries were founded on these lands much earlier. But they were destroyed as a result of the invasion of the Arabs and Normans. The abbey became a famous pilgrimage center in the 11th century. It was officially announced that the holy relics of Mary Magdalene were transferred to it during this period. … Read further 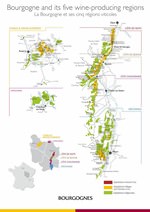 Photogallery of cultural heritage of Burgundy

Excursions over cultural sights of neighbours of Burgundy

Dijon
The majority of important excursion sites are located in the central region of the city. For many centuries Palais des Etats and the Palais des Ducs has remained the main symbol of Dijon. The beautiful building is surrounded by thick fortification walls that were built back in the 12th century. The construction of the beautiful palace lasted more than four centuries. During ... Open »
Nevers
A part of ancient fortifications mostly erected in the 12th-13th has been preserved in the city, which would be of interest to all fans of walks in historical places. Today, the gates Porte du Croux are considered the most interesting defensive element. The fortifications remained relevant until the 16th century. In the following years, locals began to dismantle them ... Open »
Besancon
The archaeological unit includes many findings that date back to the Neolithic, Bronze Age, and Iron Age; ancient Egyptian mummies, Roman mosaics, and various medieval relics. The drawing cabinet exhibits more than 5,500 works of famous European painters from the 16th to the 20th centuries. The Museum of Natural History is ideal for tourists with children. Open on the basis ... Open »
Lyon
A unique collection is represented by the Museum of Gallo-roman civilization. Among the exhibits there are household items, antique weapons, and even the ancient chariot. All this things have something common, as the age of exhibits is over a thousand years. Among other cultural institutions the Decorative arts museum points out; each exhibit here is a work of art. Extremely ... Open »
Geneva
Not far away from this sight is located English park, which is very popular among fans of outdoor recreation. Among the architectural monuments of the city we should definitely mention Palais des Nations, which currently houses the headquarters of the UN. This massive and beautiful architectural complex, which consists of several buildings, is surrounded by a beautiful park. It ... Open »
Lausanne
The historical part of the city starts not far from the square. The Place de la Palud square is considered to be its heart. The town hall building is set near the square. It was built in the second part of the 12th century. The roofed stairs start near the town hall building, the stairs lead to the top of the hill. In the 13th century the Cathedral Notre Dame was built there ... Open »

Culture guide to Burgundy. Which fascinating sights to visit once you are in Burgundy: temples, churches, museums, theaters and castles. Recommendations (with addresses, phone numbers and links) on the places 'must visit' in Burgundy. Plan your own city excursion by using this page info!