Detailed hi-res maps of Nevers for download or print 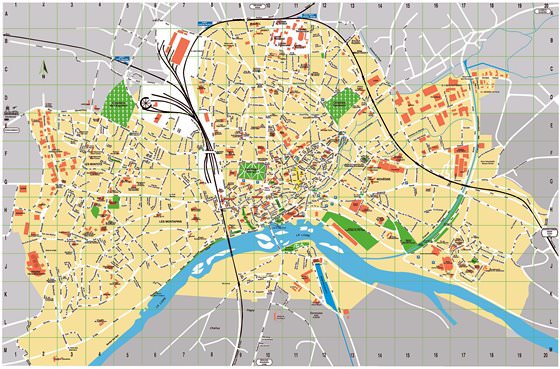 The actual dimensions of the Nevers map are 3520 X 2320 pixels, file size (in bytes) - 1499240. You can open this downloadable and printable map of Nevers by clicking on the map itself or via this link: Open the map. 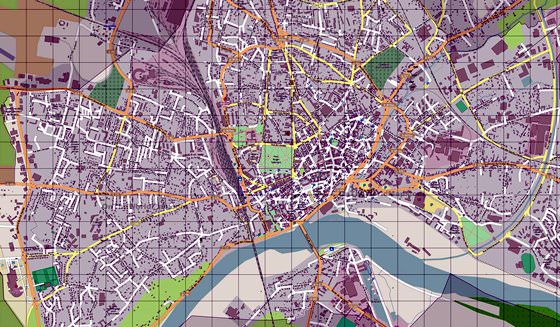 Search for services, infrastructure and sights on map of Nevers

Our guide chapters over Nevers

10. The city has several specialized stores where you can buy the best Burgundy wines. They often hold wine tastings and sell interesting regional delicacies. 11. Nevers is a major pilgrimage center so the largest number of foreign guests come to the city for religious holidays. Be sure to book a hotel room for such periods in advance. 12. The city's biggest and most visited tourist center is located in the … Open

Nevers for children - what to visit

In the end, be sure to pamper the kids with some tasty local desserts. That's how they can remember their stay in Nevers for a lifetime. At Les Gouters D'Enora Cafe, pay attention to chocolate eclairs, croissants, and pastries, as well as great pies. Le Fournil St Arigle is a bakery famous for its stunning pastries, and a visit to Station Sante Café will be a perfect complement to rest for those who prefer fruit … Open

Be sure to visit the Church of St. Peter that was built in the second half of the 16th century. Its classical facade retains many unique design elements: in its niches, you can see beautiful statues of John the Baptist and the Virgin Mary. Inside the church, there is no less interesting artistic value - unique frescoes painted by the best Italian masters in the 17th century. Paris Gate that can be seen on one … Open

Traditions and mentality of Nevers

Many travelers associate Nevers with world-famous Formula 1 racing. Circuit de Nevers Magny-Cours runs through the city, so F1 fans visit Nevers every year. If you hadn't a chance to witness the races, you can always visit one of the specialized stores and buy some souvenirs in the style of Formula One. In general, Nevers is characterized by quite a calm and casual rhythm of life, which many travelers compare … Open

Those who'd rather prefer a casual atmosphere should check out Tomate Et Chocolat. Guests appreciate it for both affordable prices and a diverse menu. Visitors are always offered a wide choice of meat and fish dishes, seasonal vegetable salads, and popular first courses. Since its opening, this restaurant has been popular not only among tourists but also among locals, which speaks for its high level. Fans of … Open

Those who prefer relaxing in a stylish contemporary setting will love Blue Line Lounge. Here, guests are also offered wonderful wines and signature snacks, as well as a broad selection of cocktails. Interesting show programs are held for visitors several times a week. Wine tastings are not rare too. Bar le Continental will appeal to those who like a noisy and casual atmosphere. Since its opening, it has been … Open