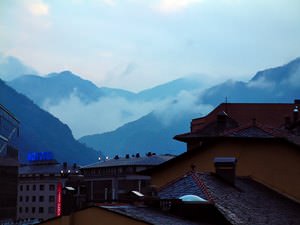 Many events take place every year in Andorra da Vella. This town is considered the highest of the European capitals. These are bright national holidays and very popular sports events. For example, the participants of the final stage of the FIM X -Trial World Championship compete here for several years. It takes place in the town sports complex at the end of April. Medals are traditionally played in two stages. Each of them includes five zones. In addition to the competition, the audience will be able to see the opening ceremony and awards, as well as attend the press conference of the athletes.
Excursion over cultural sights of Andorra la Vella - 'must visit' points of interest
One of the major symbols of the Andorran capital is the castle Sant Vicenc d'Enclar located on the hilltop. It was built in the 9th century. The castle was constantly reconstructed and …

Open
Stage of one of the major competitions of the International Cycling Union - the Tour of Spain, also takes place near Andorra La Vella. The ninth stage of the race is traditionally held on the territory of Andorra. Many interesting events are connected with French culture and traditions. The most interesting of them are held in the framework of the Season of French Culture. An interesting fact is that the events are dedicated not only to traditional French art or folk traditions. For example, the exhibition Ça chauffe pour la planète is entirely devoted to the problems of global warming and pollution of the environment by human civilization.
However, the Seasons of French Culture also include Andorra SaxFest in February, performances of the Comedie-Francaise theatre, and performances of young French theatergoers as part of the Andorra La Vella Youth Festival. It takes place in the early summer. It includes performances of professional circus artists and participants of street performances. Several dozen master classes in various areas of contemporary art are also held within the framework of the festival. Exhibitions of emerging artists and graffiti competitions are also held within the framework of the event. Copyright www.orangesmile.com
Your active city break in Andorra la Vella. Attractions, recreation and entertainment - best places to spend your day and night here
Picturesque shopping streets, world-famous thermal center, top-rated ski routes and amazing restaurants – exactly these places attract an attention of active tourists and fans of …

Open
The opening ceremony of the Cannes Film Festival is traditionally broadcast live on town screens. You can get acquainted with the recordings from last year's event in the cinemas in the town during the festival. It is also worth visiting Femina Femina, and other thematic exhibitions of French artists. They also take place as part of the Seasons of French Culture. You can see exhibitions traditionally in town museums, for example, in the Carmen Thyssen Museum. Degustations of famous French cuisine are held in the town from February to mid-July. 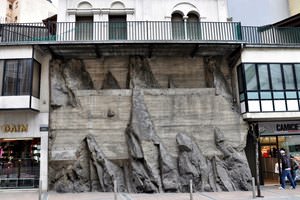 If you arrive in Andorra de Vella in the summer, during the solstice, you can see quite an interesting Fire Festival. The tradition of this event is rooted in the distant past, many centuries ago. This historical tradition was revived at the beginning of the Millennium by local enthusiasts - fallaires. They decided to continue the annual celebrations. Fallaires took as a basis eyewitness accounts of past years and historical observations related to the fire rituals in Andorra at the solstice. They were known from the books of travelers of the late 19th-early 20th century.
Top hotels in Andorra la Vella for business trip or short vacation
In the Andorran capital, there is a really great choice of luxury hotels. One of the upscale hotels, Holiday Inn Andorra, is located in the heart of the city. It will certainly please …

Open
However, it is worth noting that the festival has changed today. The locals do not burn real logs, but bundles of recycled paper tied with a special mesh. Children participate in the event not with a real fire, but with beautiful and bright led lighting. The assignments given to the major competitors Allaire were also changed. The competition is traditionally held in the early summer. However, the flamboyant ceremony involving fire, dancing, fun and a sense of some ancient mystery remained unchanged. In addition, the Fire Festival is included in the list of intangible cultural heritage of UNESCO. 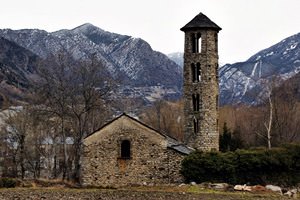 A bright spring flower show takes place every year in nearby La Massana. You can reach this place even on foot. The main town square Fontetes is filled with thousands of bright colors of all shapes and colors for two days at the end of the second decade of May. Exhibitions, workshops of florists and flower producers, concerts of folk groups, dance evenings are held at this time here. The focus is not only on Andorran flowers but also on all the plants of this small country during the Endoflora.
Winter vacations, ski slopes and resorts in Andorra la Vella
The most high-mountain European capital, Andorra la Vella, offers fans of skiing and other winter entertainments excellent conditions for their recreation. At present, beautiful gorges of …

Open
A major Christmas market takes place in the same square. However, there is also a fair in Andorra La Vella. It is held in the Plaça Guillemó. You can taste mulled wine, wine-boiled dried apricots, turrón, and Andorran pies at this time. Carnival is traditionally held in the town. Young people, who do not want to spend Christmas Eve at home, hurry here. You can meet Papa Noel on the streets and in the schools of the town throughout December. He is the local incarnation of Santa Claus. An interesting fact is that you can see caganer, who crouched by natural necessity away from Mary and Jesus, during the Andorran Christmas scenes.

This guide to traditions and festivals in Andorra la Vella is protected by the copyright law. You can re-publish this content with mandatory attribution: direct and active hyperlink to www.orangesmile.com.
Andorra la Vella - guide chapters 1 2 3 4 5 6 7 8 9

♥   Cathédrale Saint-Antonin, Pamiers, 68 km from the center. On the map

Traditions and festivals in cities around Andorra la Vella

Catalonia
Unlike Andalusia and other regions of the country, where flamenco has got an immense popularity, those in Catalunya prefer unhurried round dance with a huge amount of people participating. Jota dance is often performed at local celebrations; in other regions of Spain it has long ceased to be pertinent. Indigenous people are fond of parties, so they willingly celebrate ... Open »
Costa Brava
Beautiful crafts from wood and mother of pearl, home decorations, toys, antiques and jewelry are just some of the products that can be seen on such sales. Craft exhibitions have also become an inherent part of the cultural life of each city. Local residents have long been accustomed to lots of travelers, that’s why tourists are accepted warmly and with a share of curiosity. ... Open »
Toulouse
After the youth festival another fascinating music festival is held. The Summer in Toulouse Festival is well known to music lovers from all around the world. The beautiful autumn festival - The September Spring – is popular among fans of modern art and theater. It usually starts in the second half of September and lasts until mid-October. The string of colorful events and ... Open »
Barcelona
Spaniards have never been very punctual. This national trait is not a secret to anyone and so it is a typical reason for numerous jokes. Residents of Barcelona are accustomed to have a very late lunch, so local cafes start filling with visitors only after the noon. Dinners here are also fairly late, so many restaurants are open until midnight. When communicating with local ... Open »
Lloret de Mar
Fans of such celebrations would probably be interested in visiting the city at the height of spring when the traditional April Festival is held here. It is dedicated to the most important areas of national culture, both traditional and modern. During the festival, the best flamenco groups and streets artists perform for the audience, craft exhibitions, fairs, carnival ... Open »
Lourdes
If you are invited to dinner somewhere, you should remember that it is quite normal to eat at eight, nine or even ten o'clock in the evening here. Please note that home slippers are completely absent in the everyday life of most local residents. In general, of course, there is no dirt or debris on the streets of Lourdes. However, at first, it is difficult to accept the fact ... Open »