Detailed hi-res maps of Reims for download or print 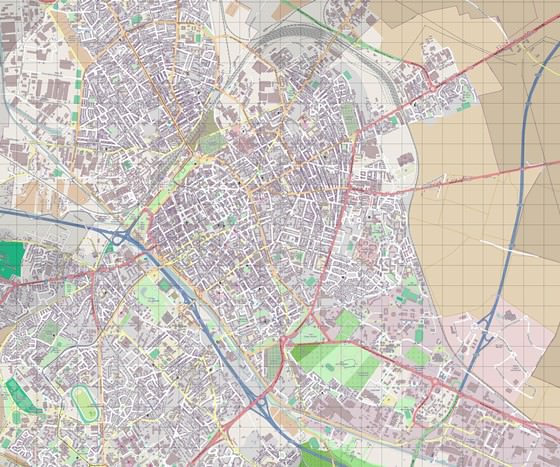 The actual dimensions of the Reims map are 4432 X 3697 pixels, file size (in bytes) - 4434421. You can open this downloadable and printable map of Reims by clicking on the map itself or via this link: Open the map. 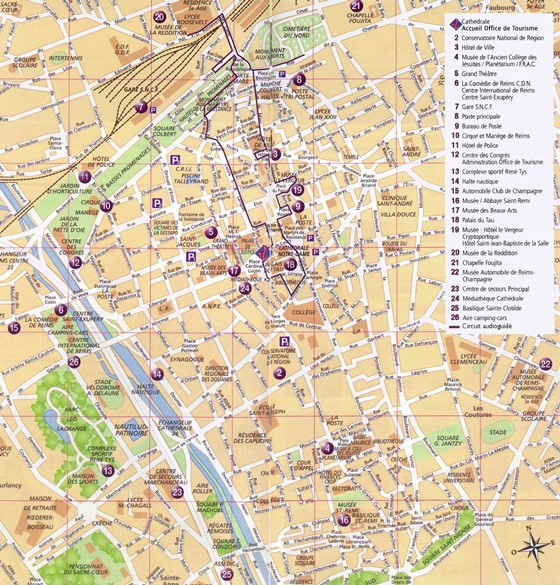 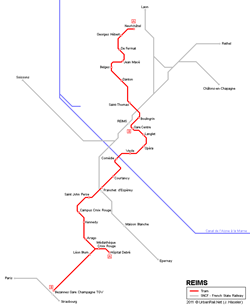 City tours, excursions and tickets in Reims and surroundings

Search for services, infrastructure and sights on map of Reims

Our guide chapters over Reims

The Vergè Palace Museum is located in a fabulous historical building. Its erection began in the 12th century. In the 16th century they added a new wing, so nowadays the complex of buildings looks rather unusual. In a certain period, a famous French photographer Krafft owned the mansion. Nowadays, the museum holds a collection of old photographs, as well as photographic equipment and personal belongings of the … Open

Traditions and mentality of Reims

The matter is that education and self-improvement are highly valued by local residents. They are proud of their culture and history. Many of them are keen on philosophy and art. If interlocutor is intelligent and well informed as well as interested in poesy or philosophy, the gift will be much appreciated. Moreover it will be a guarantee of trust relations. Books or art albums will be the best choice to present to … Open

Reims is a scenic French city well known for its upscale restaurants and charming cafes of international standard. The La Table Anna restaurant is the most in demand eating house of the city being the first choice place among hundreds of others among local residents and foreign guests. By its interior the restaurant resembles a classic French bistro. The guests will appreciate a vast choice of unique dishes and … Open

Many tourists identify Reims with the best sparkling wine, as one of the city streets locates old wine cellars, which are on the list of important touristic sights. Many cultural sights of Reims are of the worldwide significance. Among them tourist will discover the Notre-Dame being a unique historical monument. Its construction was started in 1211, and lasted for 100 years, almost all the French kings were crowned … Open