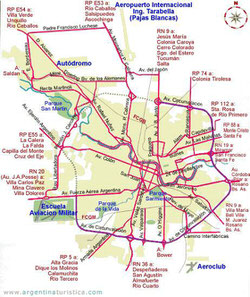 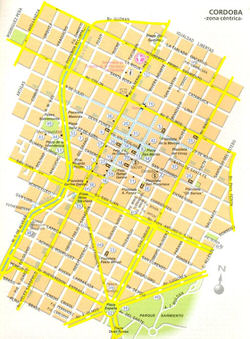 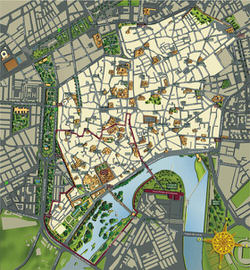 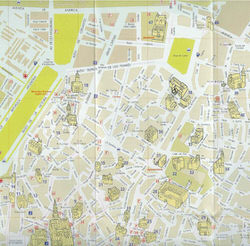 Interactive maps of hiking and biking routes around Cordoba

1. You can zoom in/out using your mouse wheel, as well as move the map of Cordoba with your mouse.
2. This interactive map presents two modes: 'Biking Routes' and 'Hiking Routes'. Use the '+' button on the map to switch between them.

This Cordoba map has two modes: 'Railway Network' and 'Landscape & Rural Map'. Use the '+' button on the map to navigate.

Our guide to Cordoba

In the immediate vicinity of Cordoba there is a beautiful palace complex, Medina Al-Sahara, which was built in the 10th century by orders of a local caliph. Beautiful city palace lasted only 70 years and was completely destroyed during the next Berber attack. The imperial palace is legendary. In the territory of the ancient complex archaeological works are held. Scientists never cease to find unique artifacts and … Open

Cordoba has won recognition among travelers not only because of an abundance of cultural attractions, but also because of a huge selection of entertainment options. Some travelers prefer to spend time at colorful markets and in shopping centers, others are attracted by scenic walking tours and outdoor activities. Regardless of preference, guests won’t get bored here. Near the center there is a popular riding … Open

In Cordoba, more than three hundred gastronomic venues are open; you can choose a place to stay that fits every taste and budget. One of the best restaurants in the city is Regadera; its menu includes popular dishes of Mediterranean and Spanish cuisine. Huge selection of vegetable salads, seafood, hot dishes and snacks will delight every visitor. Despite the fact that the Regadera restaurant has been at the peak of … Open

Traditions and mentality of Cordoba

Cordoba is a wonderful city with an abundance of interesting traditions and indescribable national flavour. In summer, an unusual holiday is held here, and there are no others resembling it in any other city in the country. We are talking about the Patio festival; this colorful festival has an interesting history. Nowadays it attracts a large number of curious travelers. In summer months, an exhausting heat falls on … Open